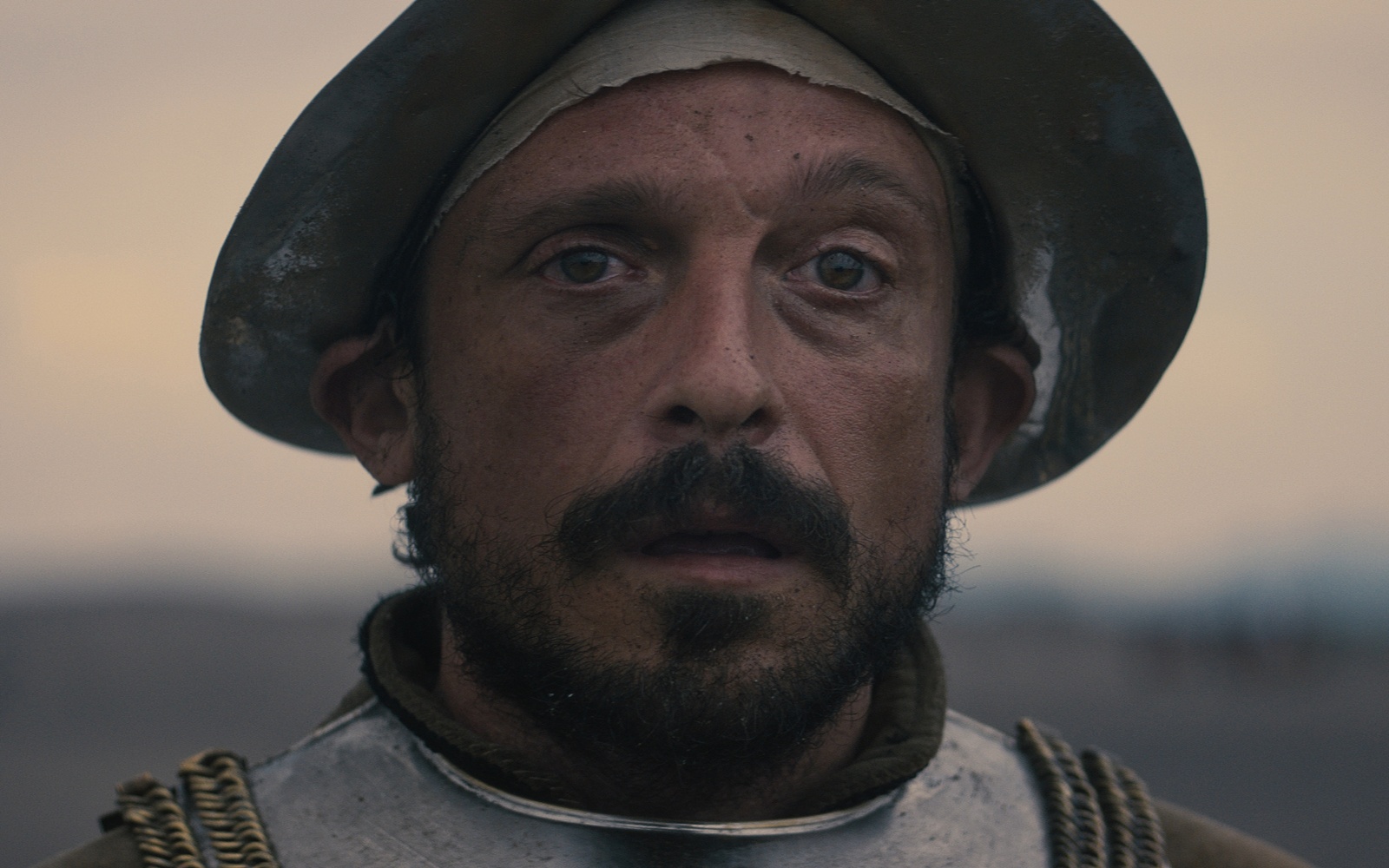 Although this year’s Tribeca Film Festival, like numerous other public-facing events, will not proceed as initially planned, the organizers are adapting quickly to our new reality, offering some of its programming online and a selection of films for journalists to cover. One of the most intriguing titles in the lineup is 499, the fourth feature from Mexican-born American director Rodrigo Reyes (Purgatorio, Lupe Under the Sun)

We’re pleased to exclusively premiere the first trailer for the film, which is described as a creative documentary, mixing fictional and nonfictional elements, that explores the brutal legacy of colonialism in contemporary Mexico, nearly five-hundred years after Cortez conquered the Aztec Empire. With striking cinematography by Alejandro Mejía, we follow a 16th-century conquistador (Eduardo San Juan) who time travels to witness how the reverberations of history in modern-day Mexico.

“The cinematic image has a unique magical power. Suddenly, on-screen, centuries co-mingle and the conquistador walks the earth again, confronting the stories of survivors,” says the director. “This felt so much more provocative and enriching than taking a traditional approach. What better witness to the lives of the real people portrayed in the film than the Conquistador? He is the one that needs to learn the most.”

See our exclusive trailer debut below.

Stranded in modern-day Mexico, a 16th-century conquistador (Eduardo San Juan) begins a journey, visiting bereaved relatives of murdered activists, exploring haunting strip clubs, and traversing misty mountains. A narrator brings to life text from old diaries, as the time traveler crosses over dunes and through bustling cities, detailing accounts of how the Spanish dehumanized the societies with whom they met, and with what impunity they maneuvered and battled. There are hints of remorse over the violence they unleashed, but these are few and far between.

Director Rodrigo Reyes combines documentary and a bit of fiction, using magical realism to draw a parallel between the apocalyptic sacking of Tenochtitlan and the harsh reality of many modern-day Mexicans. The carefully crafted cinematography and the dream-like style of the film serve as a gentle backdrop for the restrained tenacity and stubborn hope of all the migrants, activists, and grieving mothers. In bringing these issues to the forefront, 499 can provide a way for a country and it’s citizens to finally start healing from centuries old wounds.

499 was selected to world premiere at the Tribeca Film Festival.