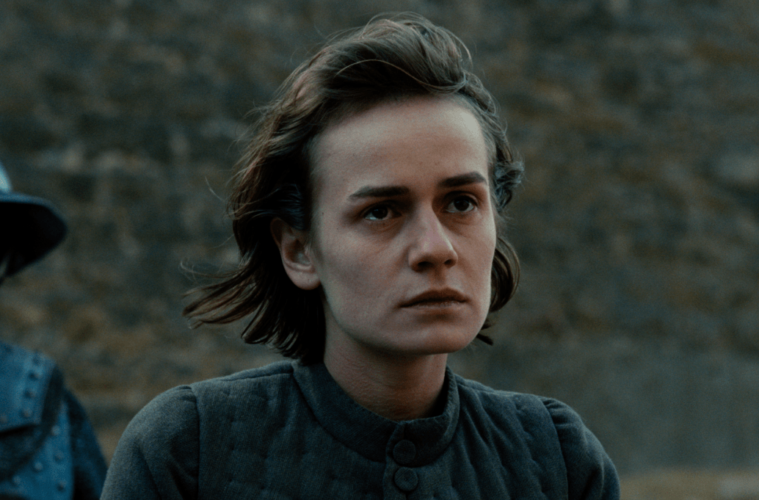 If one needs a span longer than Joan of Arc’s actual life to watch every film made on it, one should be confident in calling Jacques Rivette’s two-part Joan the Maid–first half subtitled The Battles, second half The Prisons–the very finest. However many years it’s been since I’ve done so myself, though, the effects of watching it make counter-arguments hard to even entertain. Another intimate, Rivettian portrait of shadowy societies that’s nevertheless inscribed on the epic scale of a war film, anchored by a Sandrine Bonnaire performance both tactile and otherworldly, and never flagging despite running through history told many times over, it is so great that, as with much of his filmography, a proper restoration seemed forever unlikely.

In a major turn, Cohen Media Group have salvaged the nearly six-hour project and will debut it at New York’s Quad Cinema on August 2. They’re kind enough to let us debut a trailer that, for this fan who’s only ever seen a DVD rip via YouTube, is almost startling in its clarity and vitality–the sign that something long neglected has been brought back to life, the satisfaction in knowing those who experience it henceforth will have something unarguably superior.

Watch our trailer premiere below:

For the first installment of his ambitious yet restrained two-part study, director and co-screenwriter Jacques Rivette surveys the revelatory period where Joan met with royalty, joined the army, and led the French into battle against the English. As Joan, Sandrine Bonnaire gets at the reality behind the legend, showing the matter-of-fact courage of a teenage girl. For both films, costume designer Christine Laurent was additionally co-screenwriter.

The second part of Rivette’s diptych, brought leading lady Sandrine Bonnaire a César Award nomination for her powerful performance. Joined in this installment by other excellent French actresses, including Edith Scob, Hélène de Fougerolles, and Nathalie Richard, Bonnaire taps into her character’s vulnerability as she plays out windows in the final two years of Joan’s life, from the battlefield victory to prison life to the stake.