Exclusive: KimStim Acquires Kiyoshi Kurosawa’s To the Ends of the Earth 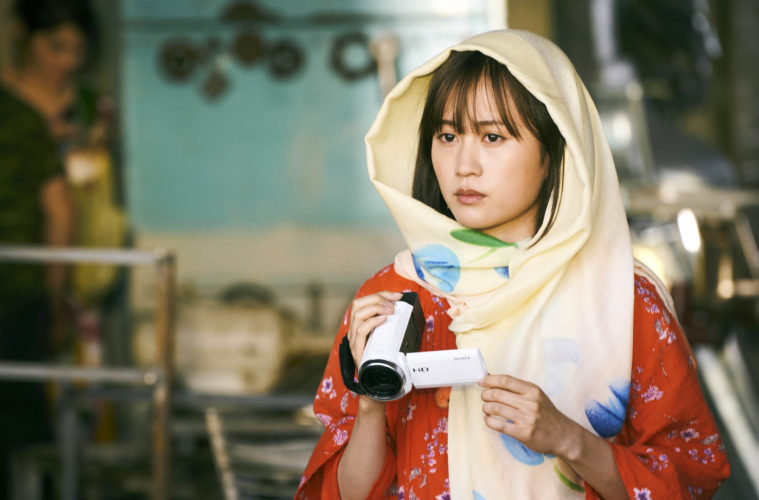 Earlier this week, we shared our feature highlighting the best festival premieres in 2019 that were still seeking distribution in the United States. Just a few days later, we’re thrilled to exclusively announce one of our favorites has now found a home.

KimStim has acquired all U.S. and Canadian rights to Kiyoshi Kurosawa’s To the Ends of the Earth, which premiered at the Locarno Film Festival, and was a selection at TIFF, NYFF, BFI London, Busan, Viennale, AFI Fest, Tokyo IFF, Taipei Golden Horse FF, and more in recent months.

Commissioned to mark the 25th anniversary of diplomatic relations between Japan and the central Asian republic of Uzbekistan, the film stars J-pop icon Atusko Maeda, formerly of the mega-selling girl group AKB48, traveling to Uzbekistan to host an episode of a TV travel show. Along the way, her chipper, though somewhat insular persona begins to unravel, threatening her own sense of self and place in the world. A brilliant mix of black comedy, travelogue, drama, and a send-up of “reality TV,” To the Ends of the Earth is both an entertaining tale of culture clash and a penetrating depiction of a young woman’s alienation and anxiety.

KimStim, who also released Kurosawa’s Creepy, plans a theatrical release for To the Ends of the Earth in mid-2020 with digital and other ancillary platforms to follow. KimStim’s Mika Kimoto completed the deal with Fumiko Nagata of the Tokyo based Free Stone Productions.

Leonardo Goi said in our review from its Locarno premiere, “Six years after his 2013 Seventh Code, Kurosawa leaves his familiar Tokyo grounds to embark on his second feature outside Japan, again with singer-cum-actress Atsuko Maeda as lead, only this time the setting isn’t Vladivostok, Russia, but the sprawling prairies of Uzbekistan, and the film doesn’t unfurl as a thriller, but a resolutely low-key, unassuming charmer, an intimate portrait of someone thrown into a foreign land and struggling to find her bearings back.”

We also caught up with Kurosawa at Locarno, where he spoke about the origins of the project, saying, “I always set out to make a different film, every time I begin a new one. I guess that’s just the kind of director I am. I am always drawn to new challenges, and to be able to work in different types of films feels like a dream to me. All that said, somehow I always end up shooting around Tokyo, the budget being the primary reason for that. Rarely do I get opportunities to shoot outside the city, let alone outside Japan. I never ask for those myself, but when I’m approached with a project such as To the Ends of the Earth, I am naturally drawn to it. There was Seventh Code, in Russia, and this one, in Uzbekistan. The producer came up to me and asked if I wanted to shoot a film there, and I said yes, thinking I’d be able to make another type of film if I were to do it over there.”

See an international trailer below.