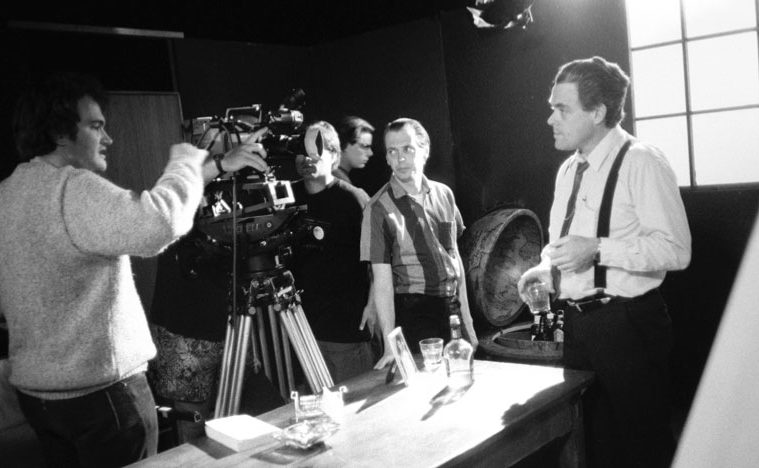 When Quentin Tarantino was an up-and-coming hotshot who no one could quite get a proper grip on, BBC produced a documentary and, whether intentionally or not, did a lot to pull back the curtain. Quentin Tarantino: Hollywood’s Boy Wonder — what should’ve been a fluffy promotional piece for his just-crowned Palme d’Or winner — is, even to this day, among the most insightful looks into his mind — during the early days, at least, when he was still living in a poster-lined Los Angeles apartment as a jittery young man wearing loud shirts. (As opposed to a manic older man wearing Wu-Tang sweaters to fundraisers, I suppose.)

Some new things a Tarantino connoisseur (yours truly certainly included) will learn from watching this: what role Terry Gilliam (interviewed here), Volker Schlöndorff, and Stanley Donen played in steering Reservoir Dogs; some extensive comments on his aborted feature debut, My Best Friend’s Birthday; a look inside his video-store days; and tidbits about how his upbringing foreshadowed a career. That a chat between he and Brian De Palma (excerpted below) is simply placed in the middle, yet might not even comprise the greatest pleasure offered herein, is indicative of the small treasure offered to this director’s fans.