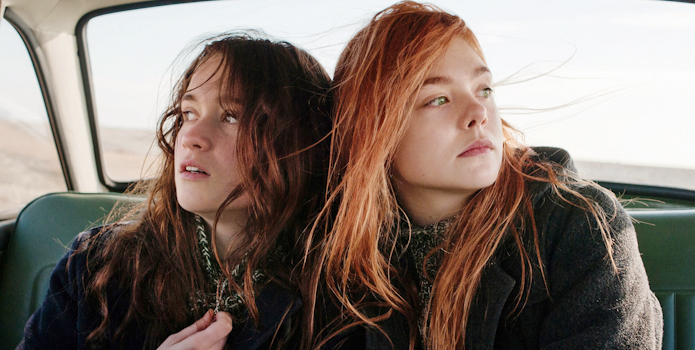 With a Toronto premiere set for today, we’ve got our first trailer for a coming-of-age period piece from director Sally Potter (Orlando, The Tango Lesson). Previously titled Bomb, Ginger and Rosa features We Bought a Zoo, Super 8 and Somewhere star Elle Fanning in a major leading role as a girl in 1960s London as she figures out just exactly what she believes in.

I’ve heard slightly mixed things, but this is a solid trailer that looks to give Fanning some much-deserved, seemingly strong material to work with. Backed by a promising ensemble, check out the trailer below via The Guardian for the film also starring Timothy Spall, Alice Englert, Oliver Platt, Jodhi May, Alessandro Nivola, Christina Hendricks and Annette Bening.

In 1962 London, two teenage girls, best friends since they were toddlers, are driven apart by a scandalous betrayal. Their mothers met in the hospital during childbirth, and Ginger (Fanning) and Rosa (Englert) have grown up together. Now teenagers on the cusp of maturity, the two become part of the emerging anti-nuclear protest movement. The relationship between Ginger’s parents (Christina Hendricks and Allesandro Nivola) is strained, with her father’s staunch activism at odds with the demands of home life even as a trio of family friends (Annette Bening, Oliver Platt and Timothy Spall) encourage Rosa’s own interest in the protest movement. When Ginger’s father begins an affair with Rosa, all their worlds crumble.

Ginger and Rosa showed at Venice and Telluride and will be at TIFF and NYFF, but has no US distribution yet.