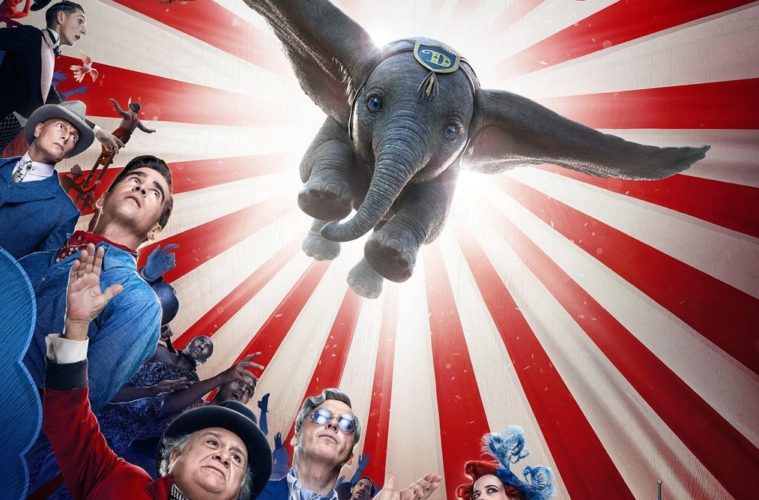 The onslaught of “live action” Disney adaptations of their animated films is a confounding one in many ways. They seem to be committed to remaking only their most popular films, which people already love and which have endured for generations in some cases. This may guarantee foot traffic on opening weekend, but it also risks tarnishing or diluting the brand. Most baffling of all, though, is the inconsistent fidelity of these adaptations. Some of the films are seemingly beat-for-beat remakes with added songs or backstory (Beauty and the Beast). Others are shaggier, stranger reimaginings that maintain the basic premise and arc of the original while feeling free to play more like a new arrangement than an actual reprise (Jungle Book).

Then there are the pointless, jaw-droopingly ill-conceived adaptations that seem neither remake nor reimagining. These strange beasts seem not only to disregard their animated progenitors, but to actively despise them, existing primarily to destroy that which came before. Maleficent was one of these ungainly, overly-designed monstrosities, though it hid its wicked designs under a different name, and thus bought itself some deniability. Dumbo has no such cover for its many and varied sins.

The original Dumbo is a classic albeit problematic tale of a big-eared circus elephant calf who loses his mom after she spanks a boy who had been mocking her child. The calf, named Dumbo to mock his affliction, must fend for himself in the circus with only the help of a kind-hearted mouse for company. Eventually, Dumbo learns that his ears help him fly, and his fame aids him in freeing his mother and gaining some level of respect and independence. This remake, directed by Tim Burton and written by Ehren Kruger, dispenses with most of the original’s most famous moments and characters and songs and replaces them with bland humans, base platitudes, and unconvincing CGI.

Colin Farrell is Holt Farrier, a veteran freshly returned from The Great War having lost an arm on the field of battle and his wife back home. He and his wife were a duo of circus performers, rough-riding gunslingers. Now he is left to take care of the elephants with his two kids–each of whom has barely one character trait to spare for the sake of the story. Joe (Finley Hobbins) is an energetic and adventurous young boy. His older sister Milly (Nico Parker) loves science. No particular branch or concentration, just the general concept of science. Both will, every now and then, state aloud that they miss their dead mother. When little Dumbo is born, both kids are the first to see and nurture his incredible gift for flight.

Missing is the talking mouse who serves as Dumbo’s friend and hype man. The charming and professional stork who delivers Dumbo like a package. The bender which results in the haunting Pink Elephants sequence. The heartbreaking moment when Dumbo’s mother cradles him in her trunk. The heart, the soul, the very sound of the original is gone, and in its place are two dead-eyed moppets who grind the film to a halt with their earnest-but-stilted delivery. Even Danny DeVito, who should be able to play the part of down on his luck ringleader in his sleep, can’t save the moments of the film he carries, spending half the film tottering around like a man concussed. Michael Keaton should be having a ball as an unscrupulous amusement tycoon, but he seems to be confused as to where he should stand, let alone how he should play his character. Eva Green even manages to perform the most unbelievable turn of her career by being completely unengaged in her dull role as a trapeze artist.

Meanwhile, the ostensible lead of this movie, the title character, is little more than a cipher. With his large, expressively rendered blue eyes and his large floppy ears, Dumbo cuts an adorable figure. However, in keeping with the rest of the film’s treatment of its animal costars, he has no personality. He is by turns curious and cowed, and barely seems to have any agency of his own. It is hard to pin down his character because his story has been sacrificed to serve the human characters. Somehow, the writer of this film decided that Dumbo ought not to be the main character of Dumbo, turning him into a plot device more than an active participant in the story.

The problem with Dumbo, beyond the aforementioned bloodletting its inspiration underwent in order to create the cold, dead narrative corpse that comprises the first act of this film, is the pacing. The film has barely introduced character names before it shifts their fortunes righteously, and a status quo never establishes itself before it is upended. This film could benefit mightily from a montage or two, some kind of interstitial moment to allow for a sense of growth and evolution. Instead, it simply cuts from one scene to the next, with no establishment of how much time has passed or what the new normal is. Dumbo flies once, then Keaton shows up to buy the circus, then it’s just about time for the first performance of Dumbo’s new act. Colin Farrell and Eva Green, both of whom could have chemistry with a particularly well-trimmed tree if asked, meet, meet again, then meet a third time, and not once do they appear to even be occupying the same space, let alone falling in love with one another.

Tim Burton does his usual thing here, creating a senseless and visually drab world that is simultaneously over-designed to the point of being impressive. Early scenes in a pastoral setting are a welcome change of pace from what one might expect from Burton, but as soon as the circus is brought to New York, all of the black spirals and weird, curvy angles you could ever want are on display. To be fair to him, though, one assumes this is what he was hired for, and he can’t be held responsible for a listless script and terrible idea.

Dumbo is a movie about circuses produced by Disney that seems to hate both circuses and Disney. While this could be subversively fun, it instead comes off as disingenuous and hypocritical. Less like Burton managed to slip one by the stuffed shirts in their high-ceiling offices, and more like he nodded wearily when they asked him to carry their water. At least he didn’t seem to expend too much creative effort in service of their duplicitous designs.