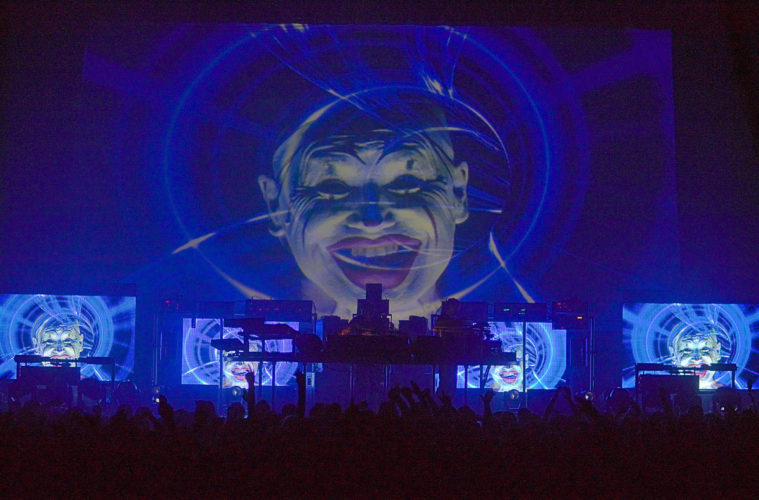 British electronic duo The Chemical Brothers made a big splash in Hollywood this year with their excellent score for Joe Wright‘s Hanna. They return next year, but back to what made them famous. Directed by one of their visual artist collaborators Adam Smith, the concert documentary Don’t Think will hit UK theaters next February. Culled together via 20 cameras, it looks an insane experience and I don’t do drugs, but if I were to, I couldn’t think of a better occasion then this. The visuals, coupled with their music, seems like quite a trip.

The concert is captured from a single night at Japan’s Fuji Rock festival and there was fifty hours cut down to the final film, with a handful of cameras being passed around the crowd. Smith said, “it’s a big cinematic experience. Even if you’re not a Chemical Brothers fan, you’ll go see their show and I hope the film has the same effect.” Check out the trailer below via Empire. Are you a fan of the duo? What do you think of this concert doc?