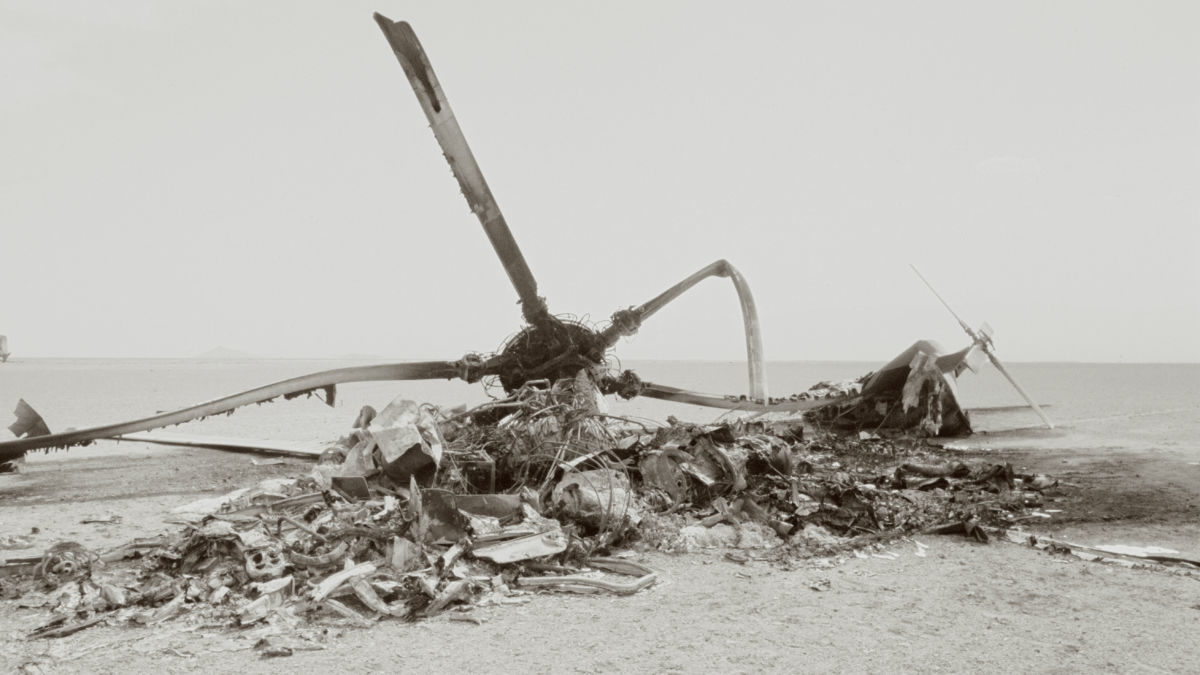 With production backing from The History Channel, Barbara Kopple’s sweeping, objective examination of the failed 1980 rescue attempt of the U.S. hostages in Iran under the Carter administration, Desert One, is an absorbing all-sides look at one of the most infamously botched military missions in our nation’s history. Combining talking heads from both U.S. and Iranian viewpoints, in addition to animated interludes by Iranian artist Zartosht Sotani, Desert One might be too conventional in its approach, but it is nevertheless an absorbing documentary.

Eschewing her usual vérité approach (notably in Harlan County, USA and Shut Up and Sing), Kopple dives headfirst into the historical context, exploring the rise of Ayatollah Khomeini after the overthrow of the Iranian Shah, long considered a puppet of American interests. Zeroing in on President Carter’s humanitarian approach to global relations, Kopple quickly jumps into the takeover of the American embassy and the forced confinement of 52 Americans by Iranian captors (this takeover, of course, also captured in Argo’s prologue). In response, the Carter administration passively attempts futile negotiations, before eventually deciding to stage a military rescue, Operation Eagle Claw.

Named after the staging area outside of Tehran, the bulk of Desert One recreates––through first-person accounts and animated sequences––the colossal blunder where seemingly everything went wrong. With History’s backing, Kopple is given extraordinary access, toggling between interviewing the Delta Force soldiers on the ground, the Iranians responsible for the hostage situation, in addition to members of the Carter administration including Carter himself. Desert One is comprehensive in its overall approach, noting the problems that Delta Force encountered (including faulty machinery and a well-traversed road next to the landing site), as well as the political repercussions that Carter suffered by publicly demurring to the Ayatollah.

As Carter says, at one point, “If we are successful, it will be your [the military’s] achievement. If we are not successful, it will be my defeat.” This prescient statement eventually foreshadowed his electoral defeat at the hands of Ronald Reagan. By opting to present such a large canvas, Desert One often cliff-notes larger political and global implications of the hostage crisis and Carter’s response. The failure of Operation Eagle Claw has obvious repercussions on the election, and Reagan’s heightened militaristic rhetoric on the campaign trail, but Desert One is often too objective to a fault, failing to push back against interviewees’ points of view. The film’s 360-degree approach to the mission lends a lot of valuable information, but an occasionally dry viewing experience.

Kopple’s film is at its most gripping when taking viewers through the mission, step-by-step, as Delta Force operatives lay out the original plans and how those plans became waylaid by a number of unforeseen factors. Once Desert One gets into the actual undertaking, rendered by a sparse animation style and interview voiceover, the film becomes fully engaging. During this midsection, Kopple pushes contextual information down in favor of her traditional vérité approach, only occasionally transitioning back to taped phone calls between the military higher-ups and Carter, who becomes more resigned as the mission clearly gets out of hand.

Was Operation Eagle Claw a major reason for Carter’s defeat? Desert One doesn’t come to any conclusions, but suggests that the mission served as a microcosm for Carter’s deferential approach to using military force. By presenting all sides, Kopple’s film provides objectivity at the expense of immersion, crafting an all-sides look at a well-known period in American foreign policy.

Desert One is now playing in Virtual Cinemas.