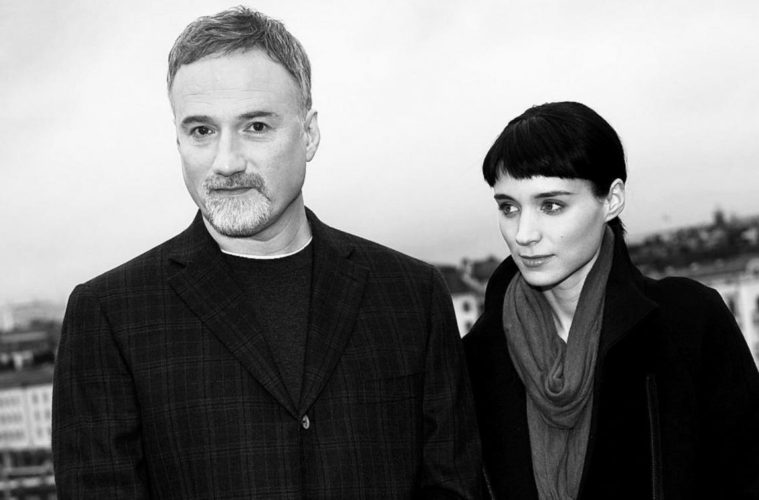 David Fincher May Reteam With Rooney Mara For ‘Red Sparrow’ With post-production underway on his adaptation of Gillian Flynn’s Gone Girl, David Fincher is weighing his options on what to jump to next. For a brief moment it was thought he’d reteam with Aaron Sorkin on a biopic of Steve Jobs, but he passed, leaving it in the capable hands of Danny Boyle. There’s the lingering option of returning to The Girl with the Dragon Tattoo franchise, but that seems less and less likely as time progresses.

A new prospect has now cropped up, one that could see him reteam with Rooney Mara after her role as Lisbeth Salander and popping up briefly in The Social Network. Deadline reports that the duo are circling an adaptation of Jason Matthews‘ spy thriller Red Sparrow and have set American Hustle‘s co-writer Eric Warren Singer to scribe.

We heard of the 20th Century Fox project last summer when it was initially set up for Darren Aronofsky, but he eventually passed. The story set in present-day Russia where officer Dominika Egorova is assigned to become a “Sparrow,” a professional seductress who must track CIA agent Nathaniel Nash. The globe-trotting project finds them in a web of deception and passion. Of course, with Singer just starting to begin the adaptation, it could take awhile to come to fruition. It seems like prime source material for the director and the actress, even if we’d like to see Fincher take on something a little more ambitious if this continues a string of pulpy novel adaptations. Check out the official synopsis of the book below and pick it up over at Amazon.

In present-day Russia, ruled by blue-eyed, unblinking President Vladimir Putin, Russian intelligence officer Dominika Egorova struggles to survive in the post-Soviet intelligence jungle. Ordered against her will to become a “Sparrow,” a trained seductress, Dominika is assigned to operate against Nathaniel Nash, a young CIA officer who handles the Agency’s most important Russian mole.

As the action careens between Russia, Finland, Greece, Italy, and the United States, Dominika and Nate soon collide in a duel of wills, tradecraft, and—inevitably—forbidden passion that threatens not just their lives but those of others as well. As secret allegiances are made and broken, Dominika and Nate’s game reaches a deadly crossroads. Soon one of them begins a dangerous double existence in a life-and-death operation that consumes intelligence agencies from Moscow to Washington, DC.

Would you like to see Fincher and Mara take on this project?