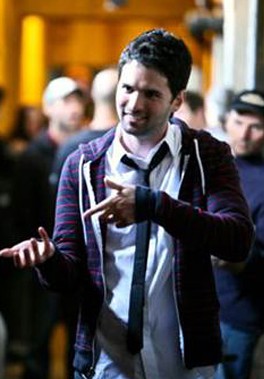 Late this August, the short Portal: No Escape hit the web and made a huge splash, racking up almost 7 million views. Inspired by Valve’s popular videogame, it paid off for director Dan Trachtenberg, who has mostly dabbled in commercials thus far. If you are like me, you may recognize the up-and-comer as a co-host on the popular Revision3 web series The Totally Rad Show. He is about to make a jump into Hollywood in a big way.

Deadline reports he is attached to direct the heist film Crime of the Century for Universal Pictures. The studio is working with Wanted and Fast Five scribe Chris Morgan and his production company. Daniel Kunka (12 Rounds) and Trachtenberg came up with the idea, with the former writing the script that “revolves around a high-octane heist with a science fiction twist.”

As someone who has followed Trachtenberg’s work for years as a big fan of his Revision3 show, it is great to see him finally break in with such a huge project like this. It looks to align with his sensibilities and Morgan showed he can create “high-octane” entertainment with Fast Five, so I look forward to see what he can do in a producing role. For now, check out Trachtenberg’s short below, followed by some behind-the-scenes.

Are you a fan of Trachtenberg? Looking forward to his Hollywood debut with Century?