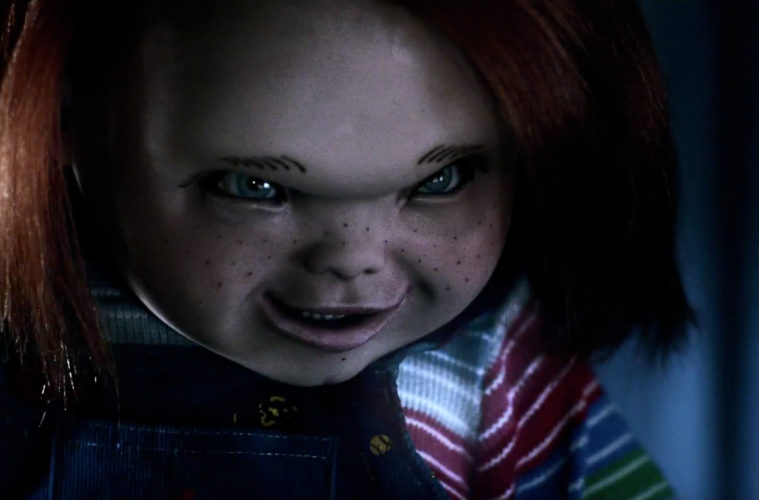 Franchises last, but do its creators? The common answer would be no, with Hollywood  favouring chewing up and spitting out any creative mind, yet Don Mancini has managed to write every single film in the 25-year Child’s Play series. He’s truly the voice of the icon Chucky, and having directed the last two efforts, Seed of Chucky as well as the brand new Curse of Chucky, he’s cemented that he’ll never let it go. He sat down with me at the Fantasia Film Festival, where Curse of Chucky was having its world premiere to discuss his history with the franchise.

When you wrote the first Chucky film, did you envision it as a franchise?

I had fantasies of it being a franchise, because this was in the mid-80’s and of course Friday the 13th, Nightmare on Elm Street and Halloween had a few chapters by then and I was a horror fan. So I had dreams of it, but I didn’t imagine that would really come to pass so it’s like I won the lottery in a way. It’s like when you’re working as a screenwriter in Hollywood, you’re aware that twenty other people are writing something very similar, so I always felt really lucky that I was like the first person to get the killer doll feature going, because that was part of the inspiration for the script, that I realized after seeing Talking Tina and Twilight Zone, and the Trilogy of Terror with Karen Black, which I’d seen and loved, but realized that nobody had done it as a full feature and I also knew that animatronics effects in the wake of Gremlins had gotten so sophisticated that the puppetry could accommodate what you wrote because I wanted to do it where you treated the doll as a character, that you could give him pages of dialogue. So the animatronics got to the point that the facial expressions and the sync with the lips was all possible now in a way they’d never happened before, so like I said, I felt that I was fortunate in getting there first, because I saw sure that there were twenty others that had doll movies.

There were talks of a Child’s Play remake, were there some specific ideas you had for that in terms of reinventing Chucky?

Yes, and some of them made it into this movie, because it was in vogue for awhile to do remakes of 70’s and 80’s horror franchises, and David Kirschner [franchise producer] and I were for awhile trying, but it just got mired in legal entanglements. I never wanted to do a scene-by-scene remake, that seemed like it would be boring and redundant, so I wanted to switch it up and I went, instead of Andy Barclay, could we make it a little girl, would that be more interesting? I wanted to subvert the expectations that fans would bring to it, like set up a scene where the babysitter is in peril but someone else gets killed instead, that kind of thing. My intention was always to throw curves at the audience, so when we finally came to Curse of Chucky, some of those ideas made it into the story. Some of the specifics of the murders; like one of the challenges is murder m.o., ways of killing people. Like what concept can you come up with; Chucky has stabbed a lot of people, he’s electrocuted a lot of people, but he’s never poisoned anyone before, so that was a new one. And that was something that even when I was going to do the Child’s Play remake; that whole Hitchcock-ian scene with Chucky poisoning one bowl of chilli, that was always a setpiece.

How have you managed to keep control of the franchise?

I live in terror over that every day [laughs]. At this point I hoped that I’ve proven myself, having created it and my batting average has been better than 50% over the course of six films and twenty-five years, so that enters into it, but as it’s being alluded to, everyone is replaceable and I’m horribly aware of that every day, so I’m fortunate for David Kirschner and Universal Pictures.

What do you bring as a director that others in the franchise, such as Ronny Yu or Tom Holland didn’t?

That’s a good question; because they’re both terrific directors and they both did great jobs on those respective movies. I guess what I bring to it is the fact that I created the character; I know the history of this franchise better than anybody, actually that might be arguable because sometimes I meet fans who’ll point out inconsistencies but that’s what I bring. Obviously I’ve only done two films as a director so I like to think that I grew as a director from Seed to Curse. Obviously Ronny and Tom when they made their respective Chucky movies had several films under their belt, though actually come to think of it, Tom had done Fright Night and Fatal Beauty, so he’d only had two, but he’d also started as a writer, so we’d had similar career paths, so I’m just as deserving as Tom Holland [laughs]. But Ronny, I love Bride of Chucky and I think he did an amazing job directing that film and his DP Peter Pau, that movie is amazingly photographed and I learned a lot. I’ve learned from all the directors but I think especially Ronny, I would aspire to be a director of his calibre.

Well it’s interesting, because I feel that partly you’re implying that there can be a benefit in waiting, certainly there can be a benefit in what is called in the world of marketing and advertising, consumer fatigue. Because I think that part of the problem with Child’s Play 3 was not just my own creative exhaustion, but the audience’s, because Child’s Play 2 came out in November 1990, and Child’s Play 3 was nine months later . I think it is possible for people to just get too inundated with Chucky. But I sensed this last night and online but people are really wanting to come back, so that’s great.

Fiona Dourif is the lead in the film, and there’s definitely a theme of family running throughout; was her casting inspired by this?

Oh no, that’s a total coincidence. When I was writing it I wasn’t thinking of any specific actress and she was among a couple hundred actresses who read for the role and was great. Did you think she was?

I thought she was totally great.

I was just curious to hear because she’s been working for a few years now but in a way I feel like she’s been a part our discovery because this is her first big lead I guess. She just blew me away, but she was so good that I just initially resisted it, because I initially wondered if I was just being carried away with all the other implications because it dovetails with the story of Brad Dourif playing this character in an interesting way but really it was just coincidence, she was the best candidate for the role.

Curse of Chucky screened at Fantasia Festival and hits VOD on September 24th and DVD on October 8th.