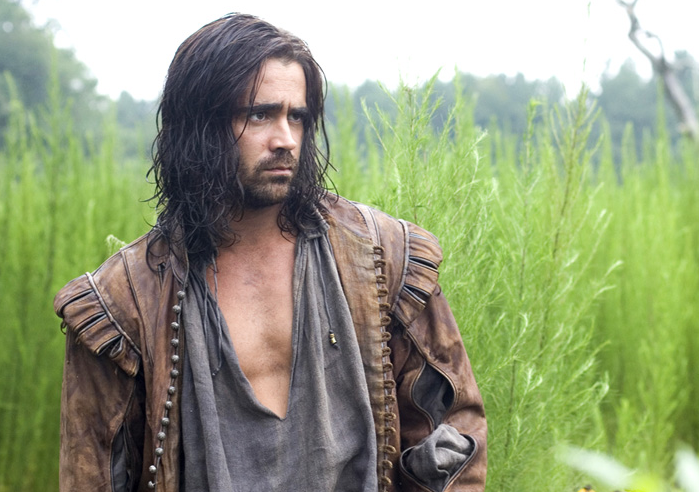 With a new restoration of Terrence Malick‘s exceptional historical epic The New World recently arriving on the Criterion Collection, remembrances and examinations are surfacing. In classical Malick form, The New World is at once beautifully sweeping and tactile and raw, painting broad themes and grasping intimate moments into a sensory experience that transports viewers to Jamestown, 1607, as worlds and cultures collide. Thanks to Criterion, a brief video of star Colin Farrell has been shared in which he recounts working with the legendary director and how these two styles came to pass.

“For Terry, there is this contradiction between how prepared he was — and how much I believe the vision of the film lived within him and how he can see it clearly,” Farrell recalls, “and [yet] also how he was moved by nature, and how he’d be moved by what he saw.” On this note, he tells a wonderful anecdote of how Malick would film an actor delivering lines, and then hear a bird and pan over to it mid-dialogue to capture the moment. This is quintessential and exemplary of the perfectionist’s free-flow style and openness to the moment of nature, combining his obsessive, careful planning with spur-of-the-moment beauty. “It’s a perfection he’ll never achieve, thank God,” Farrell states, “because life just changes too fast.”

In addition to this remembrance, Criterion also shared the essay by Tom Gunning, which recalls The New World’s entrance into Malick’s then-brief cinematic canvas and its great expansion of his now-famous, singular voice in film. Expanding upon the style of his previous work, the poetic and raw The Thin Red Line, Malick’s follow-up took the multi-voice narrative that marked it a divergence from his two previous works and allowed it to blossom even further, showing the complex and formative interaction of the events in Jamestown — including genocide — from differing perspectives, while not shying away from the pure horror of these acts. In essential Malick form, these clashes are often shown through varied environments and spaces more than character and dialogue, pairing the essayist’s thoughts with those of Colin Farrell: Malick is forever caught in the moments of nature, unable to fully remove himself from an environment as he works in it. After all, that just wouldn’t be human.

See Farrell’s thoughts below, which is part of a longer discussion on the disc, along with an interview featuring the cast from during the theatrical release.

The New World is now available through Criterion.