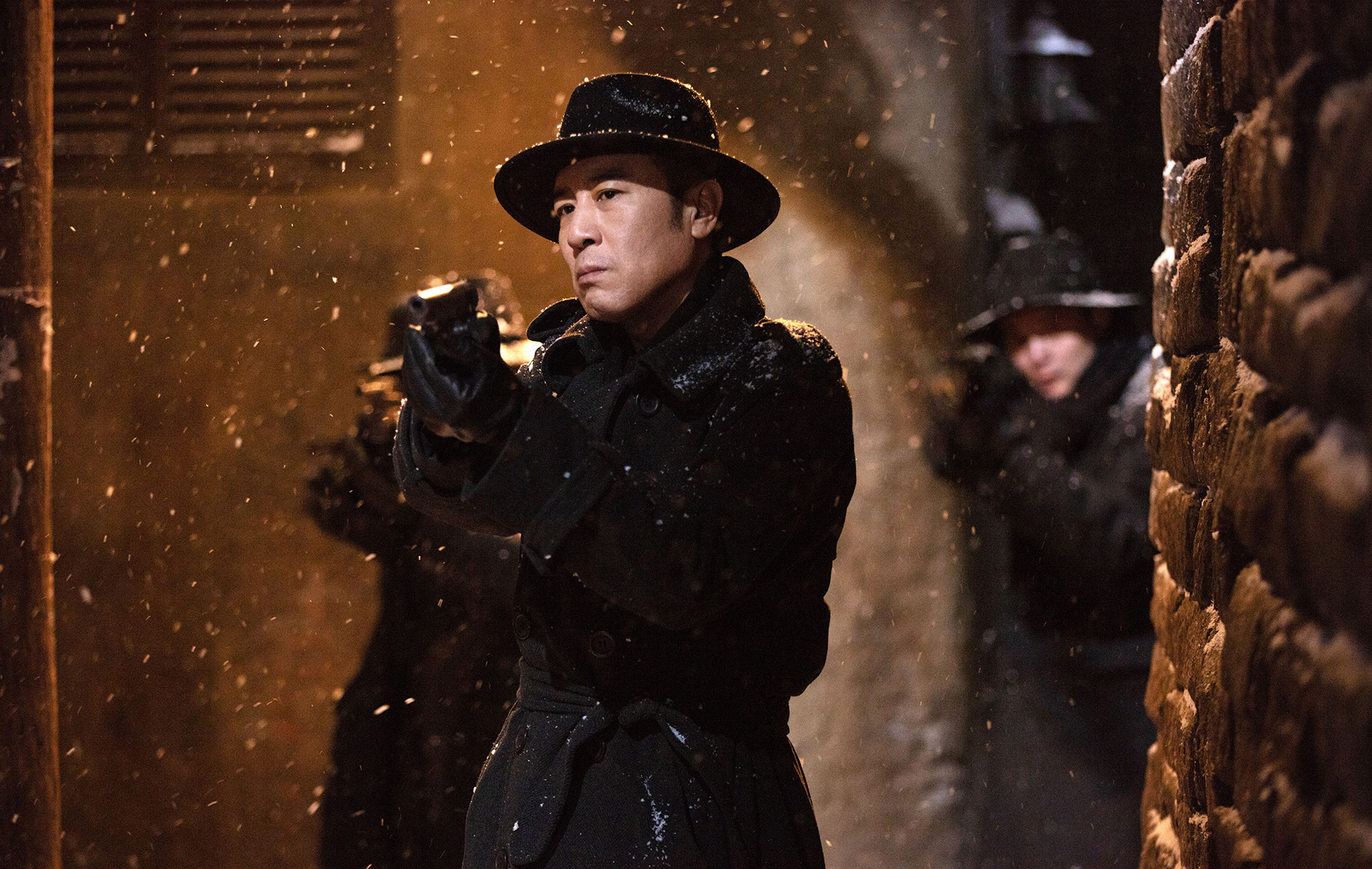 The mission: parachute into Manchukuo (an area of China under the unofficial control of Japan during the 1930s), find escaped comrade Wang, and escort him to freedom. It’s what Communist party operatives Zhang (Zhang Yi), Yu (Qin Hailu), Chuliang (Zhu Yawen), and Lan (Liu Haocun) have trained to accomplish during years spent in the USSR and they’re willing to give their lives towards that goal. It shouldn’t therefore be surprising when a last-minute order necessitates them splitting up into pairs that in turn splits up their marriages. There can be no question of treason. If one is captured, his/her love for the other cannot be used to compromise the operation. Zhang and Lan go one way while Yu and Chuliang go the other. Both walk into a trap.

Zhang Yimou and co-writer Yongxian Quan’s Cliff Walkers wastes no time in delivering the first of its spy genre twists to ensure we’re always questioning the actions on-screen thanks to the kind of traitor you can’t avoid: those who simply wish to live. Call Xie Zirong (Lei Jiayin) a coward if you’d like, but that’s the choice he makes with a gun held to his head. And it only takes his treachery to render Operation Utrennya dead on arrival. Suddenly Section Chair Gao (Ni Dahong) (a Japanese ally) and right-hand man Zhou (Yu Hewei) have a leg up on this communist quartet. They can send their own spies to pretend to be their contacts with the right codes to make it seem legit. Victory is all but assured.

Except we need a reason for this movie to exist. The simple solution is thus vigilance. Make it so Zhang and Yu are too smart to not be skeptical of everything—the dynamic that they are seasoned and in charge with Lan and Chuliang being the younger novices is never hidden. Have them test everyone who comes in contact with them, whether friend or foe, to always have some semblance of control. Catch the right person in the wrong lie and familiar codes become meaningless by comparison. But knowing the truth brings its own problems too since subterfuge is often the only reason one’s enemy hasn’t yet attacked. They’ll need some extra help to combat that in the form of yet another embedded spy no one knows about.

It’s not long before the mission proves a MacGuffin that gets us on the ground. We forget about Wang almost as soon as we hear his name because his four potential saviors are quickly in need of saving themselves. The result is an intricate cat and mouse game full of spies carefully choosing their spots so as not to give up their own positions in order to protect a comrade stuck in the deep end with little room to maneuver. Sacrifices will need to be made. Torture becomes a constant (and Zhang Yimou isn’t afraid of depicting it with horror film brutality). And the tendency to shield the audience from the whole picture in order to make us guess before the truth is revealed in the next scene increases.

The latter comes across as clunky with jerky editing feeling as though small snippets were cut back in for contextual clarity even if they didn’t naturally fit the tonal consistency of the moment. It’s common to therefore have your investment jolted every once in a while—forcing yourself to move outside the characterizations to absorb certain scenes as pure narrative necessity before settling back in for the dramatic suspense. You get used to it, though, since that dramatic suspense is for the most part very effective. Between a train scene that’s almost entirely populated by the quick, pointed glances of six characters trying to read the room and a static car chase of four vehicles waiting to see who moves first, the quiet moments are often the best.

The seasoned director does a good job mixing in some kinetic action too, whether a high-speed car chase or multiple instances of one person desperately trying to shake off his/her assailants in pursuit. Zhang Yi headlines the most memorable example of the latter with Gao’s lieutenant Meng (Fei Fan) closing in. The filmmakers inject some humor as well—mostly at the expense of Yu Ailel’s Jin—to ease tensions every now and again. It’s a welcome reprieve to the otherwise severe atmosphere intrinsic to a scenario with such a brutal history. When a big subplot deals with Zhang and Yu accepting this assignment to try and find the children they left behind when Japan invaded, the personal stakes are often shown to overshadow the political ones. We’re talking heavy generational trauma.

And with that comes as many bad ends as good. Zhang Yimou and Yongxian Quan aren’t here to pretend these fights are won by grand heroics devoid of casualties. They know it’s about the small victories, the martyrs, and the strength to know when the right choice—the only choice—is letting a comrade die. The stakes are therefore real. Our heroes will be captured. Escapes will be weighed against collateral damage to the overall war rather than individual missions. And the complex machinations necessary to save one life at the expense of hundreds are fully exposed. Focus shifts from Zhang to Zhou to Lan, ensuring we realize how isolated everyone is even when they’re so unavoidably intertwined. This story is ultimately about the heroes who never return.