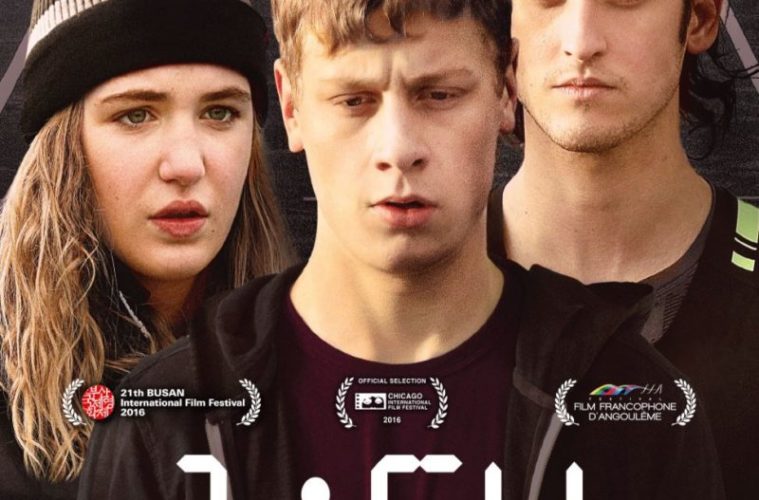 Antoine Olivier Pilon has a naturally defensive presence. Previously the breakout from Xavier Dolan’s caustic melodrama Mommy, his body language is less reactionary than compensatory. When he responds, it’s like the pull of a slingshot, a persistent clenching that the audience worries will never unleash. From the first moment he’s seen on screen in Yan England’s debut, 1:54, he’s fighting at unseen expectations of the universe.

Unfortunately, Pilon’s performance is by far the most engaging part of the film, a restless but ultimately familiar crossbreeding of coming-out experience, after school special, and sports achievement story. As the film begins, Tim (Pilon) spends his days in social isolation, creating science experiments with his best friend, Francis (Robert Naylor), in the hopes that they will impress their classmates. But Tim is developing other feelings for Francis, as seen in a charged moment where Tim hovers over the sleeping Francis, deciding whether or not to kiss him. Not unlike the recent, The Girl I Love, 1:54 pivots on the momentous moment when a friendship gradually grows into something more sensual.

But 1:54 is less about these feelings or this relationship than coping with the consequences of these sensations. After brief glimpses of Tim wrestling with his sexuality in private, the film is set into gear when Francis finally admits that he’s gay after a routine bullying session. Tim has long known, but he can’t handle the pressure of association with a gay best friend, and he plays the fool when confronted by the bullies. Not a day later, Francis is driven to commit suicide despite Tim’s covert attempts to comfort him.

Written by England, it finds a solid starting point in tracing how the guilt over the suicide affects Tim, but the script has a problem of being both overwritten and overly confident in the thematic importance of its main plot. Forgoing Tim’s interest in science, the rest of the dramatics hinge on a brief narrative understanding of Tim’s past as a runner. It turns out that, years ago, Tim was a nationally recognized runner until he quit about five years earlier when his mother died. The connection there is left unexplained, but is repeatedly nodded to.

The more egregious jump is that one one of Tim and Francis’ most persistent bullies is the current star of the track team, and years earlier, had repeatedly come in second to Tim in competitions. Thus begins the central part of this film as Tim rejoins the track team and becomes singularly obsessed with beating the national record of 1:54 in the 800 m. Tim’s rationale is that the only way he can get his revenge is by taking what’s most dear to Jeff.

In the midst of all of this over plotting, there’s also a side friendship with Jen (Sophie Nélisse), a spunky classmate who fearlessly stands up to people like Jeff. She’s witnessed the bullying for a long time, and in wanting to be supportive, also agrees to act as Tim’s girlfriend so he’ll be more readily accepted. Soon enough, he’s being invited to parties where he’s even upstaging Jeff in beer bong competitions.

There’s another plot twist at a party, but it’s less worth discussing than representative of the film’s inability to understand the balance of plotting. The tone is equally wonky as it moves between the inspirational sequences of Tim practicing laps in the pitch black, and his Tim’s increasing discomfort with his own urges and a specter of Francis who keeps bothering him as a continual reminder of his betrayal.

Doinel most effectively brings his characteristic explosive energy to these scenes as he tries to outrun his demons on the track and in the comfort of his bedroom. England doesn’t just make this an internal struggle though, as he reveals the subterranean horror of bullying through in-person and online experiences with the bully. But even as some of this is successful in bringing out the atmosphere, there’s an unspoken incongruence in the film’s belief that Tim’s form of payback makes sense. Especially in regards to a final swerve in the last 15 minutes that could have added a subversive touch if it was played more coyly, 1:54 is so convinced of its own convictions that it fails to recognize that it’s running towards the wrong goal.

1:54 screened at the Chicago International Film Festival and opens on March 9, 2018.