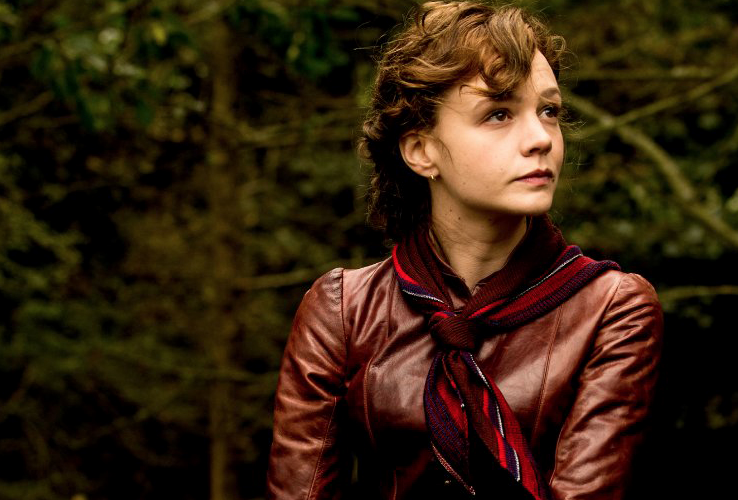 It’s been five years since we got Dee Rees‘ remarkable debut Pariah and while she followed it up with the HBO movie Bessie, we’ve been waiting to see her get back to theatrical features. We won’t have to wait long either, as she’s set to direct Carey Mulligan, Garrett Hedlund, Jason Clarke and Jason Mitchell in the World War II drama Mudbound. Variety reports that the film, adapted by Virgil Williams from Hillary Jordan’s 2008 novel, “revolves around a city worker in a WWII-torn country who relocates his family to a failing Mississippi farm and is forced to overcome insurmountable hardships, including his brother’s return from war.”

After breaking out with her portrayal of Nadine Macaluso in The Wolf of Wall Street (named Naomi Lapaglia in the film), Margot Robbie will get another chance to bring a real-life story to screens. According to Deadline, she’s attached to star in I, Tonya, a drama about figure skater Tonya Harding, who was set to go toe-to-toe with Nancy Kerrigan in 1994 Olympic Games before Harding’s ex-husband Jeff Gillooly tried to deter Kerrigan by assaulting her. Although no director is attached yet, expect news soon. While we look forward to Robbie digging into the material, if she decides to drop out, there is a perfect replacement.

Next up, Emma Stone is coming aboard Nick Yarborough‘s Black List script Letters From Rosemary, Variety reports. Also without a director currently, Stone is set to lead as Rose Marie “Rosemary” Kennedy, sister of John F. Kennedy who had behavioral problems that resulted in her lack of success compared to her siblings. Because of her disability, she underwent one of the first prefrontal lobotomies at the age of 23, leaving her permanently incapacitated.

Lastly, it’s been a few months since we heard about Bong Joon-ho‘s Snowpiercer follow-up, the monster movie Okja, which Netflix and Plan B has backed for a 2017 release. It’s now moving forward, albeit with a slightly different cast. Jake Gyllenhaal, Tilda Swinton, and Kelly Macdonald are all still on board, but Bill Nighy has dropped the project and Paul Dano is up in the air until he confirms his schedule. According to The Wrap, Lily Collins has now come aboard in a leading role, to play “an anarchist named Red who’s the only female member of the higher-ranked ALF.”

With production kicking off shortly in Korea and the U.S., the director has said of his creature, “It is a bulky animal, but with a mild and kind spirit. The film is about a warm friendship between a country girl and a brute with stories. To me, the crazy world surrounding Okja and the girl looks more like a monster. I want to depict the two characters’ bizarre journey and adventure across the tough world in an original fashion.”