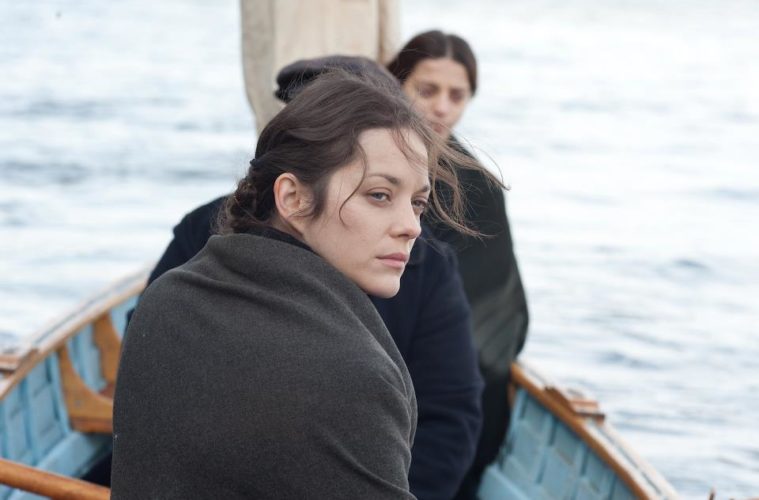 Set in 1921 New York, The Immigrant is writer-director James Gray‘s sprawling tale of an American dream gone awry. Immaculate production design and stunning cinematography by Darius Khondji evoke the era-appropriate atmosphere in a manner not at all dissimilar from Gordon Willis‘ design of The Godfather Part II. The final effect is a film laden with nostalgia that feels ripped right from the past, making way for its own unique examination of a transformative period in American history. Known for his character-rich stories, Gray weaves a compelling yarn of two Polish sisters who encounter unforeseen complications when trying to immigrate at Ellis island: a parable about what makes the United States a complex paradox of capitalist dreams and hopes held both by everyday citizens and those aspiring to become one. Centering on Ewa Cybulski (Marion Cotillard), a beautiful young Polish woman trying to escape her past, the film relays a struggle to reunite with her sister, Belva (Dagmara Dominczyk), after being separated over fears of tuberculosis. With no one to turn to, she encounters Bruno (Joaquin Phoenix), a wise-talking con man who helps her get on the streets of Manhattan in exchange for turning tricks as part of his prostitution ring. Despite being strong willed and self sufficient, Ewa falls prey to Bruno’s ways until, one day, she meets his cousin, Orlando (Jeremy Renner), a charming magician who wants to save her from this fate.

Anchored by two commanding performances from Cotillard and Phoenix, the script by Gray and the recently deceased Ric Menello finds new depths in and dimensions to its characters from the opening frame to the last. Renner, if only on the page, comes off a bit more flat, his magician schtick feeling a bit too campy and out-of-place with the rest of the film’s willfully archaic tone. The Immigrant is also a great achievement in photographic capturing, spectacular cinematogaphy very strongly recalling the New York of the aforementioned Coppola picture and Sergio Leone’s epic Once Upon a Time in America. Careful manipulation of lighting and wholly accurate production design further heighten this sense of place and time, in its delivery giving audiences a chance to inhabit the lives and struggles of working class people from another era as if it were our own. Yet one troubling aspect persists throughout: an odd sense of contrivance when dealing with specific scenarios and interactions between leads. Moments, oftentimes, feel awkward — particularly with, again, Renner’s Orlando — but even certain scenes with the typically rich Ewa and Bruno resonate as oddly inert. Such passages — including a first half that works in stops and starts — can render these proceedings, at times, just slightly dull, though when the film does shine, it does so brightly, including a chase scene through Central Park’s secret passageways and Ewa’s arrival to New York. Thankfully, The Immigrant concludes with one of the best final shots in recent years: a perfect combination of composition that reflects the inner turmoils of its characters — perhaps a little more brightly than Gray or Menello did on the page.