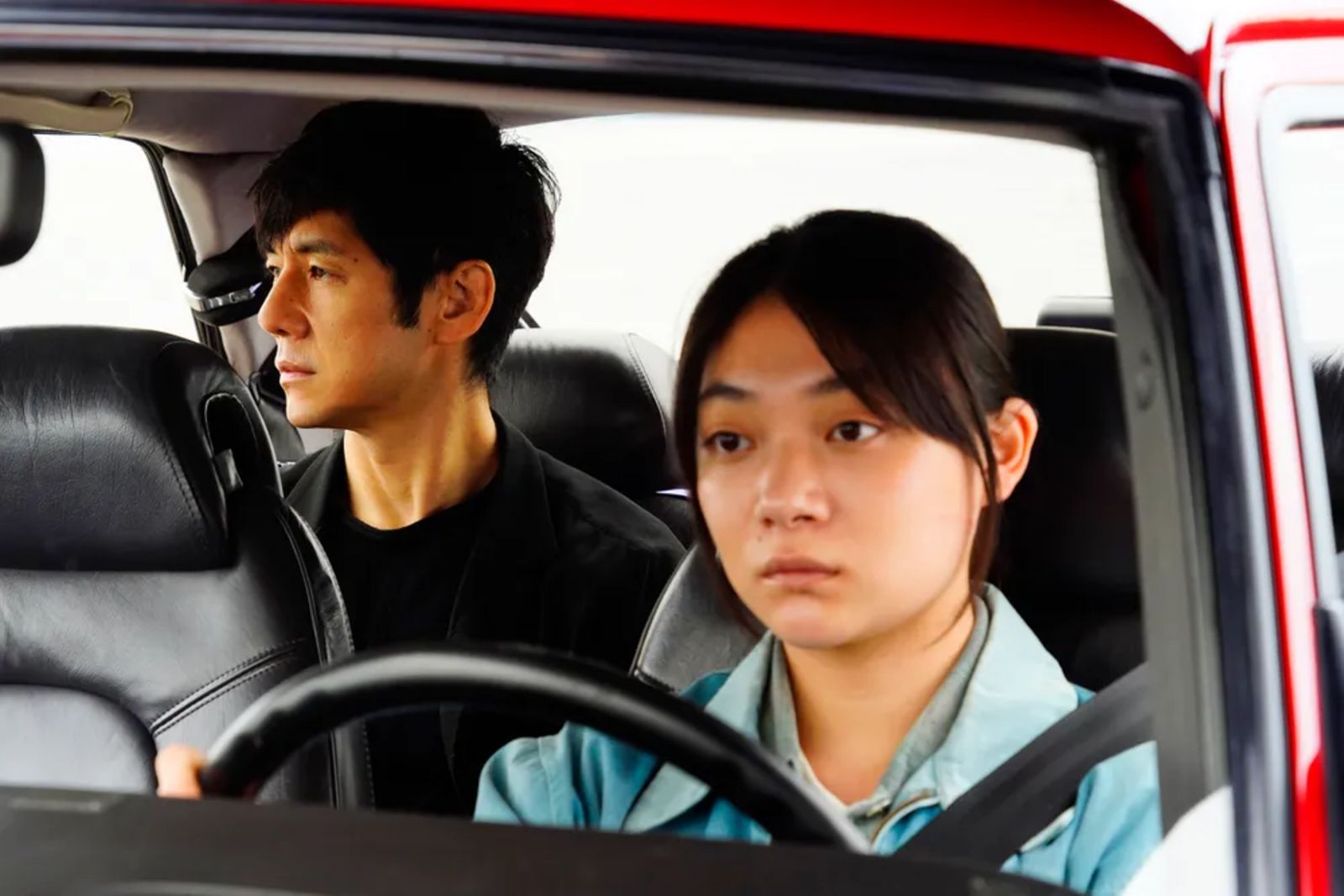 It seemed inevitable that Haruki Murakami’s prose would find a way into the films of Ryusuke Hamaguchi. The director returns with Drive My Car, based on Murakami’s novella of the same name—the story of a writer who finds solace in the company of the young woman driving his car. It’s a graceful, aching film that sculpts and stretches Murakami’s story into an enchanting three-hour epic (my, do the minutes fly by) about trauma and mourning, shared solitude, and the possibility of moving on. The narrative also doubles as a lovely ode to the car itself, and the strange ways that people open up when cocooned inside them.

Premiering in Cannes, it is Hamaguchi’s second film to feature in a major festival in 2021 after Wheel of Fortune and Fantasy scooped Berlin’s Silver Bear. Both were shot around the pandemic, though it was only during delays to the much larger production of Drive My Car that the director put finishing touches on Fantasy (masks are glimpsed here, but only in the final sequence.) Hidetoshi Nishijima stars as Kafuku, an actor and playwright of some renown. In the beginning he is married to another writer, Oto (Reika Kirishima), and comes home one day to find her having sex with another man. He chooses not to mention it to her; quite soon after he comes home to find her dead. Only then, after 40 minutes, do the opening credits roll.

Since the release of Happy Hour in 2015, Hamaguchi has shown a remarkable ability to operate in a wide variety of tones. There is none of Asako’s overt surrealism here, nor the undercurrents of eroticism and comedy from Wheel of Fortune and Fantasy. (There is a strange sex scene in Hamaguchi’s prologue this time, but the opening as a whole feels like another world.) Wracked with grief, and consumed by the story Oto had begun writing before she died, Yusuke travels to Hiroshima to put together a production of Chekhov’s Uncle Vanya, another story of perseverance through crisis. Amongst the cast is the younger actor with whom his wife committed infidelity.

Shooting in sumptuous greys and blues, Hamaguchi draws from the deeper wells of Murakami’s text––his sense of melancholy and quiet mystery––and fleshes it out; as in Lee Chang-dong’s Burning, the novella only accounts for a relatively small portion of Hamaguchi’s narrative. Murakami only mentions Vanya in passing, but here Chekhov’s play becomes a lens for Kafuku’s catharsis. With the symbolism of the play and the enigmatic writing of Kafuku’s wife––recited to him during orgasm in the opening exchanges, revisited later on during a climactic drive––there is a lot to unpack.

Hamaguchi takes time to show the process of its production, filming the casting and rehearsals. Significantly, Kafuku’s cast is multi-lingual to the point that some are unable to verbally communicate with each-other—amongst them a mute woman (Park Yoo-rim) who communicates through sign language. Kafuku’s rehearsal method is having actors learn every inch of the text before adding emotion, perhaps as a reflection of the process he has himself undertaken to come to terms with the mysteries of his own marriage. It is also a film about such routines, most notably Kafuku’s habit of playing cassette recordings of the dialogue as he drives his car around town—or when he is driven.

Tōko Miura gives a wonderfully thoughtful, reserved performance as Misaki Watari, the Sonya to his Vanya, and the calm port in his storm. (“She speeds up and slows down so fast,” Kafuku says, “I barely feel gravity.”) Hired by the theatre as his chauffeur, she becomes his silent confidant and a pseudo-daughter figure; as the film progresses it becomes clear that both have dealt with recent loss. One of the very best things about Hamaguchi’s film is to simply watch as they cruise in silence through Hiroshima’s sleepy streets in his Saab 900 Turbo, a beautiful and boxy creation that looks, amidst the crisp winter landscapes, like one of the reddest things in cinema since Lamorisse’s balloon. Drive My Car is a rich and wonderfully soothing work, a film that only further confirms Hamaguchi as one of the finest directors working today.

Drive My Car premiered at the Cannes Film Festival.