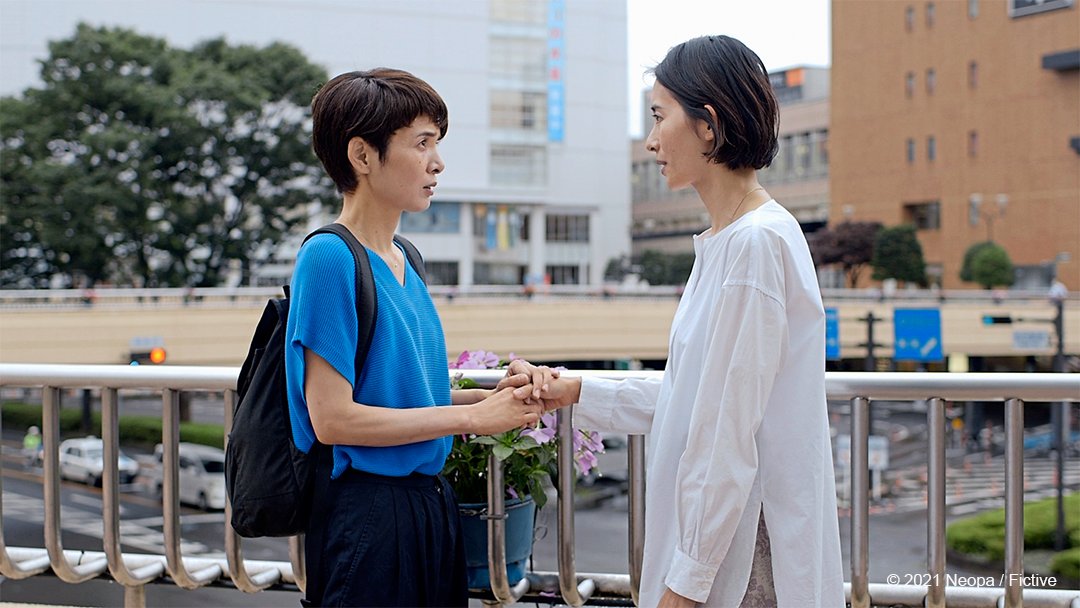 Wheel of Fortune and Fantasy is cinema portmanteau: three short stories focused on three different characters, each a little lovesick and just a little lost. The director is Ryūsuke Hamaguchi, an emerging filmmaker from Japan who seems to have already mastered his craft, and whose work is perfectly at home to such dilemmas. His 2015 film Happy Hour, a five-hour saga, followed the lives of four women in Kobe, one of whom had filed for divorce. Next came Asako I & II in 2018, an adaptation of Tomoka Shibasaki’s novel about a woman who starts seeing a man who looks exactly like the boy she loved when she was younger––a story of doppelgängers, it also showcased his touch for surrealist flourishes.

While fast closing in on auteur status, Hamaguchi’s films continue to hold a kind of literary spirit: Happy Hour the epic; Asako the novella; and now Wheel of Fortune, his collection of shorts. At just 42 years old it is, depending on how you slice it, already his seventh feature––he studied under Kiyoshi Kurosawa at Tokyo university and released his debut, Passion, all the way back in 2008. Wheel of Fortune is set twice in the present day and once a bit in the future––or perhaps a parallel time––with a gently alarming shift into queer science fiction. It may be his finest film yet.

Gentle alarm is very much in the Hamaguchi wheelhouse. As a director he has an incredible skill for shifting between different tones and tempos at speed, yet seldom at the expense of his films’ narrative integrity nor do those shifts undermine the validity or importance of his characters’ world or their inner lives. And in Wheel of Fortune they are inner lives very worthy of our attentions.

First is Meiko (Kotone Furukawa), a model who realizes that her colleague (Hyunri) has been on a date with her ex-boyfriend (Ayumu Nakajima), so she visits his office late in the evening to confront him and perhaps more. In part two, Nao (Katsuki Mori), a married woman, attempts to seduce a recently famous professor (Kiyohiko Shibukawa) as revenge for once failing the man she’s currently having an affair with (by reading a steamy extract from his latest novel). In part three, filmed during Covid but set in a world where a computer virus has left our virtual lives locked down, a woman named Natsuko (Fusako Urabe) mistakes a stranger (Aoba Kawai) for an ex-classmate (they have a lovely meet-cute on an escalator) whom she once was in love with.

Calling back to Asako‘s many repetitions, Hamaguchi peppers his film with recurring motifs (coincidences, regrets and old wounds, the passage of time, etc). It feels a complete whole––a wry intertwining dialectic on modern desires––yet each scene is uniquely bracing: beautifully poised, exquisitely observed, and even erotically charged––rife with unabashed seduction, though always close enough to farce to keep things kösher and to keep you guessing (it’s telling that we barely glimpse a kiss). Hamaguchi is brilliant at building scenes through the ebb and flow of conversation––gentle waters giving way to sudden squalls––and has a knack for knowing exactly when to release that pressure. A feature recurrent in all three stories, Hamaguchi has an unexpected guest arrive out of shot, as if walking in from another film entirely. It is a deceptively simple move, and it would be sacrilege to give too much away here, yet the scenes are so emotionally heightened in those moments that the thrill and embarrassment of the indiscretion is suddenly deeply shocking. (It got me stone cold every time.) As Meiko and Nao’s stories lean towards the salacious (and are a little uncomfortable for having the male characters in positions of power), Natsuko’s speaks to a different kind of romance (without men, yes, but textured in other ways) and is all the more moving for it.

Hamaguchi has crafted a distinct filmmaking style, one he can call his own. He might share Hong Sang-soo’s taste for endearing camera zooms yet, if anything at all, Wheel of Fortune feels rooted in something much older. His work has been compared to the comedies of Jacques Rivette but Hamaguchi prefers to cite Hawks and Cassavettes as influences, filmmakers with the ability to turn on a dime from comedy to tragedy, or from the intimate to the banal. It is a stunning production, from the precision of Hamaguchi’s script and direction, the fine performances, and Yukiko Iioka’s gorgeous camerawork, to Fuminori Usui’s everyday costuming, the bright colors and natural light, and the gently lilting score. It’s an overwhelming film, amongst the best of the year, and a beautiful reminder of all the lives being lived in spite of our oddly lifeless time.

Wheel of Fortune and Fantasy premiered at the Berlin International Film Festival.