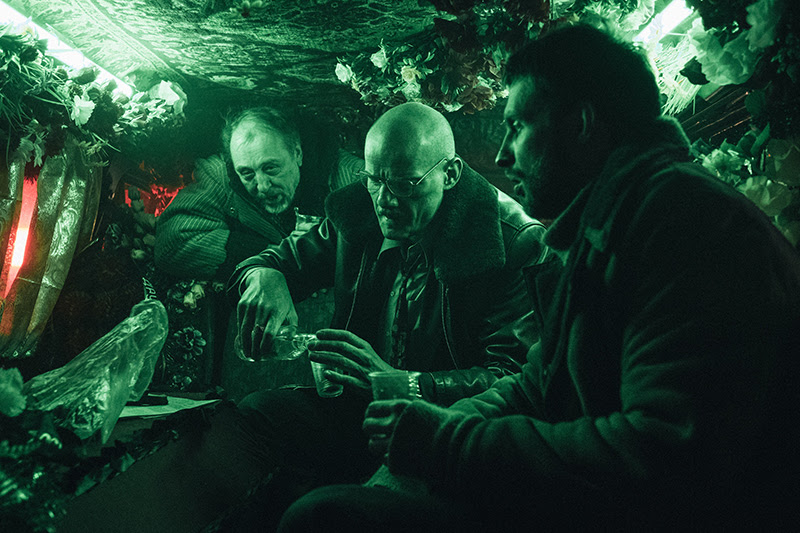 Petrov’s Flu opens on a stuffy commute—a Moscow bus in the early years of post-Soviet Russia. The eponymous protagonist is already bent over a handrail, stricken with his affliction. The mood is fevered, almost circus-like, the lighting like pea soup. In a moment of madness, Petrov (played by Semyon Serzin) is dragged from the bus by militiamen in Mexican wrestling masks. Hard rock plays. He takes a gun and joins their firing squad, mowing down some nameless humans. The mind briefly wanders to Brazil, and somehow Songs from the Second Floor.

The director here is Kirill Serebrennikov, a filmmaker whose imagination must forever do battle with the drama of his own life. Raised in Rostov in the 1970s, Serebrennikov became a key figure in the state-sponsored progressive cultural shifts of Vladimir Putin’s early years in office—seen at the time as a counterweight to the leader’s moves towards a new authoritarianism. This reached an abrupt end around 2012 when the government pivoted back towards conservatism, cutting money from Serebrennikov’s avant-garde theatre productions. In 2017 the director was put under house arrest for allegedly embezzling funds, an accusation few in Moscow believed. He remained there for 20 months. (For a full account, try Joshua Yaffa at the New Yorker.)

Petrov acts as the viewer’s surrogate through a ’90s Moscow in the throes of a flu epidemic. It is not a Covid story per se, though comparisons are unavoidable. The narrative focuses on him and his family over the course of what could be a day but Serebrennikov liberally jumps back and forth through time to show Petrov as a cosmonaut-obsessed boy. Chulpan Khamatova plays his wife Petrova, an academic who runs a volatile reading group. There is a dead body in a hearse. We see a story from another woman’s perspective, a black-and-white flashback to a party in the ’70s. There is also the story of a writer, Sergey (Ivan Dorn), attempting to get published. Everything happens at a mile a minute. It is a challenge keeping up.

A year before that dubious arrest, Serebrennikov had brought The Student—a brilliantly angry film about the ease with which a system might slip toward fundamentalism—to Cannes. He followed that with 2018’s Leto, a more nostalgic work about Russian music icon Viktor Tsoi. Elements of both appear in Petrov’s Flu: Leto in a more cosmetic way (the black-and-white sequence late on); Student in the academic rigor, suffocating mood, and sweeping allegory. The film is based on Alexey Salniko’s 2016 novel The Petrovs in and Around the Flu and gestures towards the novel’s assertions that a life under—even after—a totalitarian boot can be one of heightened fever dreams and anxiety.

It sounds a basic ploy yet it’s nothing if not effective, and what’s ultimately great about Petrov’s Flu is how those dreams are realized. Playing out at breakneck speed, it is awash with flights of fancy: outbursts of sex and violence; aliens and murder; sepia-dripped nostalgia; jarring temporal and spatial uncertainty; homoeroticism; etc. That sense of dizziness is only further confounded by Vlad Ogai’s shifting sets and richly detailed production design, and cinematographer Vladislav Opelyants’ long roving takes. Its cast has the sense of a troupe. The frame is always packed.

Though 150 minutes long, it doesn’t exactly burden you with its running time—notwithstanding a few sequences that lag or simply fail to land. (As a critic noted to me after the screening, it has the look of an adaptation of a book marked “unfilmable.”) Serebrennikov ends on an unsatisfying climax—a nonsensical loop back—before a performance from the Russian rapper Husky. A bewildering end to a bewildering ride. 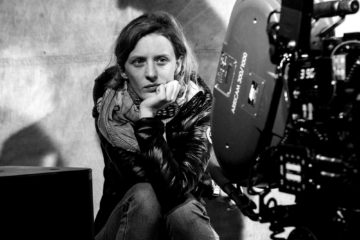