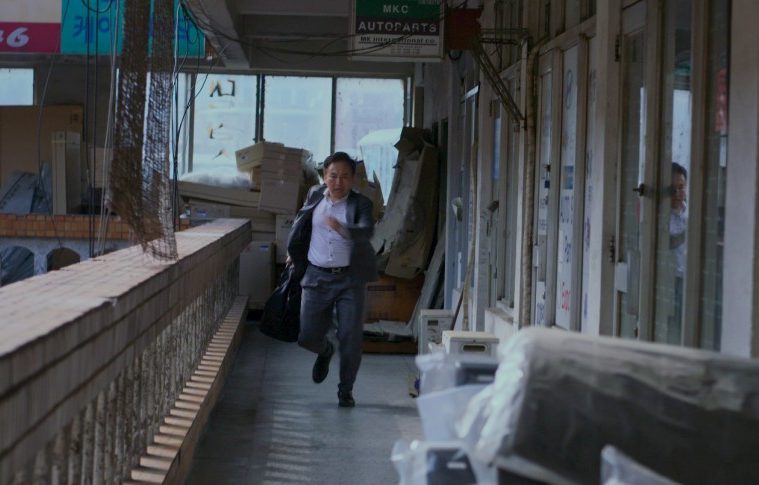 Judging by its prominent presence at midnight sidebars of film festivals everywhere, it’s fair to say Korean cinema has got the genre game down. The feature debut of writer/director Hyunyong Park, which makes its world premiere in Busan, confirms the tradition is alive and well in the hands of a new generation of filmmakers, even if we’re so used to this level of proficiency that a twisted, thoroughly entertaining kidnapping drama almost doesn’t surprise anymore.

In the somewhat cryptic opening shot (which would make a lot more sense later on), we see a middle-aged man crouching by the street sobbing to his mirrored reflection. After bidding goodbye and uttering the titular admonishing words to two kids leaving a nearby house, the man enters said house to reveal the actual, somber setting of the movie: Four adult siblings (of which the crying man is the second son) and their spouses are gathered in the presence of a notary to hear the will of their father, who’s quietly dying in the neighboring room. The shock from the unfair distribution of the estate, which heavily favors the eldest son, has barely sunk in before the phone rings and an anonymous caller announces they’ve taken the big brother’s child.

What happens next is spoiler territory. Suffice it to say, at a slim 77-minute runtime, Don’t Go Too Far is a sleek, satisfying shape-shifter, morphing over four chapters from family drama through abduction mystery to an action-laden, tragicomic morality tale. The story about greed in its ridiculous/horrific forms borrows copiously from the Coens and unfolds via a skillfully structured screenplay. From the get-go, you are drawn to the morbid, slightly preposterous scenario of an inheritance fight next to the deathbed. And the stakes keep getting higher as circumstances are revealed to be plans, which get derailed in turn by unforeseen circumstances. Just when you’re settling into an idea of where this is going, a new reveal would change the dynamics and compels you to consider the whole thing in a different light. As such, even while the plot’s central conceit isn’t that original, how the film manipulates us to get there is wicked fun nonetheless.

Park’s direction is well-paced, his tricks of distraction and revelation are enough to keep you engrossed throughout. One does sense, however, a lack of audacity or versatility in his somewhat conservative style, particularly during the first two-thirds of the film set in the family house. Single locations as a challenge could bring out the most creative choices of a filmmaker, but here the relative inexperience of Park shows. Instead of using this logistic limitation to the film’s advantage by playing with the possibilities and restrictions of space, he allows his staging/composition to be dictated and reduced to simplistic forms. One could maybe argue the resulting stage-y feeling is intended, that it underlines visually the inherent artificiality of the setup. But cinematically speaking, it’s rarely a good look to have actors line up and speak one after another.

The stylistic shortcomings aside, Don’t Go Too Far, rooted in the grand tradition of Korean genre cinema of mining and dramatizing the rot of human nature, tells a suspenseful story effectively. The ending, especially, has that familiar touch of moral (and physical) violence that feels so wrong yet so inevitable. One only wishes the director would have heeded the warning of the title less and gone a bit further, giving the juicy material a louder, more intense treatment it probably deserves.