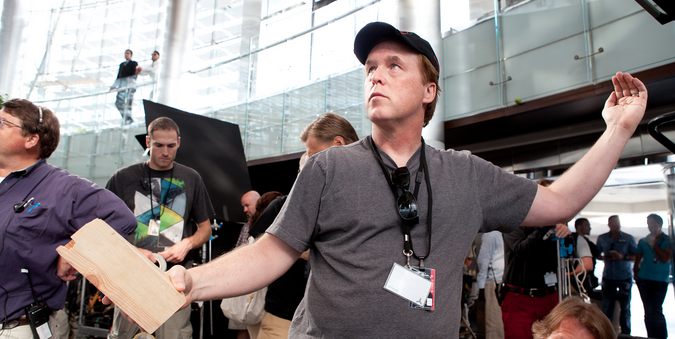 Not to be confused with Brad Bird‘s personal, long-in-development passion project on the San Francisco earthquake 1906, the Mission: Impossible – Ghost Procotol and The Incredibles director has jumped on to direct a secret project from Damon Lindelof, LOST showrunner and Prometheus co-writer. [Deadline]

Disney has set the director on the project that was first revealed nearly a year ago. The original seven-figure deal was for Lindelof to write and produce an “an original large-scale science fiction feature film” that appeals to family audiences. There are no plot details for the film currently titled 1952, but he will be co-writing the project with Jeff Jensen.

Bird’s jump from animation to live-action was insanely successful on almost every level, with Ghotocol being the highest grosser in the series and a big critical hit. I was so impressed by the film, and specifically Bird’s direction, that it made my personal top films of the year list. With Disney looking to gear up production next year for the film, hopefully more details will be unveiled soon for this tight-lipped project.

Are you happy that Bird is staying in the live-action realm?