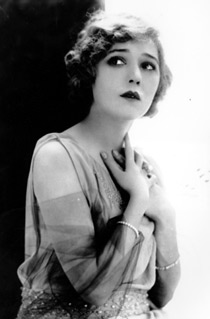 If you’ve taken a film history class or two, chances are you’ve heard of Mary Pickford. The Canadian actress was vital in crafting the Hollywood we have today, co-founding United Artists. She was briefly brought to screen in Chaplin with Robert Downey Jr., but now she’s about to get her proper due in her own biopic.

Deadline reports that Julie Pacino, daughter of the famous actor, will produce with Jennifer DeLia an adaptation of Eileen Whitfield’s book Pickford: The Woman Who Made Hollywood. DeLia, who last helmed the drama Billy Bates, would direct from Josh Fagin‘s script. I’m curious of the talent involved as they haven’t made anything worthwhile yet, but hopefully they’ll do justice to this icon.

The film will chronicle the life of Pickford, the figure known as “America’s Sweetheart” who later struggled with alcoholism. Aside from founding UA with such icons as Douglas Fairbanks, Charlie Chaplin and DW Griffith, she was also part of the formation of the Academy of Motion Picture Arts and Sciences.  Check out part of her Oscar-winning performance in 1929’s Coquette below.

Production is set to begin early next year.