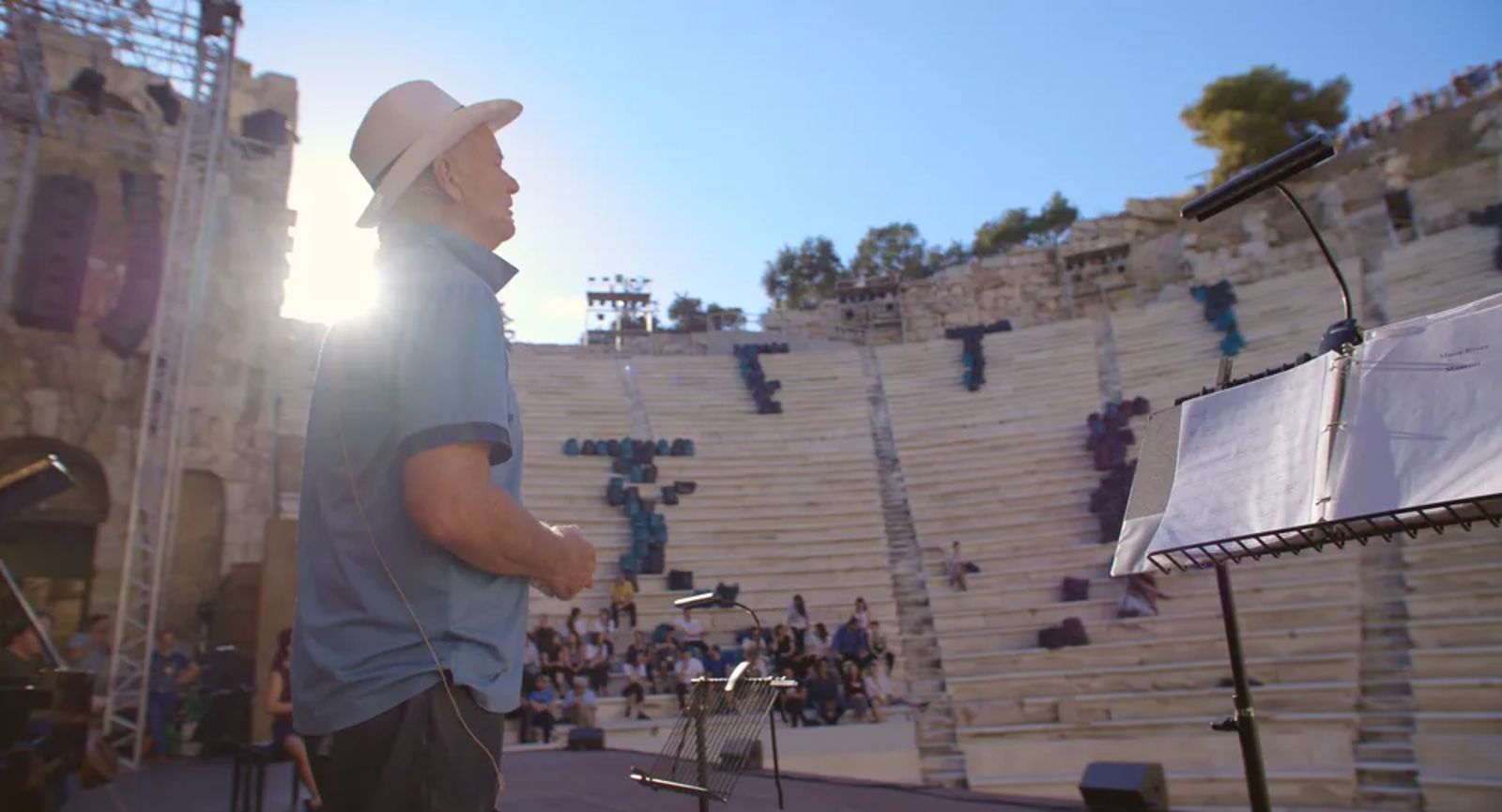 If he decides to show up in France next month, Bill Murray will be pulling double duty. Not only has the actor reteamed with Wes Anderson for The French Dispatch, but a major event he took part in has been captured for a new documentary set to bow at the Cannes Film Festival. Directed by Andrew Muscato, New Worlds: The Cradle of Civilization explores an evening of poetry and music that Murray and world-renowned cellist Jan Vogler in Greece, joined by Mira Wang on violin and Vanessa Perez on piano.

The official Cannes description adds, “The international quartet enchants the Athenian audience from the 2,000 year-old stage of the Odeon of Herodes Atticus with musical reflections on love, hope and heartbreak. Spanning from Bach to Van Morrison, Whitman to West Side Story, the wildly entertaining, humorous and deeply touching program is infused with the one-of-a-kind charm of Bill Murray.”

Ahead of the premiere, see the trailer below, along with the poster via Collider.