BIFF Review: ‘The Sounding’ is a Drama of Skillful Precision 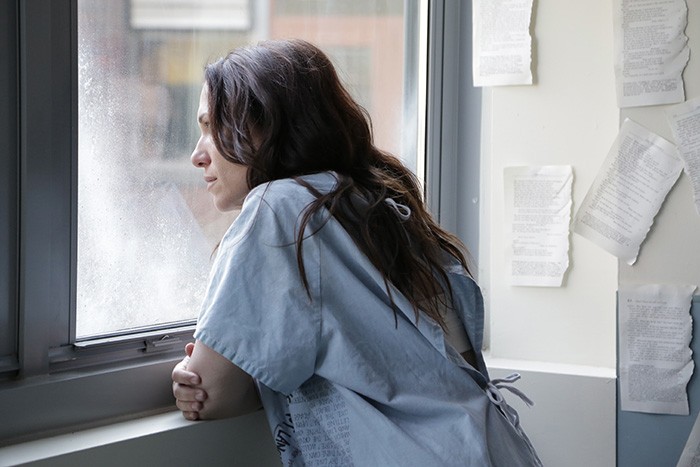 What is it about our quest to not simply help those in need, but solve what is supposedly ailing them? What in the history of mankind shifted focus from wanting to understand that which was different to assimilating (eradicating) it? Greed. Power. Sanctimony. Ego. There are an infinite number of words able to answer these questions and yet no one has actually solved the issue. Or perhaps no one can. Utopic visions presume that it is possible: peace on earth. We strive to fight for a world that is truly colorblind and free whether to choose language, religion, sexuality, or love. The United States was built on these freedoms, but from a very specific worldview perpetually lording one above all others. We remain stuck in that box still.

So what then do we do when it’s discovered everything we’ve been educated and raised to believe is false? How do we cope with the reality that our best interests were rooted in an unfounded superiority that caused more harm than good? Some refuse to accept it. They double down on their path forward, silencing objectors. It’s easier for a so-called expert — a messianic genius if you will — to retain faith in his/her self than to admit his/her life as a lie. But why must it be so black and white? Why must understanding arrive under a guise of failure? Can’t we find the humility to acknowledge mistakes in execution despite truth in intent? Can’t we grow through compromise and empathy to reach a place of ultimate paradise?

To watch today’s news makes me believe the answer is no. Not in my lifetime. But that doesn’t mean we shouldn’t still have hope. Sometimes it’s hard to embrace that feeling because things seem so utterly futile and yet artists like Catherine Eaton come along to remind us of its power to grab us by the hand and lead us out of the darkness. This is exactly what she does with her directorial debut The Sounding by presenting a broken soul who has no intention or desire to be fixed. Her character Olivia (played by Eaton) isn’t a problem as much as a mirror for the world to question its own façade. By all appearances she’s better than normal: intelligent, effervescent, generous, and compassionate. She simply doesn’t communicate.

It’s more accurate to say she doesn’t communicate via her own words (language or written) — at least not at first. There’s no definitive reason nor does there need to be. Why can’t Olivia choose silence? Why can monks do it but not a young woman home-schooled and raised by her grandfather (Harris Yulin’s Lionel) on a quietly serene island off of Maine? He isn’t innocent in ignoring this question either considering the years he let his profession (psychiatry) rather than love rule his actions. He was desperate to “help” and yet everything he did to push for solutions only saw Olivia retreating farther and farther away. Finally he gave up. He quit practicing altogether. And eventually he learned a profound truth about who amongst us really needs fixing.

His impending mortality has him fearing for Olivia’s safety. Without someone close to advocate for her, she could very easily find herself being committed to a psych ward without a prayer of ever being released. So Lionel sends for an ex-pupil of his, the son of his late best friend. Considering the time he spent trying to “save” her, it’s not surprising that playing the hero proves to be Michael’s (Teddy Sears) impulse. He doesn’t care that Lionel vehemently asks him to ensure Olivia is never subjected to tests again. In Michael’s mind the only reason he ever should have been invited was to treat her. As a foremost expert in the field that could theoretically do it, he can’t stop himself from falling prey to the puzzle.

But there’s a wrinkle. As Lionel loses the strength to read to his granddaughter, she lets her voice take his place. For the first time in decades Olivia speaks … in quotation. Each word uttered arrives as a phrase written by William Shakespeare and she appears to have one for every occasion as long as stress doesn’t block her mind from remembering. Whereas the first half of the film introduces us to characters in a free environment allowing them all equal footing, this “breakthrough” pushes Michael to do that which he was asked never to do. Against the wishes of Lionel’s closest confidante on the island (Frankie Faison’s Roland), this stranger commits Olivia to the hospital. He believes he’s doing it for her good, but reality proves otherwise.

Circumstances arise so that Michael can’t see Olivia while she’s a patient and thus the second half of the film puts her in a prison. The house is gone. The ocean is gone. Freedom is ripped away from her all because this doctor — this supposed advocate — believed he knew better than his mentor who also happened to be the patient’s guardian. Suddenly the leisurely pace of the start quickens into a race against time since Olivia’s “madness” risks her wellbeing. And as doctor after doctor finds nothing but push back, they must move closer and closer to deciding she’s beyond help. So ask yourself what you see when looking upon her. Do you see a crazy woman you cannot understand? Or is she a light fighting against extinguishment?

Eaton and co-writer Bryan Delaney have crafted their script with skillful precision. You can re-watch the first half and hear Lionel and Michael’s conversations with a different understanding, knowing how things turn out. Everything said at the start holds a double meaning, one for those who know Olivia and one for those who don’t. And everything in the second half is bolstered by Shakespeare’s prose in order for the dialogue to simultaneously take on intellectual and emotional meaning. You will laugh at the passages Olivia saves to spew bile at the psychiatrists dismissing the meaning behind what she’s saying in order to focus on the device being used. And you will inch closer to the edge of your seat once her passion equals the Bard’s in its intensity.

The end result is a powerful metaphor for our world’s prevalence to marginalize. You can treat Olivia as a stand-in for race, religion, or gender. Or you can take her at face value as a representation of the countless patients who are over-medicated and ignored for no other reason than a doctor lording expertise as unwavering clinical law since empathetically listening might diminish his/her power. At some point we have to believe those with staunch convictions will realize their opponents are just as staunch in the opposing view. Instead of yelling louder and louder and getting nowhere, though, what if they seek to understand why? What if the divide between them is non-existent save archaic, baseless vitriol? What if the outlier is right and everyone else is wrong?

The Sounding screened at the Buffalo International Film Festival.