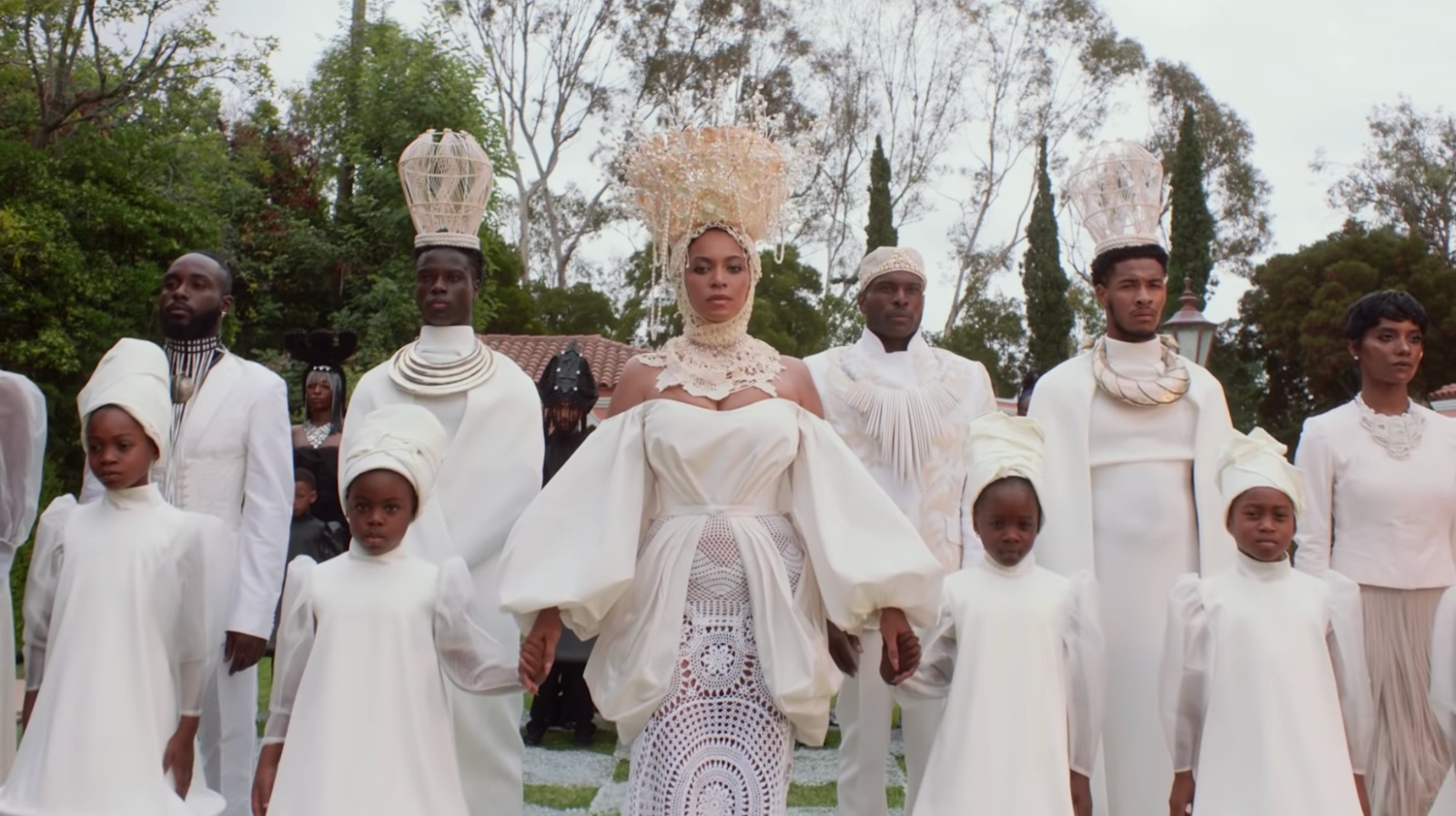 Four years ago, Beyoncé dropped the film version of Lemonade, which brought together directors Kahlil Joseph, Jonas Åkerlund, Mark Romanek, Melina Matsoukas, and more to deliver a visual album that, like many of her works, had an immense cultural impact. She has now returned with Black Is King, described as “A Film by Beyoncé,” as the first trailer notes, revealing the project was in production for an entire year.

Judging solely from this impressive preview, full of stunning imagery, it’s seemingly one of the only worthwhile things to come out of Jon Favreau’s The Lion King, having been born out from her involvement with that wholly unimaginative “live-action” remake. This upcoming film “reimagines the lessons of The Lion King for today’s young kings and queens in search of their own crowns,” a press release notes. While there’s no information yet on which directors were involved this time around, expect more details closer to its July 31 debut on Disney+.

“The voyages of Black families, throughout time, are honored in a tale about a young king’s transcendent journey through betrayal, love and self-identity,” the press release continues. “His ancestors help guide him toward his destiny, and with his father’s teachings and guidance from his childhood love, he earns the virtues needed to reclaim his home and throne. These timeless lessons are revealed and reflected through Black voices of today, now sitting in their own power. Black Is King is an affirmation of a grand purpose, with lush visuals that celebrate Black resilience and culture. The film highlights the beauty of tradition and Black excellence.”

Black Is King arrives on Disney+ on July 31.