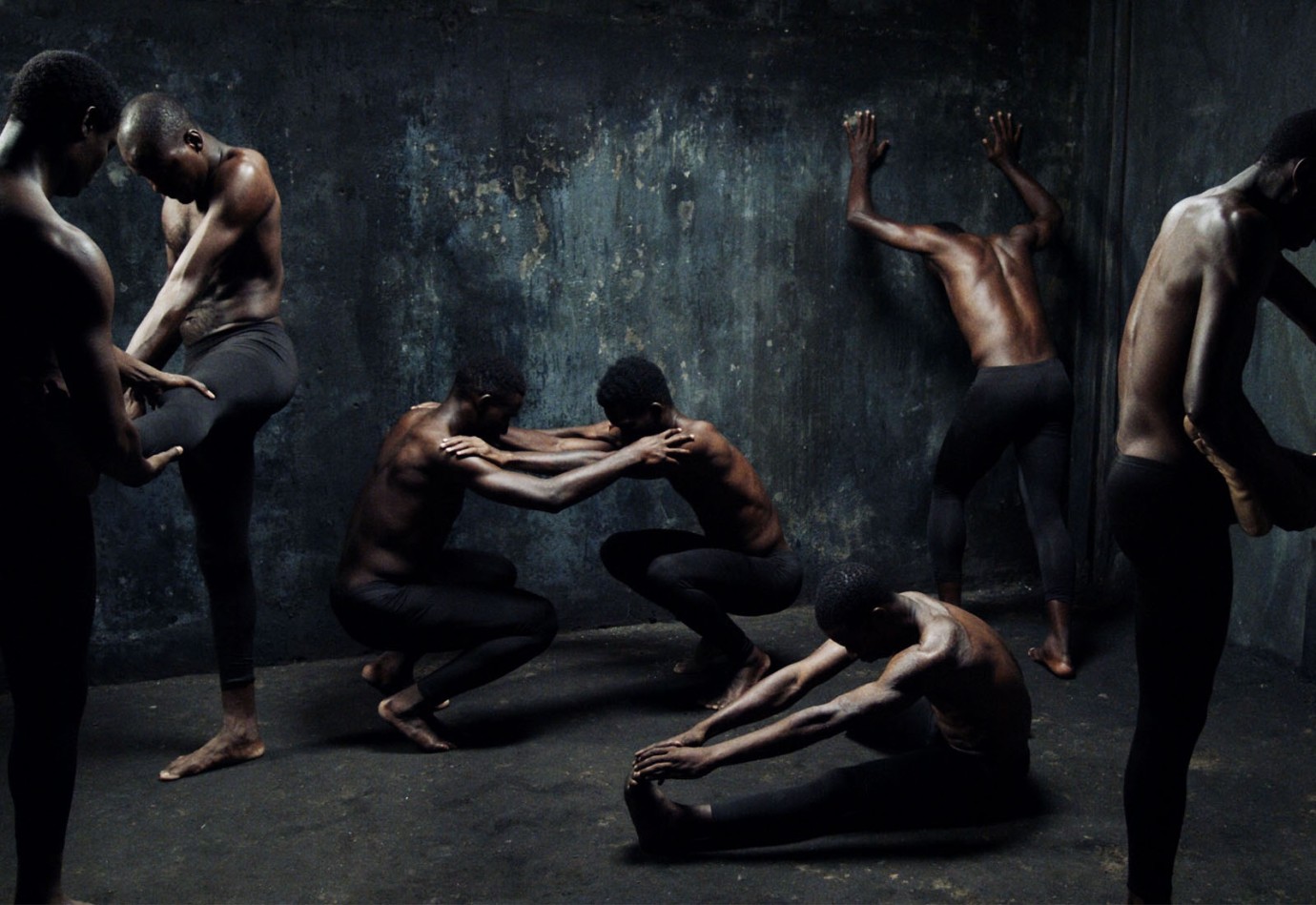 Lê Bảo’s Taste is set in Saigon, but for the best part of its 97 minutes, all action is confined to a bunker-like abode where five people meet and hide. The place is dark, unfurnished, and dank; so spectral in its emptiness you’d wonder if the quiet tenants are alive or ghosts. In the stunning chiaroscuro of their unlikely home all motion slows into choreography, characters freeze in a state of protracted wait, and there seems to be only a very blurred distinction between the dreaming and the dead.

Premiering in the Berlinale Encounters sidebar, Taste marks Lê’s feature debut. It is a film yanked out of a dream, and it behaves as one. Strictly speaking, it isn’t a story that’s being told here, but a mosaic of oneiric images, conjured and arranged around a tale of longing. The plot, thin and evanescent as it is, sees Nigerian athlete Bassley (Olegunleko Ezekiel Gbenga) arrive in Saigon to find work as a footballer. But a leg injury ruins the plan; dumped by his team, he roams the city slums looking for a roof and some cash, eventually following four middle-aged women he sometimes works for to the haunting refuge.

Lê is too subtle a writer to spell out the meaning of this strange cohabitation; why the five should submit to this self-imposed reclusion remains deliberately ambiguous. To be sure, everyone here hails from the fringes of society, and if the ostracism Bassley wrestles with carries a racial dimension, the four women around him harbor their own histories of sorrows and loneliness. Mien (Khuong Thi Minh Nga) is a terminally ill single mother; Hanh (Nguyen Thi Cam Xuan) lives with her emotionally stunted husband in an abandoned pottery kiln; Trang (Le Thi Dung) still hopes her own husband and son will return, years after they left without a trace; and Thuong (Vu Thi Tham Thin) is a vagabond who shows up with a baby pig and a giant pot, an improvised boat aboard which she floats in the maze of river canals around the city slums.

But Taste is not an exercise in miserabilism, nor does it ever veer into poverty porn. Something far more mysterious is at stake here. Lê’s characters have traded civilization for a willful exile in the company of other psychically broken loners. Interactions inside the makeshift house are stripped to the basics; words are seldom uttered; exchanges spurred by urges. They eat, sleep, bathe, and dream, oftentimes together, in moments that feel like joint seances. There is no barrier between them, and no shying away from the most intimate dimensions of their routines — every now and then, we see Bassley having sex with Trang while the others sit just a few feet away. Nakedness is de rigueur, and there are times when the high-angle camerawork mirrors CCTV footage, donning the place a lab-like, sinister aura.

So how is it that Taste never feels lecherous? How can it subject its protagonists to this panoptic-like surveillance, and not feel voyeuristic? The answer, I suspect, has plenty to do with another question the film orbits around: what kind of journey these drifters embark on, exactly. For Taste is a journey, if one that seldom nudges its characters outside the confines of their hideout. Trapped inside those damp walls, they carve out a space where they can forget the disillusionments of the outside world, and dream of their halcyon days (Bassley recounts his life in Nigeria, Trang remembers her missing relatives…). It’s as if the whole film unspooled as a process of hypnosis; as if the dark rooms these people share weren’t cells, but portals — doors into one’s phantoms and past.

Taste is not the only sense that’s tickled here. Vincent Villa’s sound design deftly amplifies the film’s dreamscape, adjusting to and expanding the maze of associations each image crackles with: halfway through, a woman scratches Bassley’s head, and the sound of her fingertips rubbing his hair morphs into a kind of rustling, like waves crashing on a distant shore. But it is in Nguyễn Vinh Phúc’s stunning cinematography that the film finds its mystique grace. It only took a few minutes for Taste to pluck me out of Saigon and drop me on the dark alleys of Lisbon, which the eponymous heroine of Pedro Costa’s Vitalina Varela schlepped up in the dead of night. Like that film, Lê’s knows the spectral authority of darkness—here too, shadows beautify what they obscure, and there are moments when Phúc’s shots look like tableaux vivants. Tsai Ming-liang aficionados will connect with the film’s meditative pace, and in a tale brimming with surrealist sequences and human-animal interactions, echoes of Apichatpong Weerasethakul abound throughout.

Make no mistake though: illuminating as these references may be to map out the film’s ancestry, Taste is a lot more than the sum of its influences. The strange, disquieting world Lê beckons us into is entirely his making, and it brims with spell-binding images. In one, which bookends the film, the women sow and inflate a gigantic hot air balloon, cobalt-colored, a giant sea creature, a sleeping anemone. It’s an otherworldly, cosmic scene in a film that’s full of them––a majestic and perturbing tale of ghosts, dreams, and longing.