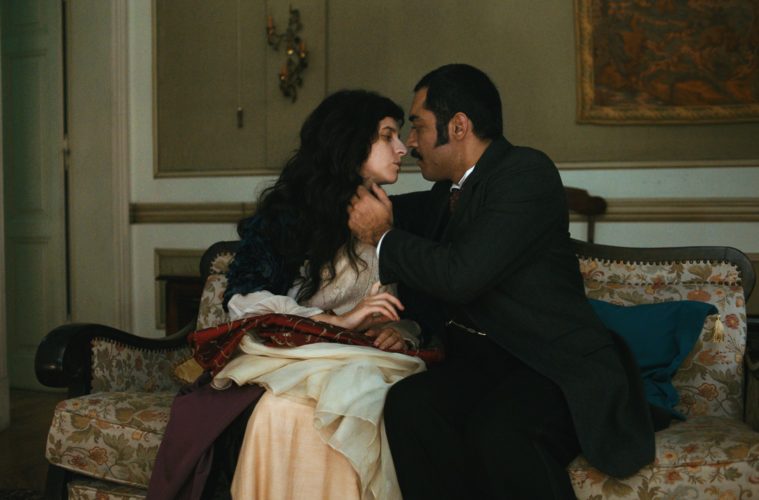 If Brazil’s film industry faces unprecedented threats under far-right president Jair Bolsonaro, let’s hope this kind of adventurous filmmaking–which ruminates on the country’s unaddressed injustices that shaped the country of today–isn’t in the populist administration’s sights. All the Dead Ones is an accomplished film by directing duo Caetano Gotardo and Marco Dutra, rich in the nation’s poetry and music, daring in highlighting women’s voices while commenting on Brazil’s history of inequality of wealth, class, and race.

The film hinges on the white, middle-class Soares family in São Paulo at the turn of the twentieth century, a decade after Brazil banned slavery and when the nascent republic was lurching from coup to dictatorship. Before abolition, the Soares were wealthy coffee-plantation owners, but their diminished place in social strata has meant the women of the family shelter in relative obscurity in Brazil’s largest city. Elderly matriarch Dona Romilda (Leonor Silveira) is battling an ailing body, while one daughter, Maria (Clarissa Kiste), retreats to a convent, and the other Ana (Carolina Bianchi) is in such a state of mental fragility that she’s one step away from the asylum. All three actresses are superb.

Post-slavery Brazil was not easy for many of the country’s now-free black population either, including Iná (Mawusi Tulani), whose past relationship with the Soares family as a plantation slave is fraught. When she agrees to come to São Paulo to assist Romilda, it’s in spite of her own misgivings, admitting later that she pledged “never to associate with that family again.” But while Iná faces up to her previous masters, it’s also the white characters who encounter ghosts of the past–Ana sees “people who are not present”–and a recurring motif of burials takes both metaphorical and physical form, the history of a nation imagined as so pernicious it festers in the soil of the land.

There are echoes of Chekhov’s family units here, especially The Cherry Orchard, and I was also reminded of Bertha Mason in Jane Eyre in Bianchi’s spirited but fragile Ana, cooped up in a gated mansion not unlike a city-center version of Thornfield Hall. Men are conspicuously absent here.

Much of the film’s narrative is episodic and oblique, but its loose structure means the film takes on a poetic and sensual underpinning. A mixed-race and sexually ambiguous character (Thomás Aquino) recites the work of black poet João da Cruz e Sousa, and the film draws attention to how European musical tradition and Brazilian black music live side by side but don’t mix. Iná and her son João (a gutsy Agyei Augusto) sing religious tribal songs of her Angolan heritage, while Ana plays the classical repertoire on the Soares family piano. The film mulls over whether this was a moment when Brazil could have come together and celebrated its unique artistic diversity. Instead, Brazil is today as divided as it ever was.

Indeed, the directors’ melding of past and present is a commentary on the current Brazil that becomes literal: first there’s the briefest sound of a helicopter over dialogue, then sirens, and later the characters walk in period costume through the noisy, skyscraper-strewn São Paulo of today–much like in Transit, Christian Petzold’s World War II era (or is it?) study of Europe’s psychogeography. That uncanniness is aided by an ethereal look to the camerawork of Hélène Louvart, cinematographer on Happy as Lazzaro and, closer to home, Karim Aïnouz’s extraordinary Brazilian family saga Invisible Life.

Perhaps Gotardo and Dutra are drawing attention to Brazil’s richness of culture and that it could help heal the wounds of past and present. In terms of the diversity of its cinema, the country’s output has never been better.

All the Dead Ones premiered at the Berlin International Film Festival.