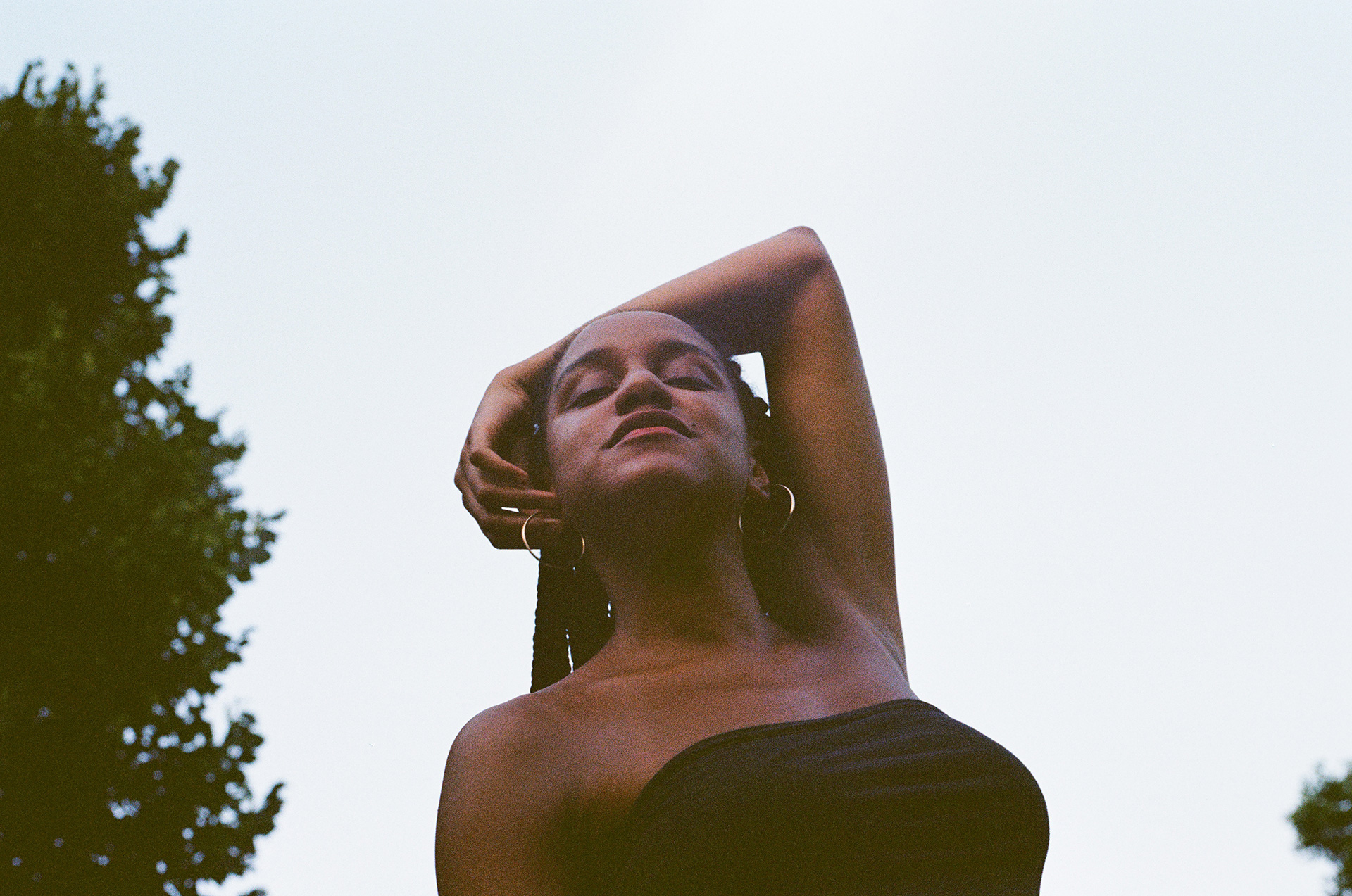 Writer-director-subject Rebeca Huntt worries aloud whether her family will ever speak to her again after watching her feature debut Beba. It’s a real concern: not only because of how intimate and uncensored this introspective look at her life and ancestry proves, but because they have a history of verbally and emotionally shutting themselves off from each other. Her brother and father haven’t spoken in over a decade. Her brother isn’t seen or heard from during the film, beyond still photographs. The depiction of her parents makes it seem they aren’t on great terms, either, despite continuing to live together in their rent-controlled Central Park West one-bedroom apartment. None of these truths or assumptions are judgments, though. They’re merely facts Huntt has been forced to confront.

I use the word “confront” because this is an active part of her life. She hasn’t endured these details or overcome them. That’s not how being human works. Even if Huntt were to leave them behind, the scars of their impact wouldn’t disappear in memory, ambition, or resentment. It’s why she goes back as far as she does to look at what she knows of Dad’s impoverished heritage in the Dominican Republic or Mom’s comfortable upbringing in Venezuela. This is a search for answers—to find the origins of her delusions and rage through her childhood’s psychological abuses and inalienable joys. Where did she come from? What can’t she escape? Who can she still become? It’s a self-propelled therapy session laid bare to the world.

And it’s 100 percent raw and real, whether natural or not. One scene pitting Huntt in a room with three of her white friends trying (and failing) to put their fingers on the pulse of the white-supremacist nation they’ve had the privilege to traverse in ways she didn’t is, admittedly, staged. It must be, how perfectly it ends with her picking up her coat and storming out, the camera waiting outside for her to join. That it was pre-planned doesn’t mean it isn’t true. Huntt asked her friends to reenact a dialogue that was surely similar (if not exact) to one they’ve probably shared countless times before, asking each to be the “worst version of themselves” in the process. Embellishment doesn’t automatically equal lie.

If so, you could dismiss everything onscreen as lies—it’s all a performance. The moment a camera is turned on in a room full of people who are consciously aware it’s turned on is the moment truth becomes filtered through a prism of artifice. We see it with Dad talking about all the good things before refusing to speak about the bad (she brings up her brother and he declines to comment). There’s also Mom deflecting and projecting her insecurities back, blaming her daughter’s “aggressions” for creating her own to try taking control of a situation in which she has none. I’m talking footage that most subjects would assume will never make the light of day becoming the only footage Huntt uses.

This is her story, after all. Her truth documented over eight years post-college—dissected and reassembled into a portrait of an uncertain life lived. And don’t presume she’s out to get everyone else while shining a beacon of innocence above herself either. Huntt is as ruthlessly honest about her own place in this family and world as she is about theirs. She highlights her anger and fears. She allows former teachers to speak on her state of mind while laughing, subsequently forcing them into calling her out for knowing they’re correct. She’s candid about what she misses and what she’s lost. People in her life have committed suicide, been sent to psych wards, and been too oblivious to realize their role in the problems afflicting others.

Through all that pain and anxiety, however, she’s come out the other end. Huntt talks in press notes about no longer recognizing the person she put onscreen because of how much she’s evolved from the start of the project to now. Some of that is surely a result of Beba itself. There’s no better avenue towards self-enrichment and understanding than forcing yourself to confront what she does when so many others would choose to blindly ignore it as a rule. At one point we hear her mother ask why she’s letting so much be said that the public doesn’t need to know. Maybe they don’t. But Rebeca does. And if letting the world know helps her listen, make sure to hold nothing back.

That it looks and sounds so good is a bonus speaking to Huntt’s artistry. She and collaborators shoot handheld 16mm to combine with home movies, cellphone footage, still photos, and archival film, building a four-chapter journey from “family curses” to “zombie apocalypses” and beyond. The humor in labeling such universal notions of finding your footing is the perfect mechanism to keep us invested once things get dark; Huntt isn’t trying to make us pity her. She’s just documenting the ebbs and flows of an identity that’s still in progress so we can relate our own ever-changing existences to its highs and lows. Her goal was to begin a deeper dialogue around our “innate correlation.” By never pretending to be anything but herself, she succeeds.

Beba is now in limited release.