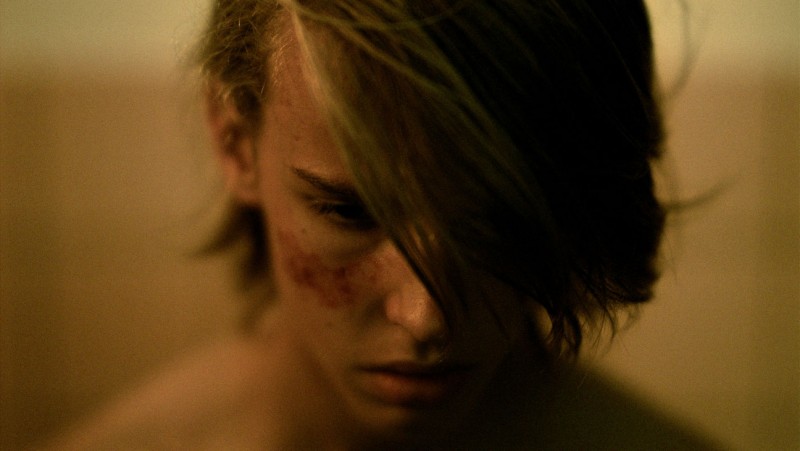 After a success festival run, which included winning at Berlinale for Best Feature Film, the U.S. theatrical trailer has arrived for Violet, the feature directorial debut of writer-director Bas Devos. The drama follows a young boy (Cesar De Sutter), the sole witness to the stabbing of his friend by a BMX gang. Now, Jonas, who stood silent and passive as his friend was murdered, must process the dark journey of coping and turmoil of childhood on the cusp of adulthood.

Shot by Nicolas Karakatsanis (The Drop, Bullhead) — partially with gorgeous 8-perf 65mm film — Violet looks to be a lush, harrowing portrait of trauma and youth, and a startling debut for Devos. See the trailer below, along with a poster and synopsis.

During a routine trip to the mall, 15-year-old Jesse’s best friend is violently attacked at random. The attackers do not confront or acknowledge Jesse, and Jesse does not engage or pursue the attackers… he simply backs away. Why did this happen? Could Jesse have done more? Did he have an obligation? These are the questions posed by VIOLET, a carefully calibrated character study of the process of coping in the midst of senseless trauma. Shot partially on 8-perf 65mm film by acclaimed cinematographer Nicolas Karakatsanis (Bullhead, The Drop), Bas Devos’ meticulously calculated debut is constructed like a series of lush photographs. In each of the film’s compositions we see a sophisticated mosaic of loss, the permanence of trauma, and the tumult of youth. Violet hits theaters on May 12th.