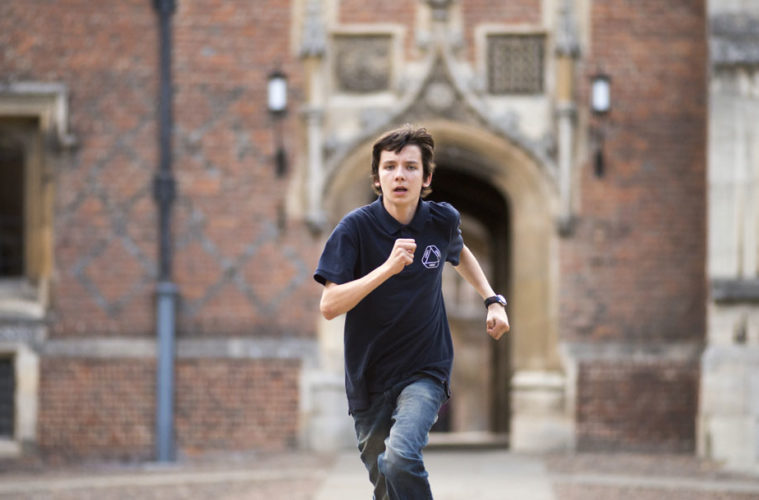 Update: A new trailer for the film, now called A Brilliant Young Mind, has been made available ahead of a theatrical release on September 11. Watch it below.

One of the welcome surprises at the Toronto International Film Festival was Morgan Matthews‘ X+Y, a math-centered drama that’s still seeking U.S. distribution. The film features Asa Butterfield as Nathan, a young man on the autism spectrum supported by a loving family, including mother Julie (Sally Hawkins) and Michael (Martin McCann). After a tragic accident, Julie is a widower dealing with the challenges of raising a son who refuses to combo meals that don’t contain a prime number of items. Seeking help through his school, he’s paired with a mentor Mr. Humphreys (Rafe Spall). Humphreys, a former wiz kid now suffering with MS struggles socially like Nathan, he reassures him and Julie that Nathan will be fine.

We said in our review, “X+Y is a rich character study mediated through Nathan’s lens. Butterfield gives one his best performances capturing a kind-hearted young man; he successfully externalizes what Nathan has tremendous difficulty sharing. Despite expected plot developments, X+Y is a textbook in how to create a film that contains all the expectations a plot such as this evokes while feeling fresh and exciting. It’s a confident debut from a documentary filmmaker who has successfully transitioned into fiction, although given its source material, the real-life Nathan’s tale is a little stranger than the one on screen here.” We’ve now got a new U.K. trailer ahead of a release there next year, which can be seen below.

X+Y hits theaters in March in the U.K. and is awaiting a U.S. release.