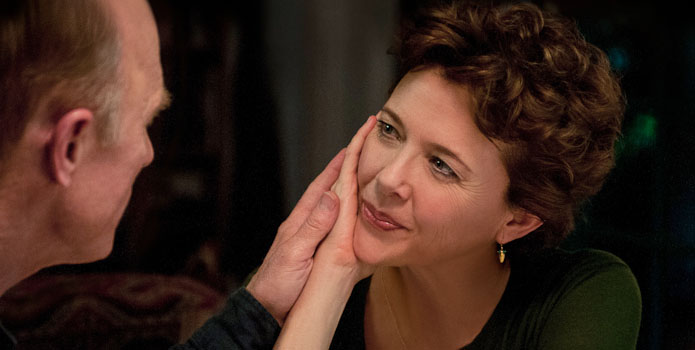 Premiering at the Toronto International Film Festival last fall, the romantic drama The Face of Love didn’t seem to stir up much buzz, but it’s now been set for a spring release and today brings the first trailer. The story follows Annette Bening as a widow who sparks a relationship with a teacher (Ed Harris) that looks identical to her late husband. If this was a Nicholas Sparks novel I’d certainly roll my eyes, but under the direction of Arie Posin, who impressed with the indie dram The Chumscrubber, hopefully better things are in store. Check it out below for the film also starring Jess Weixler, Robin Williams and Amy Brenneman.

Five years after losing the love of her life, Nikki (Annette Bening) falls in love again … at first sight. Tom (Ed Harris) is an art teacher with a kind heart and a great zest for life, but what he doesn’t know is that he’s also a near perfect double for Nikki’s deceased husband. Seduced by the chance to live as if her husband were never lost, Nikki spirals into a fantasy of the present as past, while Tom must unravel the mystery behind her immediate and unconditional love.

The Face of Love arrives on VOD and in theaters on March 7th, thanks to IFC Films.