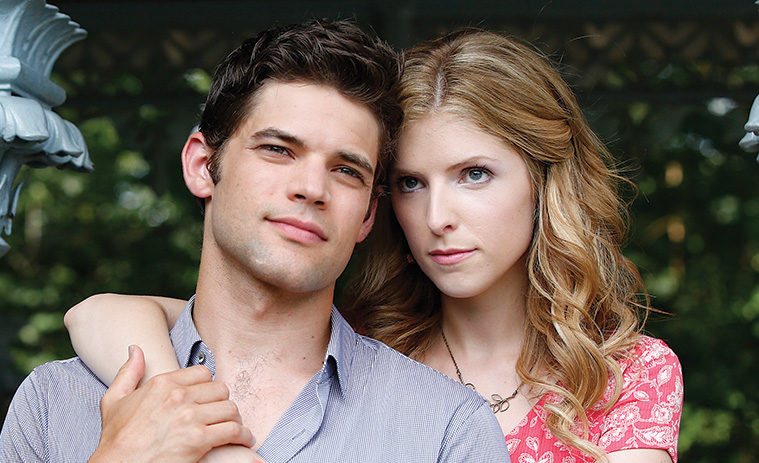 While she belted more than a few songs out in Pitch Perfect and can be seen strutting her vocal chords in this fall’s Into the Woods, Anna Kendrick will get center stage in an upcoming musical adaptation, one of a much smaller scale. The Last Five Years, which premiered at Toronto International Film Festival earlier this year, will get a release just in time for Valentine’s Day and today the first trailer has landed.

Coming from writer-director Richard LaGravenese (Beautiful Creatures), who adapted Jason Robert Brown‘s musical, the story follows the ups and downs of a marriage between the characters played by Kendrick and Jeremy Jordan. The reviews out of TIFF were divisive, with many not sold by the small-budget aesthetic, with others enjoying the musical numbers. If you’re a fan of the latter, you’ll most certainly take a liking to the preview, which can be seen below along with a clip.

In this adaptation of the hit musical, The Last Five Years is a musical deconstruction of a love affair and a marriage taking place over a five year period. Jamie (Jordan), a young, talented up-and-coming Jewish novelist falls in love with Cathy (Kendrick), a Shiksa Goddess and struggling actress. Their story is told almost entirely through song. All of Cathy’s songs begin at the end of their marriage and move backwards in time to the beginning of their love affair, while Jamie’s songs start at the beginning of their affair and move forward to the end of their marriage. They meet in the center when Jamie proposes.

The Last Five Years opens on VOD and in theaters on February 13th, 2015.