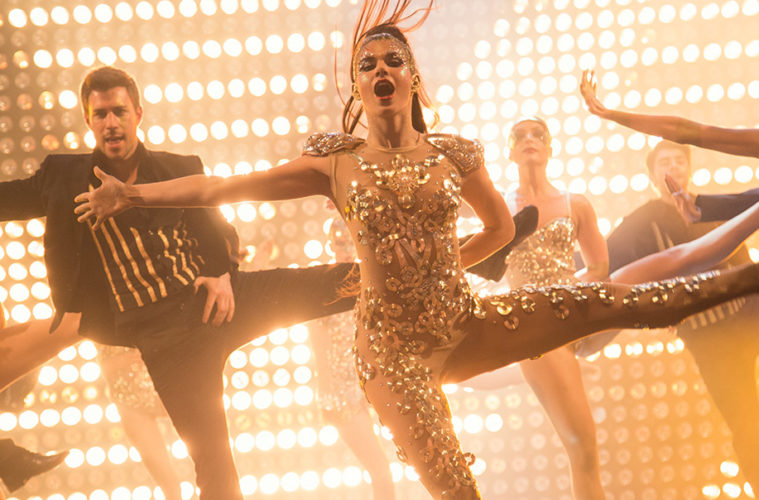 When it comes to both content and intent, few working directors better fulfill the common conceptions of “genre cinema” as thoroughly as Álex de la Iglesia. More than Mexico’s most gleeful purveyor of gore, flesh, and tools of dismemberment, he’s positioning these as tools for the propagation of social commentary. The latest target is reality television, the film in question is My Big Night (Mi Gran Noche in Spanish), and, as expected, his goal is annihilation.

So it seems from the first trailer — made available ahead of its Spanish theatrical opening and TIFF showing — a brief, packed, lurid, fast-cut piece of work that shouldn’t disappoint fans of his work. It’s only natural to wonder if de la Iglesia can leave new marks on a much-attacked subject — recently handled in Matteo Garrone’s Reality, no less — but the force with which he tends to approach things should ensure that My Big Night is, if nothing else, absolutely unrelenting.

Have a look at the preview (via FilmOSphere):

José, unemployed, is sent by a temp agency to work as an extra in a shed in the middle of an industrial area near Madrid, to record a New Year’s Eve program in the middle of August. Hundreds of people like him spend a week-and-a-half locked up day and night, sweating and desperate, pretending to laugh and stupidly celebrate the arrival of the new year, again and again. And no one rejoices. Alphonso, charismatic star of the song, is capable of everything to ensure that their behavior will cause a maximum of shares on social networks. Adanne, his nemesis and a young Latin singer, is harassed by fans who want to blackmail. The presenters of the show hate each other and fight for the favor of the producer, who struggle so that the chain does not close. But what no one expects is that the life of Alphonso is in danger. As they laugh and applaud senseless scenes they do not see, extras lose reason, and our protagonist falls in love. Can a good man survive this insane spiral is life?

My Big Night opens in Spain on October 23 and is currently without a U.S. distributor.