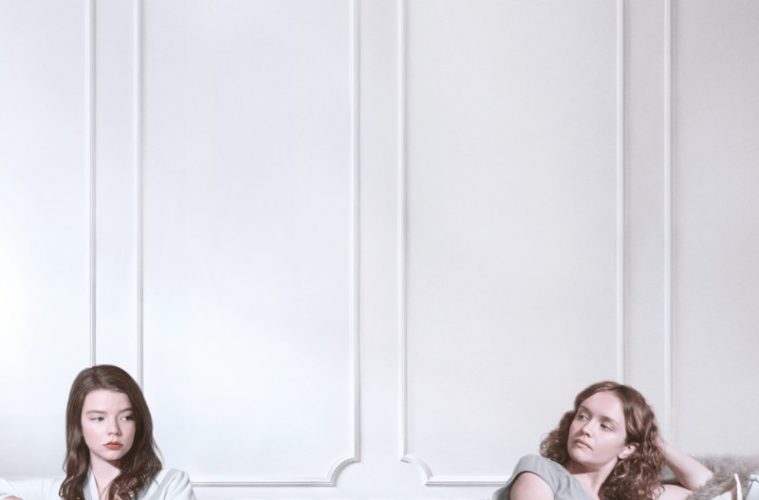 Thoroughbreds exhibits the best and worst of both indie thrillers and comedies, and seems pitched specifically to earn attention as a first feature from “an exciting new voice!” It’s confidently made with an eye for more than workmanlike style, it’s certainly able to conjure its own original world with an accompanying tone, and it brings forward some very fun performances. It’s also overly, sometimes gratingly affected – perhaps best showcased in how it’s divided into chapters (announced with ominous title cards) for no reason and with no coherence. It’s also much better on the comedy front than as a thriller, taking 90 minutes to arrive at the point which seems like it should be the halfway mark of a truly engaged thriller.

Anya Taylor-Joy and Olivia Cooke play Lily and Amanda, well-heeled Connecticut teenagers who grew up as best friends but have been estranged for years, recently reconnected only after Amanda’s mother pays Lily handsomely to tutor her. Amanda, who openly professes to experiencing no emotion whatsoever, has recently become a pariah thanks to her messily, ruthlessly euthanizing her family horse. The initial tension between the pair eases into companionship, as the high-strung Lily finds she can admit her darker suppressed thoughts to Amanda without fear of judgement. Thoughts like her strong desire to murder her douchebag stepfather Mark (Paul Sparks). In the grand tradition of teenage murder romps, talk eventually turns to tentatively planning, and then action.

It’s once the movie hits that planning stage that it stalls for a good while, trapped between the heightened fixtures of crime fic and its own insistence on undermining the girls with “realistic” intrusions. An attempt to blackmail small-time drug dealer Tim (Anton Yelchin, whose perfect haplessness is yet another sting over his untimely death last year) occupies much of their attention before fizzling out without even a proper closure to his character. The movie constructs an attractive gun, but hesitates on pulling the trigger. As a result, it often lapses into listlessness.

This is a shame, since director Cory Finley’s script (developed from what was originally a play, as is plainly evident from how the film mostly takes place within Lily’s gigantic house) both establishes a sharp sense of morbid humor and is on to something about the sociopathy of wealth. Taylor-Joy and Cooke have a weird, comedic dynamic that could have put them in the canon of cinematic duos if the movie had been braver in pushing their relationship to darker territory. Ultimately, Thoroughbreds is a lot of potential with an anticlimactic payoff.

Thoroughbreds screened at AFI Fest and opens on March 9, 2018.