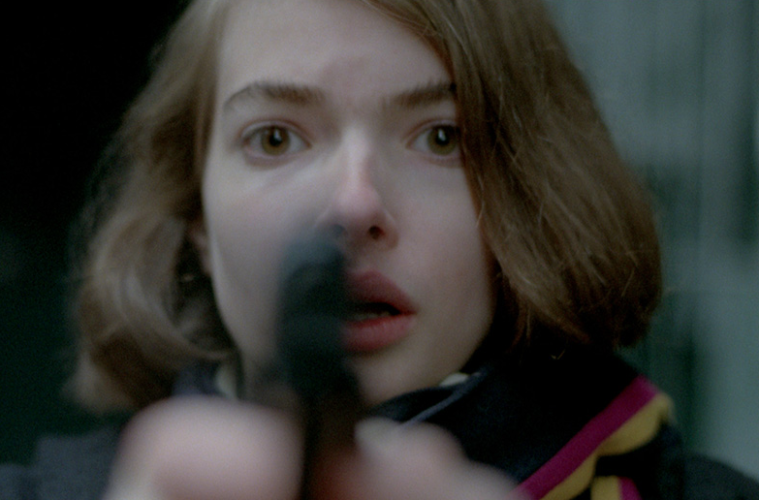 Over the course of more than thirty years, Abel Ferrara’s films have shocked and challenged audiences with their uncompromisingly personal vision of death, family, evil, and faith. On the occasion of the theatrical and VOD re-release of one of his earliest films, the female revenge picture Ms. 45, he joined us over the phone from Rome, where he’s working on his biopic of controversial Italian director Pier Paolo Pasolini. Detailing the aforementioned projects, as well as his experiences with ‘R Xmas, The Addiction, Body Snatchers, his long-gestating potential take on Jekyll and Hyde, and much more, check out the full conversation below.

The Film Stage: Does being in the middle of one film while doing promotion for the other force you to see the similarities between each?

Abel Ferrara: Between 45 and Pasolini? What would you say? What you think?

That’s why I’m asking you, man.

Well, that’s a tough question. But I just did make a film about Straus-Kahn, which is about a rape so looking back on 45, I think those are kind of similar. But, the similarity between Pasolini is that one time in the 90’s, we were going to try to do Pasolini’s story but only with Zoe [Lund, star of Ms. 45] as Pasolini; a female director living the life that Pasolini lived. It would’ve been an interesting movie but unfortunately Zoe’s dead, so that ended that idea.

Speaking of Zoe Lund, who would collaborate again with you on Bad Lieutenant, which she co-wrote. Beyond just starring in it, did she have a heavy creative hand in the making of Ms. 45?

Well, it was written by Nicholas St. John and it was basically that film which he wrote. I got the script, and I didn’t even know if he was writing for me, but it was just a beautiful piece of writing, and we just kind of stuck to it, it was really word for word off the page, you dig? But you needed the girl — she’s in every shot of the film — but the creative input of an actress, it’s 100% in the film. The film is really her understanding of what Nicky was writing; it was like a real marriage of character and material.

Three of the films of yours that are most outwardly genre — Ms. 45, Body Snatchers, and The Addiction — all have female leads. How important was the female perspective in tackling genre?

Well, that’s interesting with a woman in lead, especially now when you never see women; I mean, the female side of filmmaking is just a nightmare now. That’s the thing, though, that made it different, the approach to genre — it’s like going into the negative of it, you know, not “woman as victim” but “woman as victimizer.” It put a very interesting spin. Funny thing in The Addiction though: the two characters that were played by Annabella [Sciorra] and Chris Walken — well, when Chris read the script he was reading a female character, when I went to rehearse with him the first time, he thought the female character was a male character, that was just the character he wanted to play. It was written for a female but he played it, so we gave the other character to Annabella, which was a male character. It’s interesting: obviously the balance between the female and male side of anything, but in the end the actor got his wish.

As evidenced in Ms. 45, your films depict a very scary New York, which later was seen on the verge of change due to Guiliani’s election with ‘R Xmas. How much more has it changed in the years since?

It’s changing constantly. Now it’s become the millionaire’s playground. I mean post-9/11 it became a.. you know, it’s just such a dynamic place that’s it’s attracted every single person in the world, and when that happens, well, just the natural flow of supply and demand. But once you get out of an end, New York gets funky quick. You know what I’m saying?

You said before, in regards to the relation between King of New York and ‘R Xmas, that the former depicted a more blatantly exaggerated view of drug dealing, while the latter an intimate one. Do you feel that this duality of sorts extends throughout your entire filmography? That one film addresses a theme in a more make-believe way, the other a more realistic one?

Well, yeah. When you start living a life, I mean when you make something like King of New York, where there’s drug dealing and this and that, it’s kind of a part of your imagination. But when you start looking at the reality of these movies, the film doesn’t reflect that. So that’s why we started enacting the style of — well, I don’t quite know how to say it — but pursuing the reality of the acting in the kind of style you love, or that I really love; you start getting into an almost documentary-filmmaking way. So the fact that we started making documentary films was an obvious direction to go in — not a place to end up in, but pass through. And I think ‘R Xmas kind of was like a first documentary film, because the characters in that film… I mean, that story happened, and those were people that we knew, and we tried to keep it real. How much have you felt your films have changed since Nicholas St. John stopped writing them?

Nicky was a dynamic, brilliant writer, and dynamic thinker, and an incredible person, but he just didn’t want to do it anymore. You know, he just had enough. In this business you’re part of a team, but at the same time I am me, man, I’m a filmmaker — I’ve got to keep making films. It wasn’t in my deck of cards to stop, at least not then, and not now. It was a big thing to achieve, but, at the same time, as they say, “next man up.”

After Ms. 45 you did a lot of work in television, such as episodes of Michael Mann-produced shows like Miami Vice and Crime Story. Do you feel there was anything personal about that work, or were they simply jobs?

I don’t know how personal you could shoot Miami Vice in a week, but Crime Story was different. But it’s your art, it’s your work, you’re the director and you deliver. It’s Michael’s Crime Story, it was Chuck who wrote it — it was true, it was real. I went in there and I did what I needed to do. Crime Story I kind of like a lot. I certainly reached through when making it then. I was to, for better or worse, comprehend that vision, and deliver a vision. You know what I’m saying? Ya dig? It was a collaborative effort where the producer was a major collaborator, because it was his take on it. Ya dig? Almost 90% of the time we’re the ones put in that position. I recently saw Body Snatchers and loved it, then found out that it was completely buried by the studio. What happened, and did that scare you away from studio filmmaking?

It was one of these corporate in-fighting things, and it’s a long and boring story, but if we meet each other and you got a couple hours, I’m sure you’d find it interesting. But it was a corporate deal, and the people involved with it fell out of favor with the studio, and it’s one these films where they run it through a bunch of high school kids who grade it, and if you get less than a fucking 80, they don’t give a shit. But, again, the film exists and it’s there, and you thought it was great. We put a lot into it, but the plus side was an unlimited budget to do certain things. There were just certain things we did in that film that you really can’t do unless you have that kind of money.

I worked with studio guys, but it’s a film I’m very proud of, and it is what it is. And I certainly didn’t make any more there, and I wasn’t asked to make any more, so I could’ve turned down a big Hollywood career, but we weren’t exactly pursuing it. Film’s about personal freedom, man, and you can’t be compromised even a little bit. With filmmaking, it’s all or nothing, and it’s as simple as that; if you’re not making films from a place of total artistic freedom, don’t even bother.

I know that you’d been working on a Jekyll and Hyde adaptation at a big studio that ended up falling apart. Do you think it’s still something you could do with budget and resources more in line with your recent films?

I mean, it’s been around for 150 years, so I don’t think it matters whether we do it last month or nine years ago or three years ago. I wanted to do it with Forest [Whitaker] and 50 Cent, and it’s still a story I really want to do, because it’s never really been done, or at least not the way it was really conceived by the author; it’s two separate individuals, not as one actor playing both of them. Ya dig? He was talking about the total physical transformation of separation, ya dig? When one guy plays both roles, that’s the werewolf — that’s not Jekyll and Hyde. Jekyll and Hyde’s never been made, and it never was. I don’t care how many Academy Awards they gave people, or how many times they did it. But this Pasolini thing is a little Jekyll and Hyde-ish, so the project is definitely still on, but it needs to be done by somebody and done right — not this bullshit make-up on the same guy thing. Ms. 45 returns to theaters in New York and Austin on December 13th and Los Angeles on December 20th. It will be released on VOD on March 25th, and one can see the full roll-out schedule here.