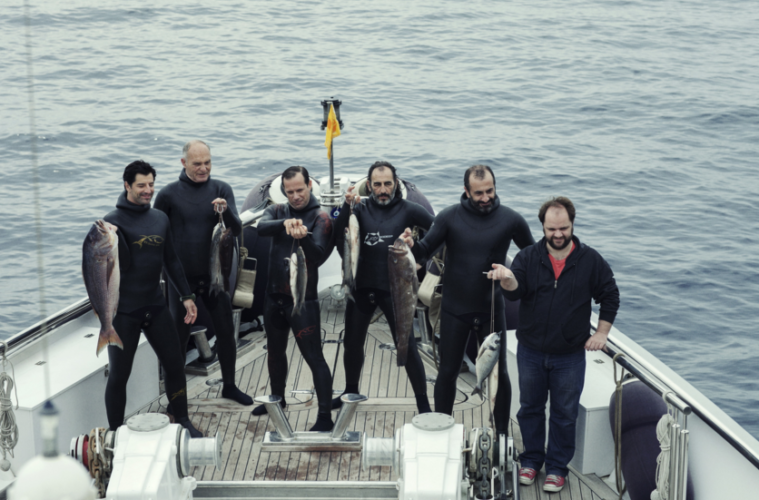 A few weeks after Yorgos Lanthimos‘ The Lobster finally lands in the United States, it’s only fitting we get the next feature from Dogtooth and Alps producer Athina Rachel Tsangari. Following up Attenberg, her latest film is Chevalier, which follows a group of men at sea who attempt to one-up each other in various, increasingly dangerous games.

We said in our review, “From one of the earliest images of them — in a line, flaunting their catch from the sea — the film finds the group conducting virtually every variation on the dick-measuring contest. Unfortunately, this is why Chevalier is the kind of one-note, overly conceptual art film that says all it has to say within its first five minutes, but attempts to bury it with broad jabs at easy targets.”

In the middle of the Aegean Sea, on a luxury yacht, six men on a fishing trip decide to play a game. During this game, things will be compared, measured and blood will be tested. Friends will become rivals, but at the end of the voyage, when the game is over, the winner will wear the victorious signet ring: the “Chevalier”.

Chevalier opens on May 27th.