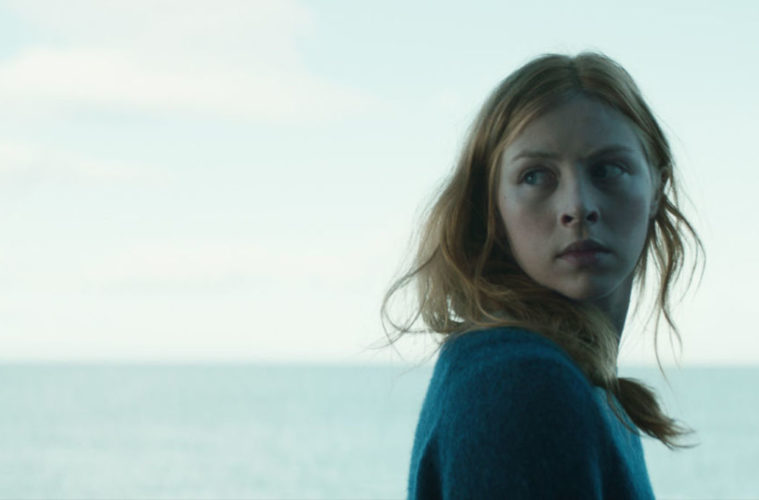 World premiering at the Toronto International Film Festival last fall, Irish director Neasa Hardiman’s creature feature Sea Fever is an intriguing tale of mayhem in the ocean. Following a marine biology student who is aboard a fishing ship when a mysterious parasite makes its way into the cabin, the first trailer has now arrived ahead of a release early next month.

Jared Mobarak said in his TIFF review, “The way the suspense unfolds reminded me of Danny Boyle’s Sunshine—subtler and without the high octane finale. A problem arises and everyone takes it lightly (save one) even after irrefutable evidence says they shouldn’t. The sea fever is somehow so prevalent a possibility that the smallest shred of deniability leads Gerard and Freya to chalk things up to paranoia instead. It’s interesting that Hardiman keeps this line of uncertainty going well after we see what the creature they’ve encountered can do because it gets to the point that mankind will talk itself in circles if it means preserving its self-interest. When the impossible is proven possible, we’ll still go out of our way to pretend it’s not because fear of the unknown is better than our imminent demise.”

Siobhán’s a marine biology student who prefers spending her days alone in a lab. She has to endure a week on a ragged fishing trawler, where she’s miserably at odds with the close-knit crew. But out in the deep Atlantic, an unfathomable life form ensnares the boat. When members of the crew succumb to a strange infection, Siobhán must overcome her alienation and anxiety to win the crew’s trust, before everyone is lost.

Sea Fever opens on April 10 in theaters and on VOD.