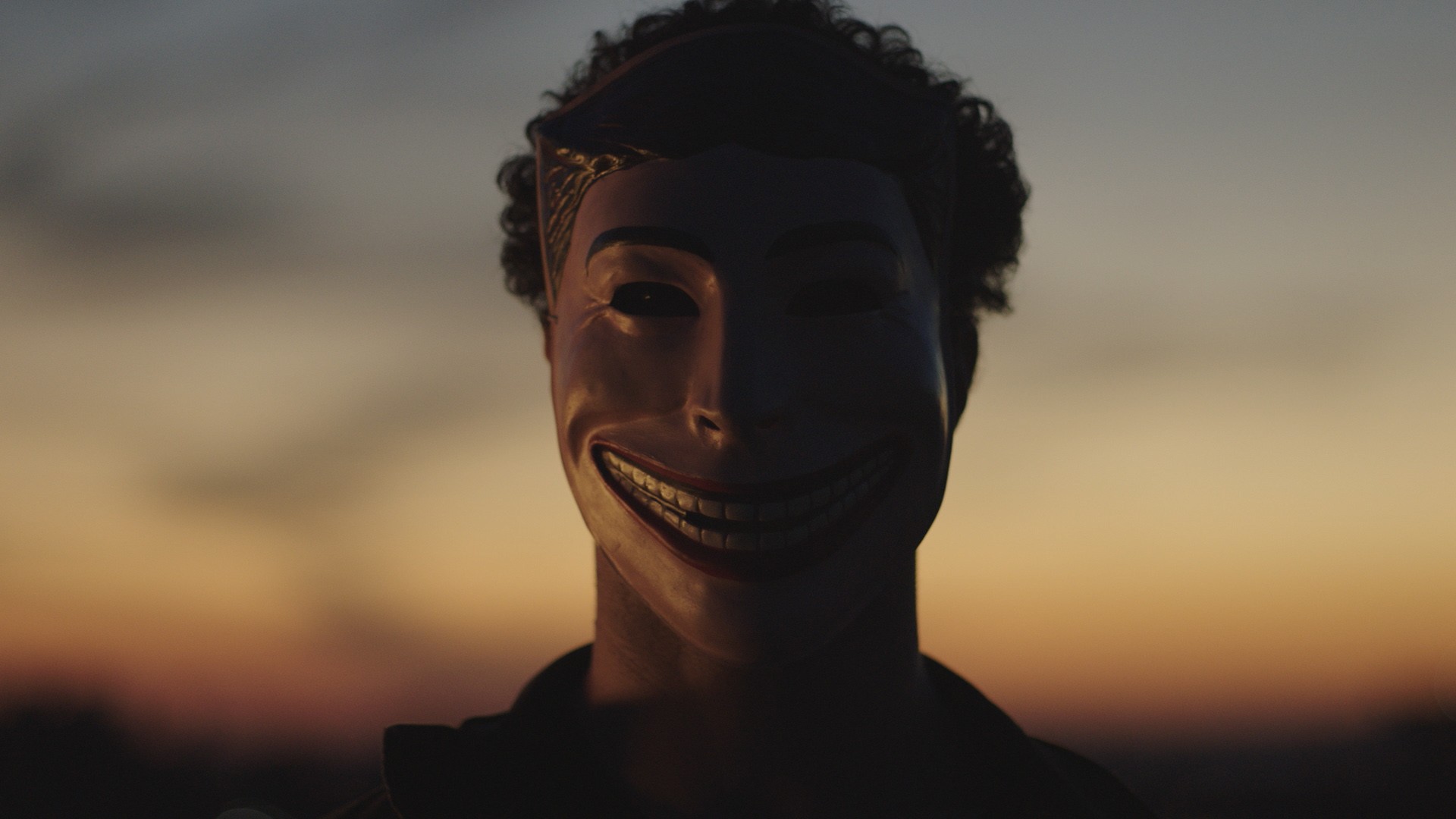 The latest entry in the unsettling cinematic canon of men donning terrifying masks, Funny Face brings its own singular take, courtesy of director Tim Sutton. The story follows a young Muslim runaway who befriends a disturbed young man who wears a mask and moonlights as Funny Face, hellbent on seeking revenge on a real estate developer who displaced his grandfather and grandmother. The unlikely duo find comfort in one another as they set their sights on taking down the developer. The trailer for the film strikes a particular tone that mixes pulsing anxiety and underlying wit. Sutton achieved success with 2018’s Donnybrook, a drama about bare-knuckle fighters starring Jamie Bell and Margaret Qualley. Set to arrive at the end of March on VOD, the cast of Funny Face includes Cosmo Jarvis, Dela Meskienyar, Jonny Lee Miller, Victor Garber, Rhea Pearlman, and Dan Hedaya.

Rory O’Connor said in his review, “What Funny Face lacks in social commentary, however, it makes up for in mood. Gath’s work is exceptional as is the sultry lighting. Ex-LCD Soundsystem guitarist Philip Mossman’s synth-driven score builds tensions where tensions ought to be built. These factors combine to create a sleepy sense of aloofness that is seductive but occasionally comes at a cost, leaving the actors to do much of the emotional heavy lifting with physicality alone. Jarvis is not short on this as a handsome and bulging pressure cooker in black denims, but there is a sense we are being denied the full array of his charms. It should perhaps not be so surprising in a film whose most obvious forbearer is Nicolas Winding Refn’s Drive.”

Funny Face will be released on VOD on March 30.