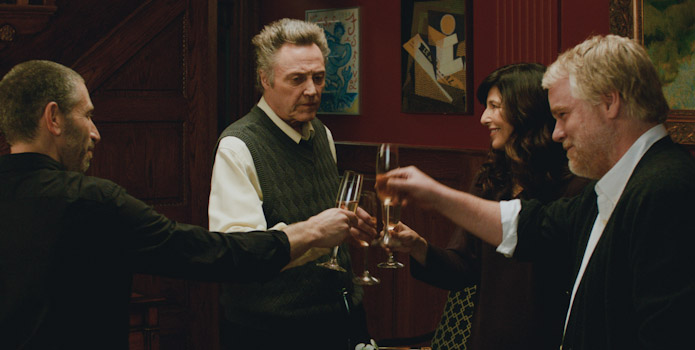 Although The Master finally makes its debut this week, it wouldn’t be the fall festival season if we didn’t have another drama featuring the great Philip Seymour Hoffman. As twenty-five percent of Yaron Zilberman‘s new drama A Late Quartet, Hoffman is alongside other heavyweights Catherine Keener and Christopher Walken, as well as Mark Ivanir, in the film that follows a string quartet in New York City.

With a premiere at Toronto International Film Festival set for tonight, the first trailer has arrived from Indiewire, which skews torwards the older demographic as we deal with Walken’s character being diagnosed with Parkinsons and more events in the intertwined lives of this group. The actors are sure to deliver fine performances, I just hope Zilberman can keep this specific upper-class lifestyle interesting. Check out the trailer below for the film also featuring Imogen Poots. A Late Quartet arrives in theaters on November 2nd, 2012 after a TIFF premiere.