A Journalist is Advised to Not Read the Comments in U.S. Trailer for Dutch Horror Comedy The Columnist 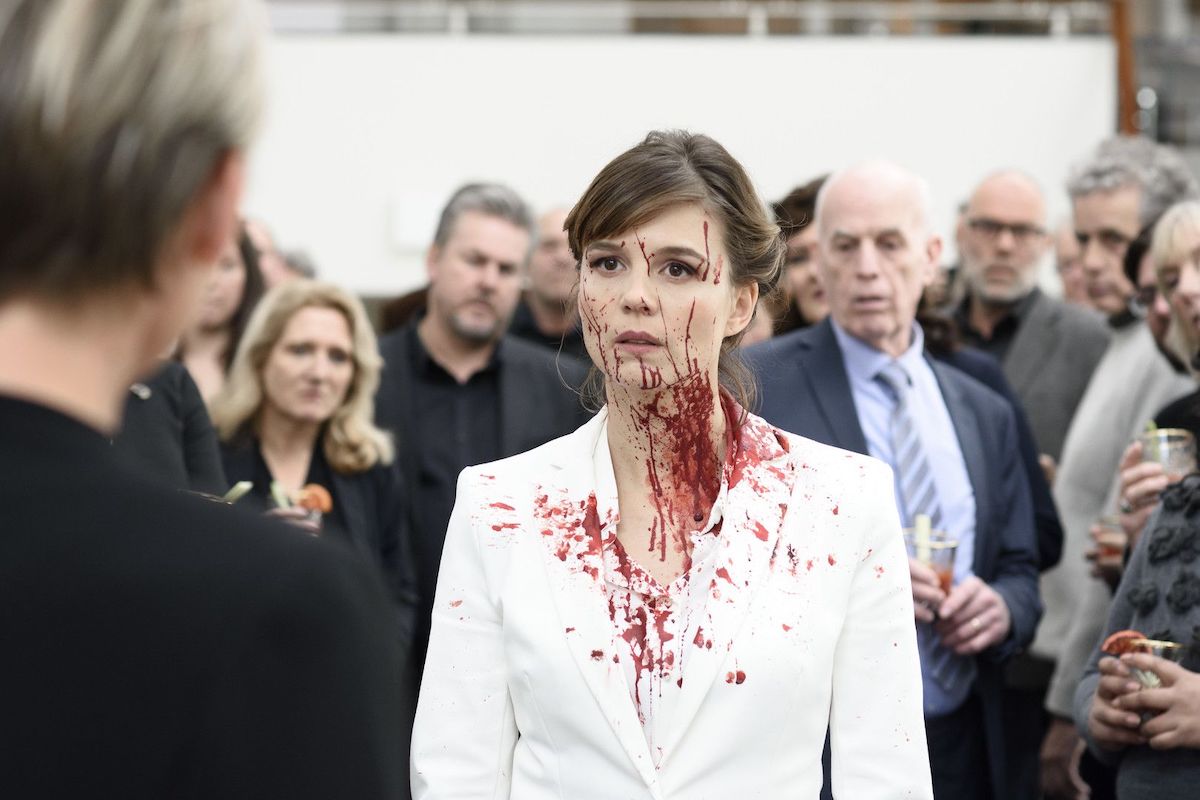 An official selection at Fantasia Film Festival and the Telluride Horror Show, Film Movement has unveiled the new trailer for the Dutch horror comedy The Columnist, starring Westworld alum Katja Herbers, and directed by Ivo Van Aart, scheduled for a digital release on May 7 in the US..

Femke (Herbers) is a journalist who needs to work on her manuscript, but becomes distracted by intimidating and threatening comments on social media. Her friends, publicist, and agent encourage her to ignore the nasty comments, but Femke has determined the only way to commence work on her manuscript is to exact bloody revenge on her cyberbullies one by one.

Our dispatch by Matt Cipolla highlights the film’s flaws, saying, “Daan Windhorst’s script is never too keyed into Internet culture or the themes he and director Ivo van Aart try to address. It finds its mix of satire and black comedy in the last 15 minutes, but by trying to end on a bang, The Columnist just softens the blow.”

Film Movement will release The Columnist on May 7, 2021.