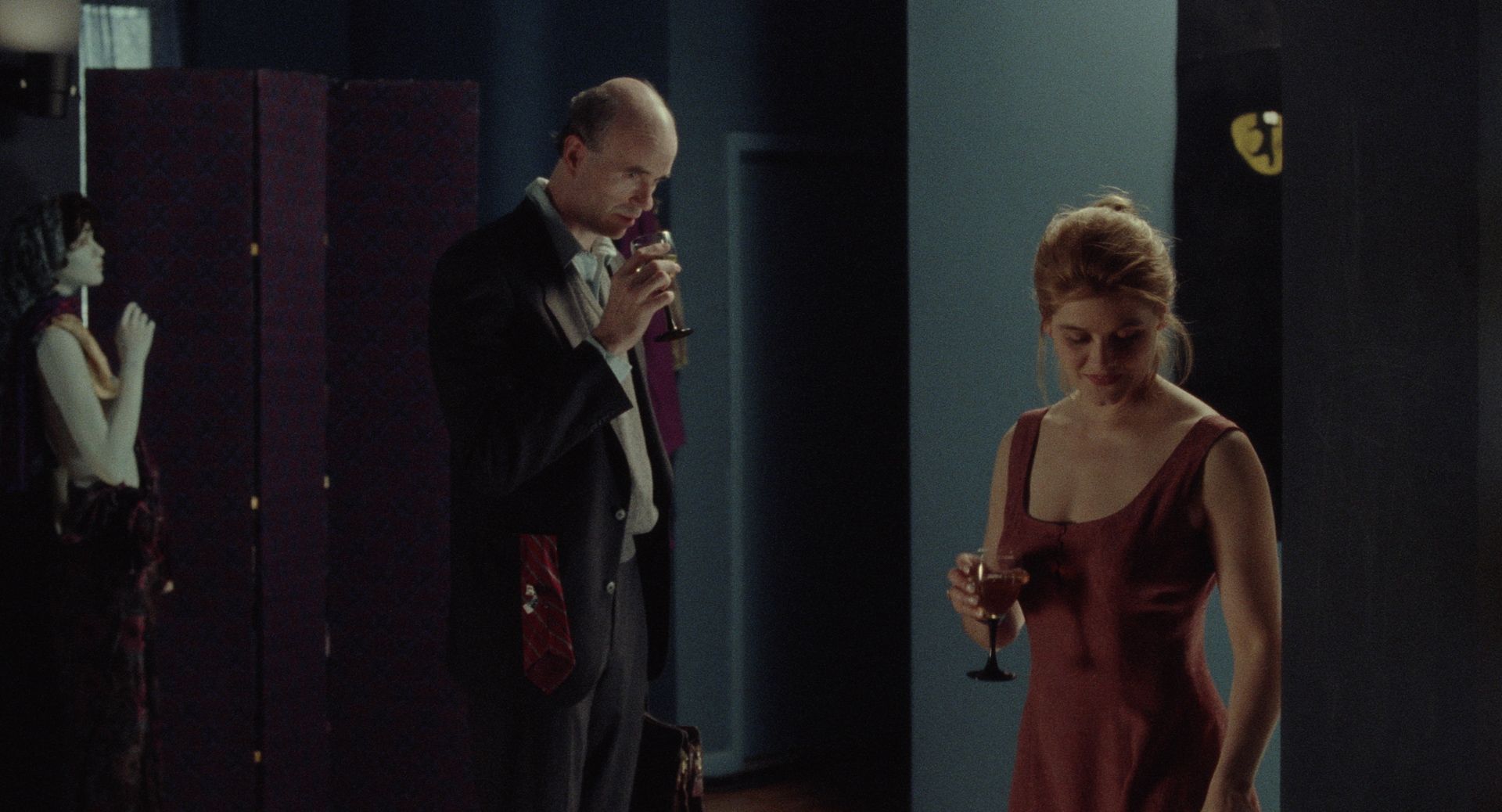 What Happened Was… is a lost classic of many stripes—the single-set movie, the bad-first-date comedy, the ’90s American indie, the multi-hyphenate passion project. (Oh, and the key inspiration for aspiring screenwriter Charlie Kaufman. Not that that’s any kind of genre.) Meager in scale and vast in implication, writer-director-star Tom Noonan’s 1994 Sundance winner is coming back at just the right moment: when we’re trapped inside and facing our worst fears.

Once only available in horrid-looking SD, it’s been given a 4K restoration arriving next week from Oscilloscope. Thus a trailer that captures the film’s distinct sense of dread while showing off this new sheen’s revitalization—as a longtime fan it’s hard to believe the film could ever look this good.

Watch it below and check back next week for our interview with Noonan:

Winner of the Grand Jury Prize and the Screenwriting Award at the 1994 Sundance Film Festival, WHAT HAPPENED WAS… is Tom Noonan’s directorial debut; a darkly humorous take on dating dread. Featuring powerhouse performances by Noonan and Karen Sillas as two lonely hearts spending one claustrophobic Friday night together in an imposing apartment, the film exposes with startling clarity the ways in which people struggle to connect. As relevant now as ever, O-Scope undertook a brand new 4K restoration from the film’s original 35mm negative and is making this pristine version widely available for the first time since the 90s.