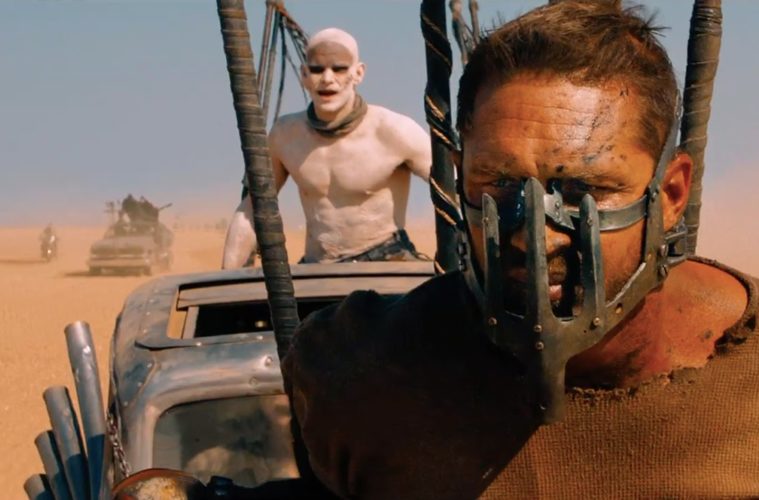 The summer has arrived, at least when it comes to the world of film. While our extensive preview of the season with over 50 titles should clue you in on our top selections of what to see over the next four months, we’ll still be checking in every month on our top 10 selections. Kicking things off in May we have perhaps the cinematic event of the year, along with the summer’s most promising blockbuster (unfortunately I was sorely disappointed by what’s certain to be the biggest money-maker, hence its exclusion), a collection of independent dramas, and much more. Check out our top 10 to look forward to below, and let us know what you want to see in the comments.

Synopsis: A French teacher in a small Algerian village during the Algerian War forms an unexpected bond with a dissident, and is then ordered to turn him in to the authorities.

Why You Should See It: After taking part in one of the year’s best films thus far, Jauja, Viggo Mortensen leads another drama arriving this month. We said in our review, “Writer/director David Oelhoffen has a special film on his hands because it’s powerful tale begs audience members to learn more about the subject. I’m not talking about the fictional character of Daru (Viggo Mortensen) secluding himself in the mountains to teach young Arab children how to read while civil war wages on or his unwitting ward of the state Mohamed (Reda Kateb) awaiting trial in Tinguit for murdering his cousin. I’m referencing the backdrop—where those mountains are and the “why” of the ongoing rebellion amidst them that spans two ethnicities, two languages, multiple races, and one common goal of freedom.”

Synopsis: Two mismatched personal trainers’ lives are upended by the actions of a new, wealthy client.

Why You Should See It: Few films I saw at Sundance this year have grown on me like Andrew Bujalski‘s latest drama. While I was uncomfortably taken aback by some of the structural and editing choices, there’s a certain charm that can’t be denied. We said in our review, “Certain movies coast by on the charm of their cast, and that’s pretty much the case with writer-director Andrew Bujalski‘s Results. That’s not to say the film completely rests on the shoulders of the talent assembled, but if there’s one major reason why the film ultimately succeeds, it’s because of this pack of reliable actors turning in entertaining performances.”

Synopsis: Bound by a shared destiny, a teen bursting with scientific curiosity and a former boy-genius inventor embark on a mission to unearth the secrets of a place somewhere in time and space that exists in their collective memory.

Why You Should See It: While we can’t disagree with Mike Ryan‘s assertion that “Tomorrowland had more buzz in 2013 than it does right now, a movie that comes out in [three] weeks,” there’s namely one factor continues our keen interest: Brad Bird. Four for four in his filmography, with a highly successful jump into live-action thanks to Ghost Protocol, we have yet to see if the story follows through, but we’d wager there will be few better-directed films this summer.

7. Heaven Knows What (Ben Safdie and Joshua Safdie; May 29th)

Synopsis: A vagabond couple in NYC battling addiction amidst a manic love affair.

Why You Should See It: One of the most acclaimed dramas on the festival circuit the last year, we said in our review, “Exploring the plights of the middle-class or lower-class isn’t sparse in cinema, but it’s rare to see a seemingly accurate portrayal of homelessness in conjunction with drug addiction. Shot with a detached style, directors Benny and Joshua Safdie take a story that is ushered along by a heroin addict named Harley in New York City (played by first-time actress Arielle Holmes) and weave it into a compelling narrative that occasionally has a false sense of urgency. The collaboration between the three of them provides a narrative arc that is both heartbreaking and endlessly fascinating to watch.”

Synopsis: A celebrated military contractor returns to the site of his greatest career triumphs and re-connects with a long-ago love while unexpectedly falling for the hard-charging Air Force watchdog assigned to him.

Why You Should See It: In a season where you can’t turn your head without some sort of explosion-filled setpiece, perhaps it was a smart decision for Sony to delay Cameron Crowe’s latest to this summer. With a setting that certainly warrants the time of release, we’re looking forward to the director’s particular brand of optimistic romanticism. Featuring Bradley Cooper, Bill Murray, Emma Stone, Rachel McAdams, Danny McBride, Alec Baldwin, and more, it also has one of the summer’s best casts.

5. Far From the Madding Crowd (Thomas Vinterberg; May 1st)

Why You Should See It: Following his piercing, bleak drama The Hunt, director Thomas Vinterberg is clearly having a great deal of perhaps needed fun with his follow-up, an adaptation of Thomas Hardy‘s classic novel, Far From the Madding Crowd. The preeminent kind of period piece, the late 19th century tale arrives with a heightened sense of self-awareness on what makes this genre tick. With sun-kissed cinematography, a swelling score, and back-and-forth romantic yearnings, this is a drama, despite feeling rushed in sections, intent on providing satisfaction above all else. Check out my full review.

Synopsis: A 16-year-old boy goes on a journey across 19th Century frontier America in search of the woman he loves, while accompanied by mysterious traveler Silas.

Why You Should See It: What’s sure to be one of more visually stunning films of the years, I said in my review, “The treacherous landscape of the west has been captured in numerous entries in the genre, but rarely with the distinctive vibrancy cinematographer Robbie Ryan (Fish Tank) brings to it in Slow West. John Maclean — who has had a long relationship with his star Michael Fassbender in a handful of shorter form projects — makes his directorial debut here, clearly reveling in providing his twist on the genre, while still holding true to its roots.”

3. When Marnie Was There (Hiromasa Yonebayashi; May 22nd) Synopsis: A young girl is sent to the country for health reasons, where she meets an unlikely friend in the form of Marnie, a young girl with flowing blonde hair.

Why You Should See It: After three decades with consistent output of some of the finest animations ever made, Studio Ghibli may have no films on the horizon, but their last one for now is a pleasant way to go out. Based on the novel by Joan G. Robinson, the sophomore feature of Hiromasa Yonebayashi (The Secret World of Arrietty) is a more of a modest offering from the studio, but its beautiful design and heartfelt emotions will certainly win one over. This English-language version features voice work by Hailee Steinfeld, Kiernan Shipka, Kathy Bates, Ellen Burstyn, Geena Davis, Catherine O’Hara, John C. Reilly, Raini Rodriguez and Vanessa Williams.

Synopsis: In a post-apocalyptic world, in which people fight to the death, Max teams up with a mysterious woman, Furiousa, to try and survive.

Why You Should See It: You’ve certainly seen the eye-popping trailers by now and if by some chance you haven’t, that’s all the better. With a vibrant color palette and practical effects all too rare in today’s Hollywood, George Miller‘s return to the action area is shaping up to be the summer’s best blockbuster offering. With recent screenings resulting in overly enthusiastic reactions, it looks like the “mastermind” has followed through.

Synopsis: Based on two books by Bibhutibhusan Banerjee, The Apu Trilogy follows one indelible character, a free-spirited child in rural Bengal who matures into an adolescent urban student and finally a sensitive man of the world.

Why You Should See It: The films that Martin Scorsese once called “one of the great cinematic experiences of my life,” from a director Akira Kurosawa said, “never having seen [his films] is like never having seen the sun or moon,” are returning to theaters in a gorgeous restoration. Satyajit Ray‘s landmark The Apu Trilogy, which tracks the life of a child in the outskirts of Bengal leading to his eventual education and young adulthood, is certain to be a more worthwhile experience than any studio release this summer. Opening in New York City next week and expanding across the country over the summer, seek them out if they are coming to you.