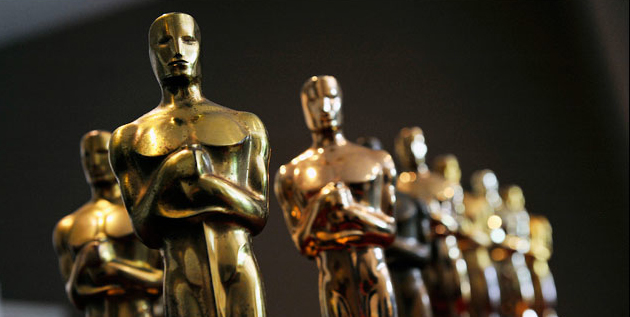 With the Academy of Motion Picture Arts and Sciences unveiling their 2013 nominations this morning, there were many surprises to be had. From some of our favorites getting recognized to a few sure-fire snubs, there is much to discuss, so we’ve rounded up the biggest shocks from the full list of nominees. Dive into a few of the bombshells revealed this morning by checking out the rundown below and let us know if any of our picks similarly surprised you.

The moment Argo came out it was decided to be a top-tier contender for all things Oscar. It had the right look (period), the right subject (Hollywood) and the right director in Ben Affleck, the comeback kid. Now, with Affleck sitting somewhere Best Director nomination-less, Argo plays as one of those other 4 films nominated for Best Picture, pretty much relegating its accolades to be placed on top of its future Blu-Ray cover, nothing more. The same goes for Zero Dark Thirty. Though it attracted some serious love from critics, it apparently didn’t swing with the Academy enough to get Kathryn Bigelow her second nomination. Perhaps it came out just too late in the game?

On the flip side, Benh Zeitlin’s little-movie-that-could, Beasts of the Southern Wild, is now a contender in this Best Picture race, riding its Sundance glory strong throughout the year. And while any chance of wins for the small film remain slim, just its inclusion is a strong victory for the indie world. The same goes for Amour and the world of foreign film, Michael Haneke earning his first Oscar nomination after a long career of making masterful films that feel specifically designed not to be nominated by the Academy. – Dan M.

A shock for myself, due in large part to the fact that I didn’t care for Wallis’ stare-ahead-like-you-mean-it work in the slightest. Even to other, non-miserable folk, this is the sort of thing that, really, just doesn’t happen in the acting categories. The film came out of nowhere, for one thing, and most of the discussion has centered on direction, cinematography, or score, with performers trailing behind. For something like, I don’t know, Silver Linings Playbook — not that people talk about its cinematography or score, nor do they ignore the actors; play along — that wouldn’t be a problem. The performers in Playbook are still big and mainstream enough to snag something. There were some other actresses I would have predicted for the fifth spot (Marion Cotillard), and, while I’m not actually in that game, Quvenzhané Wallis never sprang to mind — which I may not be alone on. Should anything about this seem positive or, at least, less-than-dull, it’s that we now have the youngest- and oldest-ever acting nominees — the latter would be Emmanuelle Riva, obviously, who will celebrate her 86th birthday in the Dolby Theatre — occupying the actress category at once. Mathematically, I guess the vote would have to be split and land for Naomi Watts. Is that how the decisions are made? With math? – Nick N.

We all expected Amour to be one of the five movies nominated for Best Foreign Language Film, but it was a shock when the Academy turned a cold shoulder to France’s drama The Intouchables, a massive international hit which has grossed over $400 million worldwide. While there has been some contention regarding the actual quality of the film, its crowdpleasing nature certainly seemed to fit with Academy’s taste, but perhaps they are simply holding off the love until The Weinstein Company releases the remake in a few years. – Jordan R.

Amour Surprises In Major Fields, Including Best Picture and Director

Some of this morning’s major snubs (see: Affleck, Bigelow) are sure to ignite their fair share of confused controversy, but one thing most people can calmly and safely agree on is that the widespread recognition for Michael Haneke’s Amour represents a huge feather in the Academy’s cap. Nominations for Best Foreign Language Film, Best Original Screenplay and even Best Actress (for the stunning Emmanuelle Riva) were always legitimate possibilities, and while the same could be said of Best Picture and Best Director, it was hard not to assume that Oscar voters would pass up the film, which by conventional standards is still a chilly, austere piece of formalism. (That the film was released so late in the year by Sony Pictures Classics was another cause for concern: Were voters even going to see it in time?) But the Academy, in a stroke of great promise, carved out spots for Amour in the top category, as well as for Haneke himself (his first-ever Oscar nod). That’s a commendable gesture any way you look at it. – Danny K.

After playing like gangbusters at TIFF last year, David O. Russell’s character piece appeared to be losing some steam with critics and audiences alike. Now it’s looking more like this year’s Ordinary People, which surprised with a Best Picture win in 1981. The first film in over 30 years (since Reds, also in 1981) to earn an acting nomination in all four available categories, Silver Linings Playbook could similarly surprise by taking down Lincoln, which has emerged as the clear frontrunner. – Dan M.

Remember these movies? Neither do we. The Academy apparently did. The battle of the Snow White properties continue, joining Anna Karenina, Les Miserables and Lincoln in the Best Costume Design category. No doubt the clothes in both films are fascinating in their own ways; the late, great Eiko Ishioka’s fashion flare is the major stand-out in Tarsem’s innocent farce, while dirt and grime soil anything and everything worn by everyone (save Charlize Theron’s queen) in Huntsman. Are they Oscar-worthy? We will find out Sunday, February 24th. – Dan M.

The Master Gets No Technical Recognition, But Joaquin Phoenix Nabs Best Actor Nomination

When you’re watching The Master, there are two things that become obvious quite immediately: the film’s photography is gorgeous, rapturous and sweeping, and Joaquin Phoenix gives one of the strangest, most bizarre performances you’re bound to see in any given year. Well, in the end, the Academy ended up citing only one of these ever-evident accomplishments, leaving Mihai Malaimare Jr.’s 70mm lensing on the outside looking in. I can’t say I’m too surprised, considering how often this branch tends to screw things up. (Remember when The Tree of Life didn’t win this Oscar last year? What happened there?) But the Phoenix nod really is a great thing, a well-deserved accolade for a ballsy, out-there turn that I’m sure left many Academy members feeling cold as ice. But it’s one of those mammoth embodiments that can’t be denied, and here’s hoping that Phoenix’s Best Actor nomination — in addition to those of his excellent co-stars Amy Adams and Philip Seymour Hoffman — will convince more people to catch up with the commercially underperforming film. – Danny K.

While The Dark Knight Rises was not the critical or cultural hit that its predecessor were, most people liked the film enough to warrant guesses about one or two nominations. But the Return of the King factor — i.e., this being an epic conclusion to a popular trilogy of films whose prior installments have won Oscars — couldn’t outweigh this crowded slate, despite an extra nomination slot, and that’s kind of strange. Even if you want to pick holes in the screenplay, didn’t everyone enjoy Wally Pfister’s cinematography, especially in its stunning IMAX presentation? How about Hans Zimmer’s stirring compositions? I’d put them over a few of the other contenders in those respective categories; that Anna Karenina’s garish palette gets a tip of the hat, and that the Argo score — which I dare you to remember three seconds of — is deemed more worthy causes a turn of the head. Good thing the fanboy freakout will be quelled from early 2009. – Nick N.

For four years in a row this category could more or less be referred to as “The Obligatory Pixar Award,” but things changed last year as Gore Verbinski’s Rango rightfully won. While this fact was made easier due to Pixar’s offering being the abysmal Cars 2 (which wasn’t even nominated), they are at least in the running this year with their folk tale Brave. However, for the first time in Oscar history, it is stop-motion that rules the field, as Frankenweenie, The Pirates! Band of Misfits and ParaNorman all secured nominations. While we sincerely hope the latter gets the award, this category is anyone’s guess. At the very least, hopefully this shift gets Hollywood re-thinking the power of stop-motion. – Jordan R.

Well, not what I’d call an out-and-out shock, but didn’t you expect some stiffer competition? Right up until 8:30 this morning, the biggest threat to Lincoln’s chances had to be Kathryn Bigelow and her own historical account, Zero Dark Thirty, but the directorial shafting now relegates that film’s own nomination to something of a consolation prize. With just Beasts of the Southern Wild (too minor and, for Oscar voters, too esoteric), Silver Linings Playbook (maybe too safe, even for these schlubs?), Life of Pi (a visual wonder that leaves many cold) and Amour (too sad and too not-in-English) also occupying the dual Director-Picture slots, an acclaimed period piece adorned with acting nominations that, by the way, is also directed by Steven Spielberg couldn’t look like a clearer victor. This is not to say another nominee can’t steal the hearts and minds of the voting contingent — I could see that being Zeitlin’s low-rent fantasy, too — but, right now, DreamWorks and Touchstone might want to start ordering the champagne. – Nick N.

What snubs and nominees surprised you? Do agree Lincoln is a sure-fire winner?