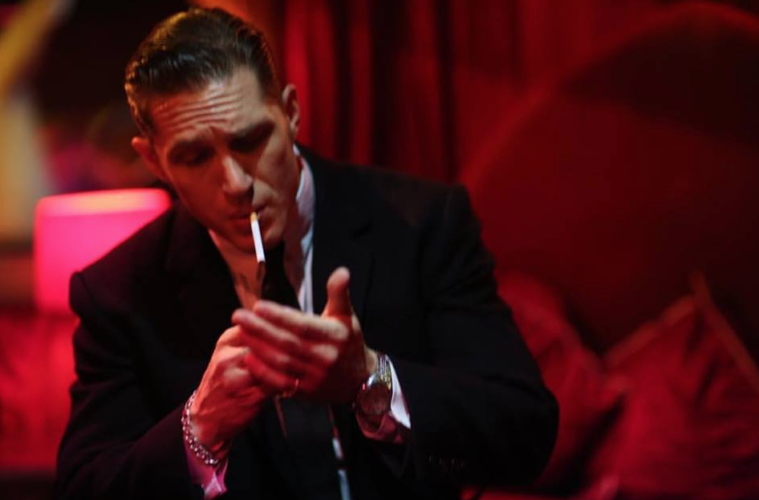 After hitting theaters in the U.K. last week (where we caught up with it), Legend, directed by the Oscar-winning Brian Helgeland, hit North America this weekend, screening at the Toronto International Film Festival. Based off the true story of 1960’s crime bosses, Ronnie and Reggie Kray, the cast includes Tom Hardy, who plays both brothers. Along with Hardy and Helgeland, co-star Emily Browning also sat down to discuss the film at the TIFF press conference.

Hardy spoke very enthusiastically about his role, going into the difficulties of performing as two different characters. “A lot of acting is about reacting,” he said. “It’s dangerous for a performer to act in a bubble, which is technically what I was doing, with myself.” When a reporter asked a question regarding Hardy’s sexuality, his easy-going demeanor quickly changed. “Are you asking about my sexuality?” Hardy responded. The reporter responded with a hesitant “sure,” and Hardy simply shut him down, stating, “Why?”

The conversation continued with Browning, who plays the role of Reggie Kray’s wife, Frances Shea. Browning eagerly spoke highly of Hardy’s acting technique and said that playing opposite of him in his two different roles “wasn’t a challenge.” She also said his work appeared to be “completely effortless.” Check out the full press conference below, beginning around the 10-minute mark.