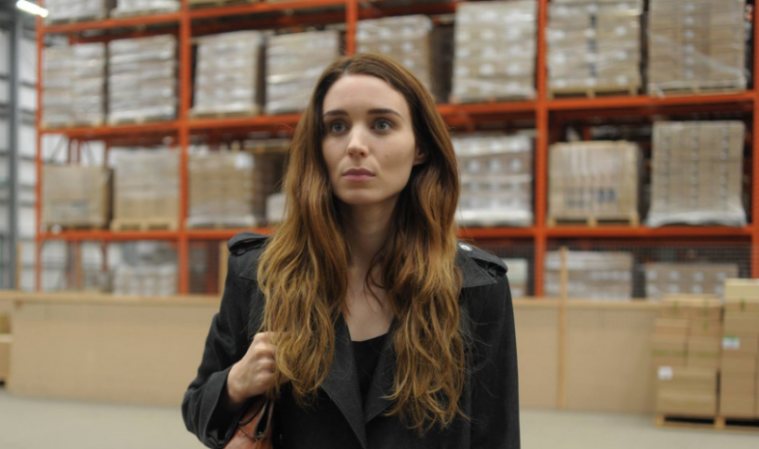 Teaming three of the finest actors working today, Rooney Mara, Ben Mendelsohn and Riz Ahmed, Una is a thriller about two people forced to revisit a passionate yet illicit relationship they had years ago. Coming from Australian theater director Benedict Andrews, the film premiered at Telluride Film Festival last weekend and now ahead of stopping by TIFF, the first clip has landed.

Featuring all three of our main leads, it shows Mara’s character confronting Mendelsohn’s character at his workplace. At first glance, it looks like remarkably assured direction from Andrews, who is making his debut here, setting the thriller aspect with an unnerving score. Check it out below and return soon for our review from TIFF.

A psychological thriller with elements of a revenge plot, this intense character-driven film is rooted in its performances. Rooney Mara (also at the Festival in Lion and The Secret Scripture) is the titular Una, and Ben Mendelsohn is Ray, the neighbour who sexually assaulted her when she was 13. A decade later, Una tracks Ray down in search of answers — but she doesn’t find the ones she’s searching for. Uncomfortable with the path she’s set out on, but unable to change course, Una must face the fact that Ray is now, in many ways, a different person from the man who abused her. But he still refuses to accept responsibility, and her anger has not abated.

In a review of Blackbird, the David Harrower play on which Una is based, theatre critic Ben Brantley wrote, “Such stories have, of course, long provided sensationalist fodder for television series like Law & Order: SVU.” But where Una diverges from television procedurals and tabloid tales is in its willingness to delve into both parties’ psyches. Mara and Mendelsohn do yeoman’s work in this respect, allowing us to understand the manifold impulses at work behind their characters’ actions.

Harrower adapted the script from his own play, and veteran stage director Benedict Andrews translates it to the screen with cinematic grace. Shifting back and forth between Una and Ray’s present and past, the film shows how events that occurred years ago destroyed both their lives, albeit in different ways. Una doesn’t demand that the viewer take sides; it dives headlong into the murky moral waters of lust, abuse, and guilt.

Una premiered at Telluride and screens at TIFF.