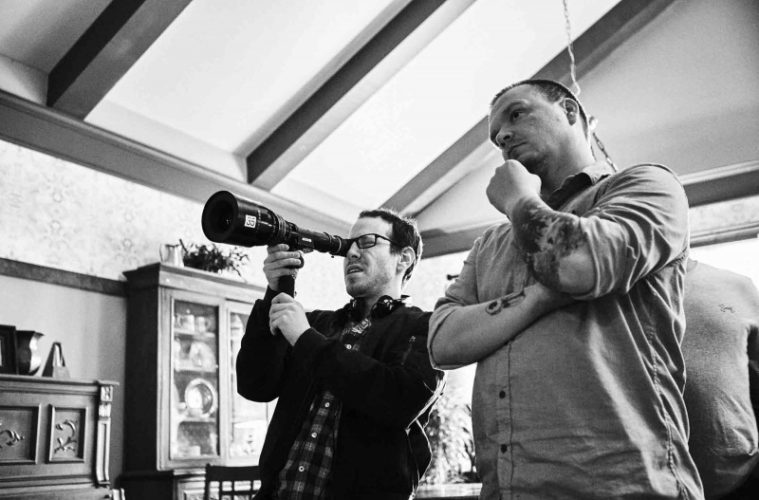 Coming hot off the immense buzz from both Sundance and South by Southwest Film Festivals, Hereditary–hitting theaters this weekend–is being hailed as one of the scariest horror movies in years, as it marks the feature-length directorial debut from Ari Aster. Interestingly though, when taking a look at Aster’s previous body of short-form work, common themes and ideologies can be found woven through the core of his narratives. Specifically, Aster’s unsettling 2011 short film The Strange Thing About the Johnsons sheds some light on his fascination with inter-familiar dramas.

The success of The Strange Thing About the Johnsons largely comes from its visual deliverance: the production design is hyper-intricate and the camera movements are ethereal, actively demanding audiences’ attention. All the while, the narrative context is enough to make many squeamish. Aster effectively creates an ideological discrepancy between the visual design of the film and the unthinkable concepts being explored within it. In a recent interview about Hereditary with Film Comment, Aster further described his thoughts on the importance of “aesthetics” within the horror genre: “I think one reason you have so many films ending up on VOD or streaming platforms right away is because horror films are the easiest to get made—a built-in audience exists for them. And so people end up making them however they can, and there’s a slapdash quality to a lot of them. Aesthetics are put second. I’m excited by the films that are aesthetically daring and interesting and bolder and ambitious… It’s just so rare that I walk out of a contemporary horror film and feel invigorated.”

Ari Aster’s attraction to the complexities of matriarchal and patriarchal relationships doesn’t end with Johnsons. Both his other 2011 short Beau and his 2013 short Munchausen delve into the multitudes of mother-son relationships. These thematics all seem to lead to his first feature film Hereditary – a film about the terrors of our ancestry and (as the title alludes to) how we inherent them. When speaking to Deadline about Hereditary, Aster explained that he “wanted to make a film that worked as a family drama first before even attending to the horror elements. The film is a family tragedy that curdles into a horror film.”

You can watch The Strange Thing About the Johnsons below (as well as his aforementioned prior shorts) below, before catching Hereditary (our review) in theaters this weekend.

As a bonus, watch Aster break down the opening scene of his debut feature below.