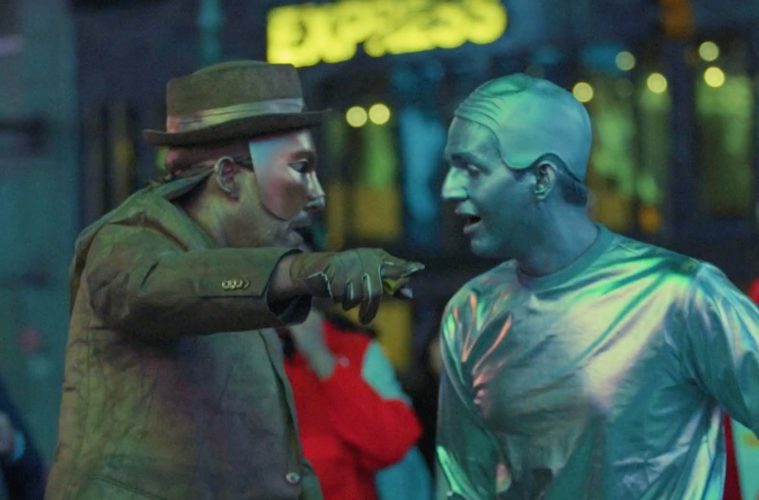 After crafting one of the most thrilling films of the past year with Uncut Gems, the Safdies and Adam Sandler are back at it again. They’ve debuted the new six-minute short film Goldman v Silverman starring Sandler and Benny Safdie. Set in Times Square, it follows two street performers who get into an altercation and, as you can see, the audience believes they are seeing reality.

Detailed in a recent New Yorker profile, the film wasn’t made during the Uncut Gems production (the majority of which took place just a few blocks away) but rather fairly recently. As they describe the experience:

“Everybody was looking at me, like, ‘Was that real?’ ” Benny said, when he rejoined the group.

Watch it below (or in theaters at Metrograph), along with a new scene breakdown from the Safdies. For more on their latest film, read our spoiler-filled feature, listen to our podcast discussion, and much more here.

Uncut Gems is now in theaters.