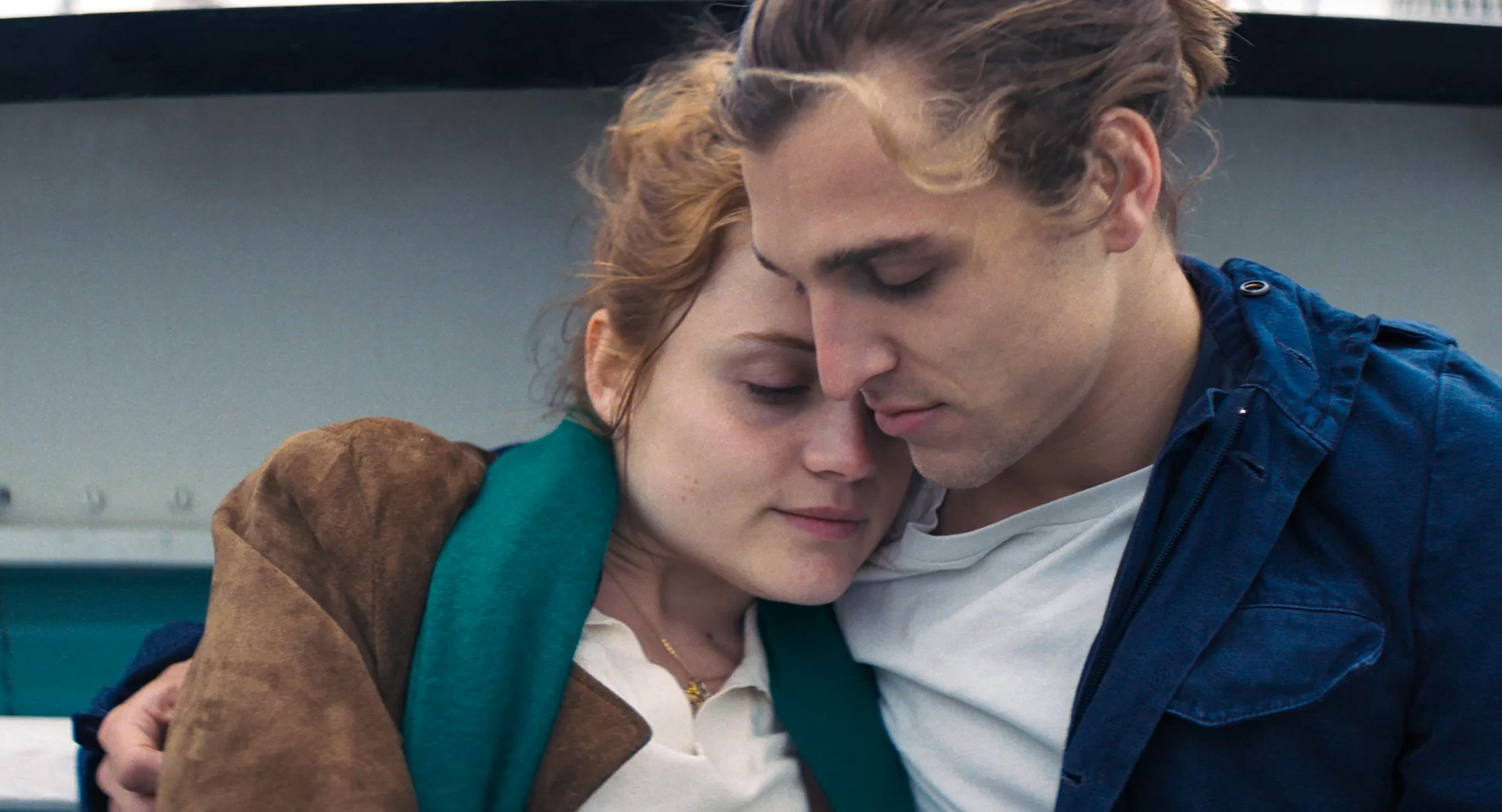 What makes a person? Mind or body? Take that line of inquiry even further and ask what it is you love about your significant other. Is it how they look or who they are? The combination of answers to these questions are infinite because we as people are too. Maybe looks or humor or generosity got you through the door, but those can’t stop you from leaving alone. At some point you must dig deeper to discover it’s the indefinable essence beneath their skin and psyche that truly draws you close. And if that’s necessary to be able to spend the rest of your life with this person who was a total stranger mere seconds before you met them, shouldn’t it also be true to love yourself?

The lucky of us who never have to ask often never think to ask, either. It’s why someone like Tristan (Jonas Dassler) can agree to go on an implausible vacation with his girlfriend solely to foster the fact that she’s willing to go somewhere for the first time in what seems like forever. All he’s doing is saying “yes.” Details of the trip are secondary. His trepidation about the emotional ramifications of what they’re about to embark on pales in comparison to the hope that his discomfort will seem inconsequential to her potential rebirth. Because Leyla (Mala Emde) isn’t doing this for fun and excitement. She’s doing it to survive. And stating that fact out-loud will always sound like hyperbole to those who cannot understand why.

Alex Schaad’s Skin Deep seeks to elucidate. By wielding a science fiction conceit wherein two people can consensually transfer their essences into the other’s body, his co-writer and brother Dimitrij and he can begin tearing down walls of gender, sexuality, psychology, and identity itself. Because while our purest self is that essence, all the other pieces that make up who we are impact its formation, evolution, and, inevitably, disintegration. Leyla isn’t mired in a “rough patch” like Tristan tells himself as a coping mechanism to deal with her obvious shift in personality from active lover of life to depressive hermit devoid of spark. Her body and brain—her very existence—have become a prison. And where the only escape had been death, this alternative promises rejuvenation.

It’s a wild premise that wastes no time dropping us into the action courtesy a brief opening prologue wherein the aged Edgar Selge gazes at the still corpse of a young woman in bed before uttering, “Papa?” Talk about a shock to the senses that only grows wilder upon meeting Leyla and Tristan on a ferry heading towards the remote island harboring this unique experimental transference. The moment they reach the shore, she sees Selge with open arms and knows he is a young woman with whom she went to school: her old friend Stella. Why is she “in” her father’s body? How did her father die while “in” hers? The Schaads will answer this mystery in due time, but for now it teases what’s to come.

The film ultimately unfolds as a series of chapters headlined by the names of our lead couple next to parentheticals holding the names of the bodies in which they are now possessing. We therefore start with Leyla [Leyla], Tristan [Tristan] before moving to Leyla [Fabienne], Tristan [Mo]—and so on. Not only are multiple actors playing the same characters, but the bodies they inhabit also inform how those characters act. They must, since no two bodies are the same. Mo (Dimitrij Schaad) calls Tristan’s body a “Ferrari” while he’s inside it, pushing it to its physical limits while still retaining his boorish sensibilities. Tristan contrastingly finds himself a shadow of the man he believes himself to be—sluggish, unable to play guitar, and alone.

Leyla, on the other hand, is like a new woman in Fabienne’s (Maryam Zaree) body. She’s running, dancing, and laughing again. Her energy is at an all-time high and her desire to be outside and around people is infectious. Is it because Fabienne is in that much better shape? No. At least not physically—not like Tristan having to deal with Mo’s body being hard of hearing. Mentally, however? Yes. She is using a new brain. A new nervous system. The physiological issues of a body wracked by anxiety and fear are gone. Pair that with the unavoidable psychological effect that accompanies a change you’ve been desperate to experience, and Leyla is ready to conquer the world. Except, now, Tristan is no longer able to join that adventure.

Enter Roman (Thomas Wodianka), an island regular. This is a man who keenly understands the miracles this process makes possible. So he volunteers his body to Leyla once she abruptly finds herself back inside her flesh and bone prison (if one of a quartet decides they can no longer remain transferred, no matter the reason, the foursome must revert to their original selves). Now Leyla can be free of her body while Tristan is allowed the comfort of his. Yet even though both are supposedly their “best selves,” the combination holds its own troubles. Can Tristan love Leyla as a man? Is Leyla still Leyla now that gender has shifted along with body? What is the price paid by leaving Roman inside her former brooding, suicidal shell?

The themes at play are thus numerous. We can look upon the plot with allusions to transgender men and women as well as those battling mental instability. Body dysmorphia and psychological impairment are ignited and quelled in equal measure, depending on where one’s consciousness is housed and, because this retreat is couples-based, where one’s love is housed. So there is a very clear physical manifestation of shedding one’s skin—at one point we worry that a character might even be willing to kill another to guarantee that skin can no longer pose a threat to their wellbeing. Where, then, is the line? Can the desire to be free become destructive in and of itself? Can changing one’s “container” render their morality impaired like a drug?

In this scenario, the transference period lasts two weeks before everyone goes home. For some that brief sojourn is enough. For others it only reinforces how desperate they are for that escape. So no matter the actor onscreen (each is brilliant here with a mix of comedic relief and pathos depending on who they “are” at a given moment), Schaad really ensures that we’re seeing beyond the surface. We’re experiencing the characters, their respective journeys, and their somber realizations that some incongruities can’t be fixed with a Band-Aid. How far then is one willing to go to love? Are you willing to listen? Are you willing to change? Or, in a poetic bit of pure compassion, are you willing to literally take on their body as your own?