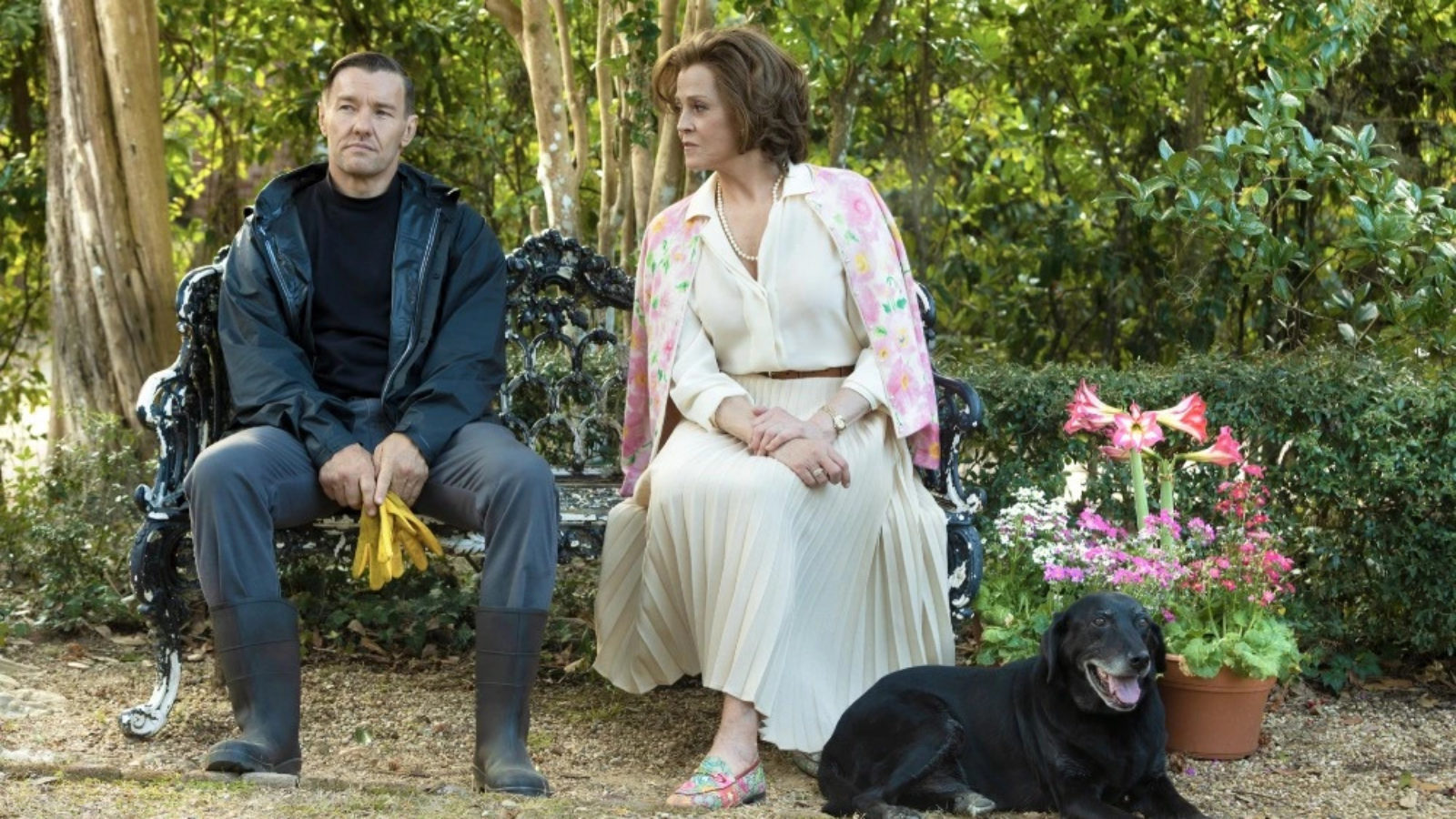 There is a paradox at the heart of Master Gardener. In their respective worlds—one of abstinence and iconography; the other of money and risk—priests and gamblers are kind of sexy. In their own ways, so are gigolos, drug dealers, porn stars, sex addicts, even taxi drivers. Gardeners? For all their charms, maybe less so. The latest from Paul Schrader rounds out an idiosyncratic trilogy: without breaking the mould, and for three films in a row, the director has placed his man-in-a-room archetype into the fraught, divided milieu of contemporary America. With First Reformed and Card Counter, Schrader could bank on audiences already being attuned to the quasi-culty vibes of his characters’ extreme callings. Master Gardener, the story of a diligent horticulturist, has a bit more heavy lifting to do; but there’s fun to be had in the labor.

This one stars Joel Edgerton (“Ethan and Oscar wanted to do it,” Schrader said last year, “but the character is an ex-thug, bit of a muscle guy, so I’m doing it with Joel”), entering the Schraderverse as Narvel Roth (what a name), a reformed white supremacist who, disillusioned by things above ground, has turned to those below. Now a horticulturist and laying low in a witness-protection program (he meets regularly with his handler in a diner), he meticulously works the gardens of Gracewood, a famous estate run by the haughty Mrs. Haverville (Sigourney Weaver, having a blast as a wine-swilling WASP) with whom he occasionally shares a bed. The savior character this time is a capricious young woman named Maya (Quintessa Swindell, more than decent in a tricky role), Haverville’s grand-niece who Narvel is asked to take on as his apprentice. In her, of course, he sees a chance for redemption.

In an interview before the premiere, the director wagered that Master Gardener would not end up on Obama’s end-of-year list (“this one’s gonna piss people off,” he told Indiewire earlier this week), as Card Counter had in 2021—surely a reference to the central relationship between Edgerton’s former Proud Boy and a much younger Black woman. That casting decision gives Gardener a razor-sharp edge, but Schrader plays it relatively safe, leaving the sleeping dogs of Narvel’s past to lie. In one moment, Narvel half-jokingly warns Maya that posting a “sexist meme” might come back to haunt their gardening team—a nod to the director’s legendary shitposting, perhaps, but one with with a hint of caution.

Has Schrader been burned too many times? This film is a lighter beast than either of his previous: the flashbacks that trouble Narvel are brief and unexplained (a road accident, a weird old man), with none of the existential weight of Reformed‘s ecological fears or the cursed images of Abu Ghraib that gave Card Counter its cosmic seriousness. Gardener‘s main antagonists are two unremarkable drug dealers (played by Matt Mercurio and Jared Bankens) with whom Maya has some unfinished business. Narvel’s main concern is how Maya will react to seeing him naked (his body being a canvas of Nazi insignia) and how Mrs. Haverville will take the news. The very best things about the film are cosmetic: the lovely split-screen opening credits; a great Dev Hynes score that winks to earlier Schrader collaborations with Jack Nitzsche and Giorgio Moroder; a batshit dream sequence that had me grinning from ear to ear.

That central paradox persists, however, and it’s a nut the director can’t quite crack. Master Gardener is not not self-aware—at one point Edgerton stares down some thugs while brandishing a set of garden shears, delivering the immortal line “I’ve done a lot of pruning in my time”—and, either way, Schrader’s commitment to the bit (during the shoot he had problems breathing and couldn’t fully see through his left eye) has a way of catching you off-guard: “Gardening is a belief in the future,” one character explains, “that things will go to plan.” Those moments of sincerity (his adherence to the transcendental in cinema) remain his greatest strength, even as Master Gardener flies close to self-parody.

When I spoke to him last year Schrader explained, “There is a group of [my] films that are like beads on the rosary.” Master Gardener is another of the old Calvanist’s prayers of absolution—honest and personal to a fault, and a satisfying close to one of the great contemporary trilogies.