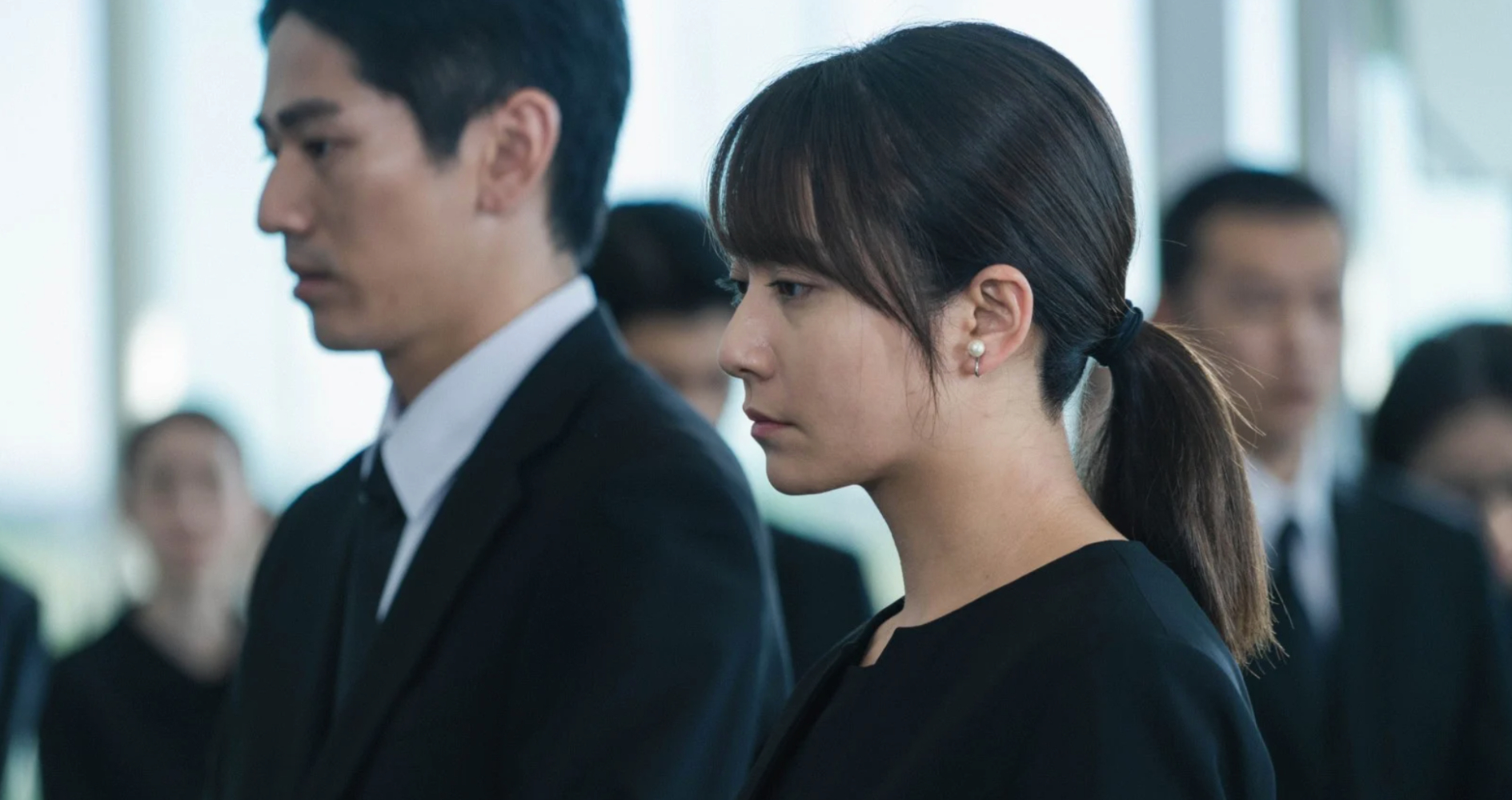 Love Life is one of those films that really wears its screenplay. The plot follows a mother’s attempts to come to terms with the death of a child, but it’s more about unusual paths the journey takes for her to get there. The director is Kôji Fukada, a filmmaker who studied under Kiyoshi Kurosawa and cites Rohmer as a key influence. The first of Fukada’s films to complete for one of the grand festival awards, it premiered this week in what has been if not the best, then at least the glitziest Venice lineup in recent memory. Amongst the stars, Love Life (named for an Akiko Yano song of the same name) is jarringly everyday in color palette and setting, but has just the right amount of scope, filmmaking nous, and unusual choices to hold its own and even stand out.

A neat film of knotty ideas, its twists and turns arrive when you least expect. Fukada begins on bland domesticity: a married couple are throwing a surprise 65th birthday party for the wife’s father-in-law, Makoto (Tomorowo Taguchi). It’s a rosy affair with plans in place for a coordinated balloon stunt, but fissures begin showing as soon as the guest of honor arrives. The woman’s name is Taeko (Fumino Kimura) and, as becomes clear, her son (Tetta Shimada) is from a previous relationship. “Have one of our grandchildren soon,” her mother-in-law Akie (Misuzu Kanno) suggests with all the delicacy of a razor. Things go further awry when the boy accidentally dies. This shock is the first of Fukada’s blunt narrative devices; the second coming at the boy’s funeral, when attendees (uniform both in their formal wear and performative grieving) are left speechless by the arrival of the boy’s Korean birthfather, Park (Atom Sunada). Drenched, homeless, deaf, and a vision in bright yellow, he proceeds to slap Taeko in the face before repeatedly slapping himself. Both break down crying.

These kinds of narrative steps become a feature in Fukada’s film and make it increasingly engrossing—Love Life is self-aware, to a point, enough that the director feels no embarrassment attempting the kind of shifts you might see in a Richard Curtis movie (if not something much earlier). An earthquake arrives at an inopportune moment, as does a postman with a consequential letter. There is a misty walk with an ex-lover that breaks into sunlight, and just before the possibility of a kiss. We witness an unlikely wedding scene late on that gets drenched in yet more rain. In the most affecting sequence, Taeko impulsively boards a ferry, an act that would have seemed outrageous in the context of Love Life‘s sterile first act.

Fukada’s film is at its best when walking this fine line between seriousness and absurdity. The knife-edge turns, navigated deftly by both director and cast, are what make it—after a while, at least—really tick. It works because, for the majority of its running time, Love Life obeys the rules of melodrama. Yet Fukada’s best trick is to undercut the heightened emotions with cold, disinterested reality: Park’s arrival at the funeral is a turning point, but the boy’s death—portrayed as bluntly as gravity—is the warning shot.

Olivier Goinard’s score is sweetly saccharine until it’s not. Hideo Yamamoto’s tidy cinematography works in nice contrast to the characters’ untidy lives. Kimura is the star of the show, brittle and resilient to the last, but Sunada’s Park is just as good, puttering around with his white-and-ginger cat, trying his hand in a warehouse job, and, after his original outburst, generally doing his best to be a pal—and you know what they say about misery and company. It’s a little trite a times, maybe a little gloomy, yet anything but predictable—I can pay it no better compliment.